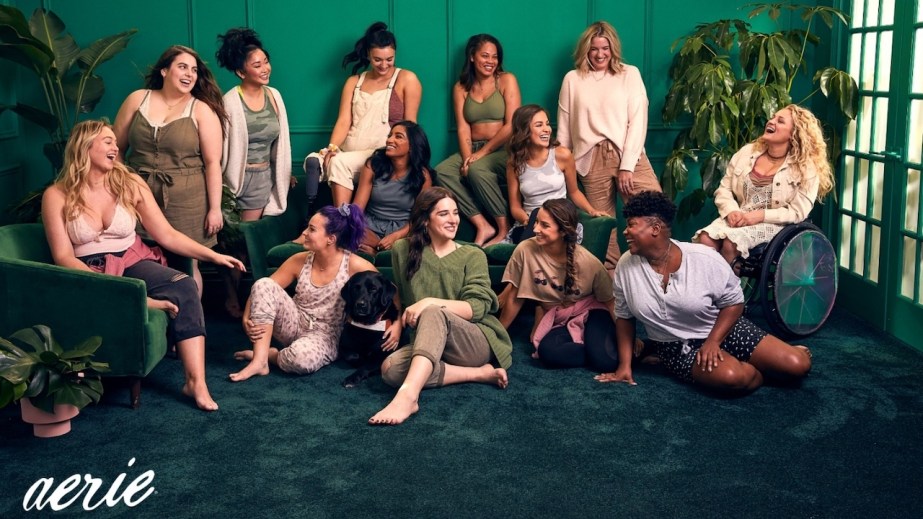 Aerie is moving into the events business with its first one-day summit set for Sunday, March 8, in Brooklyn. To attract attendees, the company is leaning on some of its brand ambassadors, whom it calls #AerieREAL Role Models, as it continues to build an engaged community of customers by focusing on body positivity and inclusivity. Aerie has also been promoting the event organically on its social media channels and through the #AerieReal blog.

Events and seminars have been popular in the beauty industry for several years now, with companies like Credo and Ipsy scaling back their events to be more intimate gatherings. Aerie is taking a similar approach with the AerieREAL Summit. In part, the summit is a way to connect one-on-one with customers, said a spokesperson for the brand. The event comes at a time when Aerie is looking to cement itself as a leader as more digital-first underwear players flood the market and Victoria’s Secret’s destiny remains unclear.

Aeire’s comparable sales grew 20% in the third quarter of 2019, representing the 20th consecutive quarter of double-digit sales growth for the company. In 2017, the brand was valued at $500 million, and plans to hit a $1 billion valuation mark in the next few years.

While many companies start events as a way to bring in new sources of revenue through ticket sales, Aerie’s plan is slightly different: Aerie has sold tickets for $25, to about 300 attendees. All proceeds from ticket sales are being donated to the National Eating Disorders Association, a non-profit supporting people affected by eating disorders. NEDA will also have a booth set up at the event, alongside a digital dance party video booth and a DIY succulent station put on by Aerie.

“We have been discussing this dream of doing a summit for years. I’ve been part of the brand for six years now, and I’ve seen the growth from Aerie. It has turned into such a huge movement. [Being part of the brand] has changed my life, and it has changed the industry,” said Iskra Lawrence, one of the original #AerieReal brand ambassadors, who was involved in creating the summit. Not all ambassadors were involved in the process. Lawrence said she had many calls with the Aerie team sharing ideas for discussion topics and panels.

Over the last six year, Aerie has been making steady moves to win over millennials and Gen-Z customers, who value mission-driven companies that stand up for issues like inclusivity, by not airbrushing models as early as 2014 and bringing on role models like Iskra Lawrence, a model and body positivity activist, to champion body positivity starting in 2016.

Attendees will have access to panels and workshops on topics like confidence, the importance of forgiveness and social causes. Lawrence will act as host of the event and speak on some of the panels, while other Aerie role models including Olympic gymnast Aly Raisman and actor Lana Condor will also be speaking. Attendees will also have the opportunity to meet with the role models one-on-one throughout the day.

The summit isn’t Aerie’s first event to date, but it is by far its largest. In 2018, the company flew some of its influencers to Miami during Swim Week for a panel discussion, and it has hosted a yoga session in Times Square for the last three years. The company has also hosted “Aerie Real Talks” in some of its stores across the country, where brand ambassadors stop by and host discussions on everything from breaking into male-dominated fields to body confidence to self-defense.

“Not only can an event can help you break through to consumers in an increasingly crowded market, but it can also allow for an authentic connection with your community,” said Stephane Colleu, president and CEO of skin-care brand Dr. Brandt.

For those that can’t attend, Aerie is relying on event-goers to post photos and learnings on social media. The brand will also use its blog — #AerieReal Life — to recap the event and share insights from the panels and workshops.

Currently the brand has 1.2 million Instagram followers and encourages customers to post photos with the hashtag #AerieReal, which now has about 225,000 posts.

“Aerie has a network where social media is the catalyst. We are all going to learn something, be inspired and share that. There are going to be a lot of takeaways from the event, and when that person starts implementing something they learn from the summit in their own life, that is going to impact someone else; I’m 99% sure of it. I personally know the impact one post can have when it’s shared on social media. That’s the power of what the Aerie community can share,” said Lawrence.