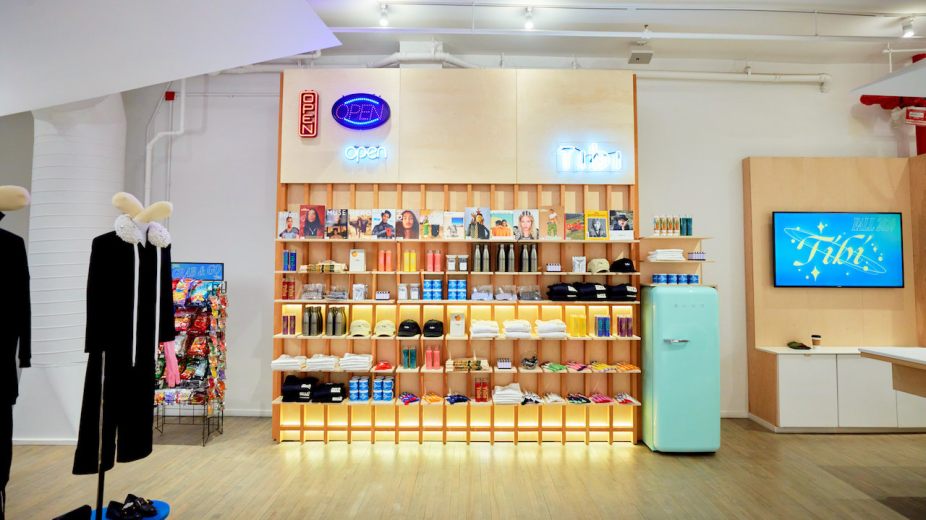 ‘A gateway’: Tibi caters to cult following with the launch of affordable merch

Today, only fashion companies with strong brands survive, and the strongest are now making merch.

This New York Fashion Week, Tibi skipped its runway show, usually held on Sunday, in favor of a four-hour event dubbed “Past, Present, Future” held at its SoHo flagship on Saturday. The emailed invite was made to look like a boarding pass and stamped with “Have a nice trip.”

Rather than models walking around in fall 2020 looks, as many expected, the focal point was a new, permanent addition to the store: a travel-themed, Instagram-perfect wall of new-to-Tibi products that were more affordable than any the brand has sold. Among them were nail clippers, neck pillows, eye masks, sweatshirts, mugs and socks, all sporting the Tibi logo and priced between $5-$70.

According to Elaine Chang, president of Tibi, the launch of a merch category made sense because of the strong “brand” the company has built since launching 23 years ago.

“The appeal of this fun merchandise can only exist because of what the Tibi collection proper is,” she said. “At this point, whether we sell a $1,500 coat or Tibi-branded nail clippers, our customer will interpret it all through the lens of Tibi because they know the brand.”

For a consumer, wearing a brand’s merch is like waving the flag for what it stands for — a means of signing on to its tribe. Many companies launching merch in the last year have established cult-like followings, including Glossier — a pink hoodie attracted a 10,000-person waitlist — and outerwear brand The Arrivals, which started selling branded socks via a pop-up in October.

“It’s a gateway for people wanting to be in the fold,” said Tibi founder and creative director Amy Smilovic. “We have a cult following, and having little identifiers helps you spot people with commonalities or who subscribes to the same things you do.”

She said the new merch was a way to offer fans something accessible, without sacrificing the quality of the core collection. Smilovic is working to make sure the lineup is smaller and more focused. Rather than being forced to wait for a sale or to find a desired style through a reseller, more shoppers can leave the store with a Tibi item.

“One of the requests I get a lot on Instagram is, ‘Why can’t you just make a $400 blazer?’” said Smilovic. “And I explain to people that you cannot make a $400 blazer that has excellent fabric with excellent workmanship. If you’re going to pay everyone correctly along the food chain, the jacket is more than $400.”

High-end companies are increasingly introducing relatively affordable products, usually accessories aimed at younger shoppers. They also provide new revenue opportunities. MCM’s vp of global digital marketing, Rita Shukhman, said the company launched socks in 2019 after noticing the style was a top-searched item on its site. The logoed socks retail for $60, while the brand’s signature tote sells for $650. In 2018, Prada’s branded socks were in the top-ten most mentioned fashion items on Instagram, according to Lyst’s Year in Fashion Report.

For Tibi, changing it up for NYFW has paid off, though Smilovic admitted that revamping the store was “1,000-times the work” of putting on a runway show. Compared to Tibi’s NYFW runway show last season, Saturday’s event, which also allowed attendees to peruse the brand’s fall 2020 collection on racks, drove a 40% increase in traffic to the brand’s e-commerce site. It also drove a 30% boost in newsletter engagement. (The email asked customers to see visit the store and see updates.) In addition, the brand saw a 10% lift in conversion over last fashion week weekend. According to Chang, the merch is “selling like hotcakes.”

Social buzz no doubt contributed. As shown on their Instagram posts, show-hopping editors and influencers swarmed to the wall of products, which is reminiscent of old Marc by Marc Jacobs store counters and their array of tchotchkes, like condoms, makeup mirrors and $15 necklaces. Attendees also hit the new Smeg refrigerator of Fiji water and the potato chip stand, full of complimentary snacks. Customers have come to expect such perks and conveniences, said Smilovic.

“I like the idea that, when customers come into our store, you can be generous and say, “Grab a water from the refrigerator,” or “Grab a chip,’” she said. “I’m not Amazon; I can’t get you something in three hours delivered to your door by a helicopter. But I can give you a bag of chips.”

Smilovic said she knows her customer — largely 25- to 55-year-old women — and with the NYFW event and other channels, she’s experimenting with ways to engage with them. In March, she launched a personal Instagram account, which she uses as a platform for talking about the brand’s focus and style. Upping such storytelling across the board has been effective.

“We saw a drop in growth, but we’ve brought it back in the past six months” said Smilovic. “[Storytelling] is working so much better than just buying 80,000 impressions on Google search. In the last year-and-a-half to two years, you’ve seen massive saturation in online businesses, and there’s so much fighting out there for your name in search. But what people are looking for is information, and they use that information to make buying decisions.”

Chang declined to share revenue and growth figures, only stating that the brand has been “laser-focused on growing the business smartly and profitably.”

Tibi has one store, which does a “very positive” business, said Smilovic. She has no plans to open more, preferring to make the flagship a unique destination. But she is looking to insert the travel-merch concept into the stores of wholesale partners, like McMullen, which has two locations in San Francisco. She’ll also sell some of the items, including the baseball caps, tees and sweatshirts, on Tibi’s e-commerce site. Socks, which the brand introduced last fashion week in attendees’ gift bags, are already there.