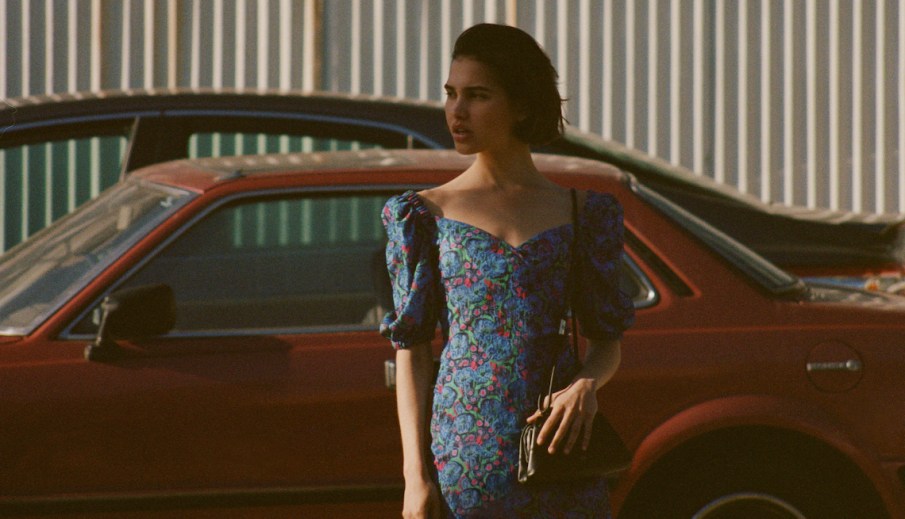 Launched in January, Creative Lab is an ongoing program focused on experiments. Ba&sh co-founder Barbara Boccara described it as a way for her team to offer “unexpected things from the brand.” In the case of the crowdsourced collection, Ba&sh published a series of a dozen illustrations of fashion concepts on its Instagram page and email newsletter for six months and asked customers to vote on their favorites. A second round asked for votes on the best colors and materials for five winning styles. This week, the crowdsourced collection hit Ba&sh’s online store under the label “Designed by You.” It consists of five dresses in a variety of styles, ranging from $330-$440, putting it at the middle of Ba&sh’s average price range.

For Ba&sh, the experiment wasn’t just a way to get customers involved with the design process, although that was a benefit. It also helped the brand predict demand and keep production in line with expected sales, said Ba&sh CEO Desiree Thompson. Future Creative Lab experiments are planned but have not been disclosed.

The focus on experimentation and innovation comes at a time of growth for Ba&sh. By 2022, the company’s annual revenue reached nearly $350 million, a 700% increase from five years prior. Ba&sh has expanded globally to more than 40 countries, as well. In 2022, sales from outside of its native country France reached more than 50% for the first time. In March, a majority stake of Ba&sh was acquired by HLD, a $2 billion investment firm that focuses on taking European brands global. At the time, HLD partner Cédric Chateau cited Ba&sh’s loyal community of customers as a reason for HLD’s investment. HLD bought its majority stake in the company from L Catterton, the largest consumer-focused private equity firm in the world.

According to Thompson, the Creative Lab experiment has already informed several strategic decisions for the brand. For example, votes and feedback its driven have inspired Ba&sh to begin exploring more size-inclusive options. Other conversations with customers led to Ba&sh’s first bridal collection, set to launch next spring.

“Our clients are an essential part of the Ba&sh brand, and finding unexpected ways to connect and incorporate that collective vision is an important part of our evolution,” Thompson said.