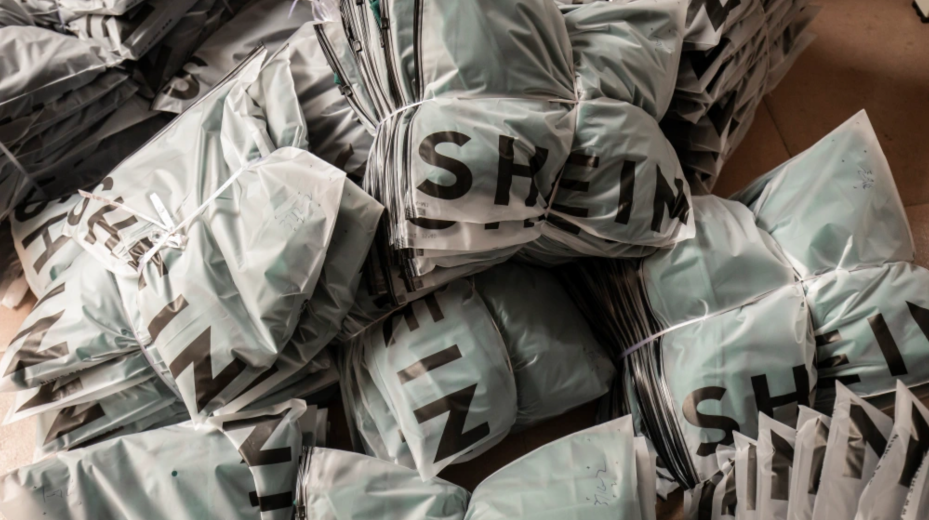 5 reasons Shein is the most popular brand in the world

Ultra-fast-fashion brand Shein has become one of the most divisive brands in fashion due to its carbon heavy production style and overall lack of sustainability credentials. Now, it’s the most Googled brand in the world, beating out Zara and Nike.

Shein, based in China, reported a $100 billion valuation in April 2022. According to Bloomberg Second Measure research, the company accounted for 40% of fast-fashion sales in the U.S. in March 2022. The 14-year-old company’s revenues have grown at a rate of 57% per year, while competitors like 20-year-old Asos hover at around 20%, according to data from Coresight Research.

Shein is thriving for a number of reasons, outlined below. However, strategies working to its advantage comes with its own deficiencies surrounding worker rights, overproduction and a lack of sustainability commitments.

The behemoth brand produces 700-1,000 new pieces a day in small production runs that allow it to test if there is interest in the style before rolling out wider-scale production. Using AI to create replicas of popular trends on a daily basis means that the customer always receives popular pieces. Many Shein garments have come under fire for copying designer brand pieces, young designer imagery and religious motifs.

Product quality is sidelined for speed and lower prices

Most of the clothing from the brand is made with cheap virgin plastic materials like polyester, nylon and other synthetic fabrics. Therefore, the items are cheap to produce, but they aren’t constructed for longevity and many end up disintegrating when washed, leading to more clothes thrown into landfills.

Shein launched a peer-to-peer resale platform in October 2022, but according to experts, its items are of such poor quality, many won’t last through secondary ownership. “It’s doubtful how much value secondhand Shein clothes even hold,” said Sophie Benson, sustainability expert and writer. “They’re cheaper than most secondhand clothing and of such low quality that it’s unlikely they’ll survive multiple owners. The fact that Shein is using data from secondhand sales to inform what to reproduce shows a complete lack of willingness to slow production. It’s just market research by another name.”

The polyester pieces are also cheap to sell. Customers can typically buy Shein items in mass hauls for under $100, which has become a Gen-Z trend on TikTok. There are over 7.5 billion views of #Sheinhaul on the platform.

Shein operates on a subcontracting style similar to food delivery companies: Manufacturers send out requests for production to a huge network of small workshops, many in unsafe “handshake” residential blocks in China. Whoever can fulfill the order the fastest receives the subcontract. This has led to a sprawling network of production across Guangzhou, which is Shein’s main production hub, and  other provinces in China. Shein has no oversight into these manufacturing hubs or worker conditions. The documentary “Inside the Shein Machine” that aired first October 17 shows the long hours, low wages and grueling conditions of the workers inside these factories. Shein has since launched an overhaul of its supply chain, in December, with an investment of $15 million. Considering the scale of its production, there’s no doubt more work to be done.

Dark patterns are a marketing strategy for user experience that mislead or trick people into performing certain actions on a site or app. The user experience tactic uses the fact that users, especially younger ones in Shein’s core demographic, scroll through websites and apps quickly, and don’t pay attention to the content. The Shein app and website use persistent notifications to alert users of multiple discounts that can be applied simultaneously. It also gamifies them, rewarding customers who log on multiple times with personalized offers. By promoting these prices, Shein actively contributes to haul culture while taking advantage of consumer psychology to sell excessive amounts of product.

Young designers on the platform are brand ambassadors

Shein has seized the opportunity to allow many young designers — who lack accessibility into the industry — to sell their designs on its e-commerce site and take part in dedicated programs, TV shows and catwalks. Backi Ball, a young U.K.-based designer who’s worked with Shein, said, “Deep down, everyone wants to be sustainable and look after the planet. That’s my goal in the future: to have a brand that will adopt sustainable factors. But at the same time, when the industry is tough enough already, it feels like you can’t let this opportunity go.”