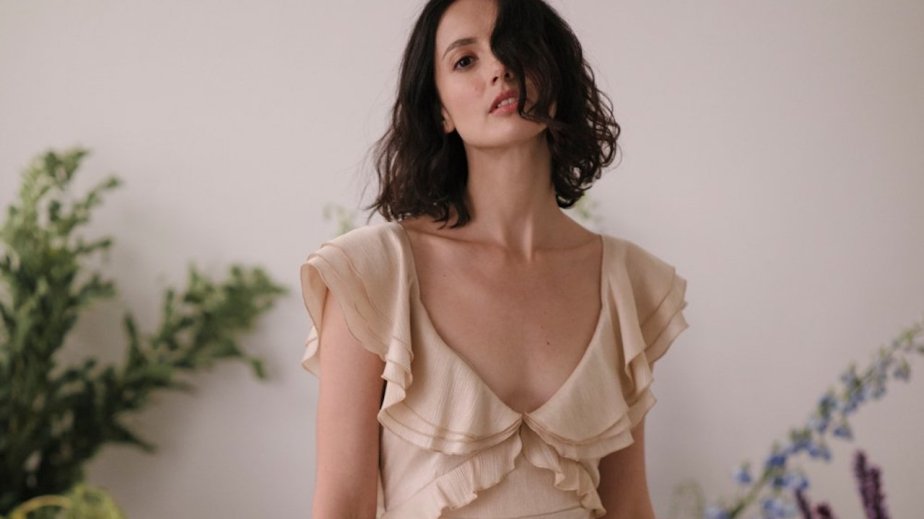 With the coronavirus outbreak pushing more U.S. brands into survival mode, a fashion brand founder, who has carried her company through a long-term regional quarantine, shared her experience as a potential playbook for struggling brands.

Founder Cheryl Leung and her team at Hong Kong-based eveningwear brand Sau Lee have been in quarantine since mid-January. Leung, who started the company in 2014, owed her ability to keep the company afloat to minimizing costs, updating internal processes and renegotiating contracts with retail partners and manufacturers. In addition, she’s prioritized overall maintenance over profitability, as well as the well-being of her employees, none of whom have been laid off.

“Hong Kong has been a ghost town for the last couple of months,” said Leung, on a call from her home located near the company’s headquarters. Since Chinese New Year, schools have been closed and locals have been working from home in the name of social distancing, she said.

Sau Lee, which does 90% of its sales in the U.S. and 70% of sales through wholesale partners, was fairly primed for the effects of the coronavirus outbreak: Leung has kept overhead low and restricted spend to investments poised to generate a healthy ROI. She has just three full-time employees and pays rent on a single property — the company’s office, showroom and retail store are located in the same space. In addition, rather than sell in-season, or via a see-now-buy-now model, the company almost exclusively produces styles ordered by retail partners, which include Revolve, Rent the Runway, and URBN brands Urban Outfitters, Anthropologie and BHLDN. For its own site, it carries a limited quantity of stock.

To date, the biggest impact on the company was the coronavirus hitting China. Sau Lee’s manufacturing takes place in the country, in factories in Shenzhen and Dongguan. Those closed after Chinese New Year, forcing delays in fulfilling retailers’ orders, which resulted in significant discounting and cancellations. It also held up the production of style samples and new collections.

To get through it, the company promoted available styles, and provided regular status updates to partners and customers. The factories are up and running now, as coronavirus cases in China have dwindled.

As for Hong Kong, its coronavirus cases were greatly decreasing earlier this month. In the past two weeks, the city has seen a second wave of cases and a return to necessary social distancing, suspected to be due to students returning home from the U.S. amid campus closures, said Leung.

Sau Lee’s Hong Kong store has seen a sharp decline in sales. It has remained open, but Leung eliminated weekend hours due to zero foot traffic.

Employees take turns: One works in the store, and another works in the office, packing and shipping local orders. All avoid public transportation and wear a mask on their commute, said Leung. The rest of the staff works from home, checking in with daily calls and check-ins throughout the day.

“Basically, all local sales are online,” said Leung. “We’ve had to pivot the way that we work so that we can continue fulfilling orders. A lot of businesses in Hong Kong are taking the strategy of minimizing on-site employees, for safety reasons. And local post offices are closed, so we’ve moved on to couriers like FedEx and UPS, which are more expensive.”

To safeguard the company amid current U.S. sales roadblocks and declines — Sau Lee has a warehouse in New Jersey, which is now under lockdown orders — Leung has pushed back and reduced the wholesale orders placed with the company’s factories, assuming clothes were not yet manufactured. She’s also applied deeper-than-usual discounts to any overstocked styles to retain some cash flow. In addition, she’s turned the company’s attention to local sales.

“We increased our focus on the U.S. while Hong Kong was at a standstill,” said Leung. “But U.S. sales have seen a sharp decline in the past two weeks, so now it’s flipped the other way.”

That’s meant a local marketing push via Instagram campaigns centered on motivating followers to dress up while staying home, like “Formal Fridays” and “Date Night In.” The company teamed with popular influencers in Hong Kong to get them off the ground.

Moving forward, Leung plans to establish partnerships with other struggling companies across industries, including local restaurants, to increase brand awareness.

“We are taking the time to do the things we don’t usually have time for, so that when people start shopping again, they’ll remember us,” she said.

In addition, she plans to further diversify the company’s target markets and to expand its focus to other categories beyond eveningwear.

“We’re an occasionwear business; we mainly do dresses — and obviously every event has been canceled. For the next month or so, we’re going to continue to see declines across the board. Dresses are just not a priority.”

So for now, she’s looking forward.

“We’re revising our budget, and we’re cutting our target [sales goals] down,” she said. “The second quarter is a bit of a write-off, but hopefully by June or July, we’ll see an uptick in sales when people can start living normally again. In China, people are starting to go out again. If that’s any indication, we’ll be looking at a healthier third and fourth quarter of the year.”