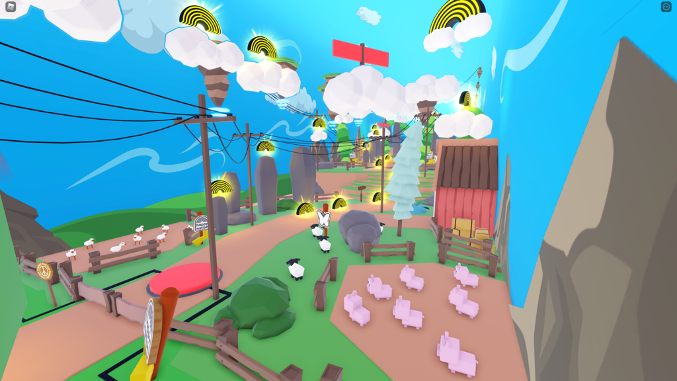 Victoria’s Secret’s brand Happy Nation is targeting a specific Gen-A tween market through a new Roblox obby launch this week. The launch comes in the form of three Roblox obbys, or obstacle courses, themed around the brand’s pillars of community, empowered giving and planet. The metaverse launch comes only two months after the brand was added to the VS portfolio. The majority of Roblox players, 67%, are under the age of 16.

In January 2021, the VS team was looking for white space, following the company’s recent rebrand. It found was there wasn’t a dominant brand for tweens that was inclusive in its offering, leading to the idea for Happy Nation. The new brand focuses on a younger, more environmentally conscious tween consumer. Victoria’s Secret hopes to bring in a new generation of shoppers to its portfolio, which also includes VS’s Lingerie, Beauty and Pink.

Susan Anderson, vp of creative at Happy Nation, said, “Back in May, we had billboards across over 100 games on Roblox, and now we have entered the space with this new experience. It was really important to build Happy Nation with a digital-first mindset from the beginning.” This digital-first element is becoming more common with youth-focused brands like Cider, Forever 21 and Pacsun. The Happy Nation obby games were designed with child technology development company Super Awesome, which has previously worked with Nike and Netflix on tech products made with online child safety in mind. “We wanted to make sure we were doing everything in a safe way,” said Anderson. “Partnering with Super Awesome made sure that we were building a safe experience for kids.”

During the obstacle courses, the players can collect rainbows, which fill up their “happy meter.” Players can also use the rainbows to collect merch to get a free tote bag. Although the game ends at the end of July, users can keep the Happy Nation items in their inventory forever.

The game also features a donation element, in which users playing the game can transfer their points to donations. Players can track their donations on a leaderboard in Roblox and donate underwear to those in poverty through the Undies for Everyone charity; this is Happy Nation’s s first philanthropic partnership and will be expanded in the future. Once a player finishes all the obstacle courses, their name is featured on-screen, along with a tally of the pairs of underwear Happy Nation has donated. So far, the counter is at 280. The game launched on June 15.

“The word ‘metaverse’ has a certain level of cachet in the headlines,” said Brian Trunzo, lead at crypto platform Polygon, emphasizing how brands are keen to break first ground in the space. “Brands are very aware of that, and they want to position themselves as future-proofed, forward-thinking and as well-positioned as possible to win Gen-Z and Gen-Alpha customers.”

“We’re focused on Roblox, and there’s just so much more [we want to do on social media] to come. We’re on YouTube and TikTok, so far, and we’re just going to be agile and learn,” said Anderson.