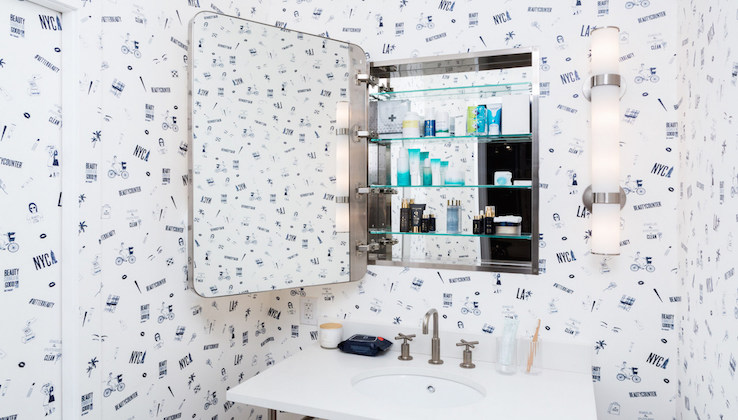 The peer-to-peer beauty selling concept has undergone some changes in the past year: Beautycounter, which was founded in 2013 and relies on its 40,000 specialists to sell its clean cosmetics, opened a brick-and-mortar store. Heritage brand New Avon launched a podcast, and Avon Products Inc. (the international and legally separate Avon brand) debuted a skin-shade matching app to ride the inclusive foundation moment. Glossier, too, wants in on the action, as it announced its plans to create its own social network for selling products.

In November, Beautycounter’s store opened in the Soho neighborhood of New York City, thereby becoming a full omnichannel brand. (Along with its army of sellers, the brand also sells its cosmetics through its e-commerce site.) According to Gregg Renfrew, CEO of Beautycounter, it is the brand’s attempt to be wherever the customer wants.

“Direct and social selling has always been an important part of our strategy, because we know our story is best told person-to-person, [but] we are multichannel in order to meet our customers how and where they like to shop,” she said.

Renfrew added that social selling was necessary to start the brand five years ago because it was a useful tool to scale the business and to educate the customer around clean beauty. Though the company declined to specify sales numbers, it was on track to generate $325 million in annual revenue by the end of 2018, according to Business of Fashion.

Alison Bringé, CMO of marketing analytics platform Launchmetrics, said peer-to-peer and social selling are still relevant as a business model, but that “big shifts” are occurring in the digital age. For example, Instagram launched a shoppable tab in the Explore page in September, after experimenting with a shopping feature in November 2016. This is allowing peer-to-peer sellers, who are effectively micro-influencers or “key opinion leaders,” to further leverage social media in their businesses. “I would never discredit the woman in Oklahoma who has a strong social network as a local, key opinion-leader,” Bringé said.

Glossier, meanwhile, is building out “Phase 2” of its brand via the development of its own social network, although details are scarce. The millennial-minded company, which is expected to exceed $100 million in revenue in 2018, currently dabbles in social-selling through its online-only rep program, which launched in July 2017. (This includes 500 reps and operates as an affiliate program. Sellers are given their own landing page on Glossier’s website to include their favorite products, along with a coupon code.)

This strategy of a beauty brand building out its own network allows the company to “own” the channel, compared to using a “rented” one like Instagram, YouTube or Facebook, which they can’t control, said Kamiu Lee, CEO of influencer marketing agency Activate. In a rented channel, any brand’s social media strategy could be thrown off by the latest algorithms or features, whereas operating its own social network means that Glossier gets to offer people closer proximity to the brand.

“[Glossier] is allowing creators to have their own platform, but one that is still owned by the brand,” she said. “It’s providing individualization and allowing the influencers something to talk about on their own channel — like Glossier [products].”