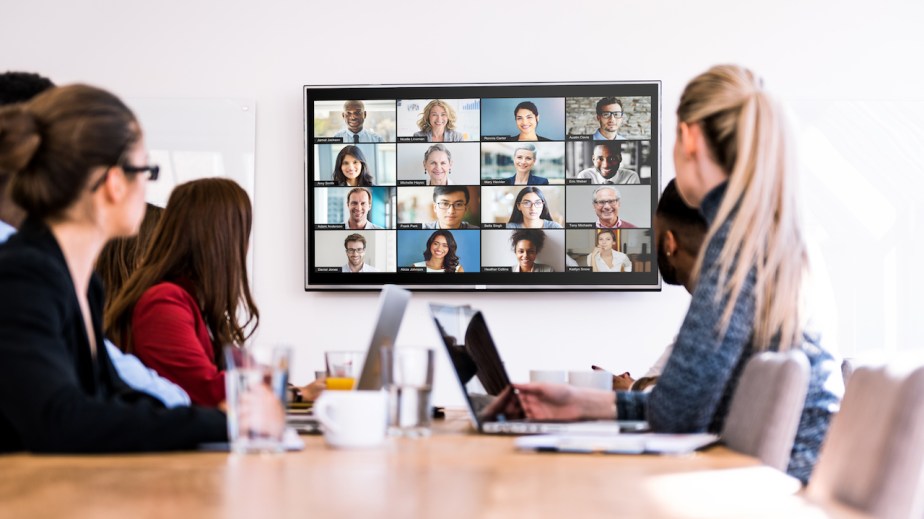 Zoom emerges as a community platform for beauty brands

As Zoom’s role in the brave new Covid-19 world has expanded from a videoconferencing tool to a social outlet, beauty companies are using the platform to interact with both employees and consumers. Zoom has become an experimental go-to for unveiling new product launches, hosting beauty classes and even conducting happy hours with brand fans.

Zoom use has skyrocketed since the coronavirus quarantine period began. Although Zoom hasn’t shared the exact percentage increase, it is currently the most-downloaded app in the U.S., according to App Annie. Apptopia reports that the company’s daily active user numbers increased by 378% year-over-year as of March 22.

DTC beauty startup Trestique has been organizing public Zoom events for two weeks now, inviting followers on Instagram as well as members of the media to participate. On Friday evening, the brand hosted an event combining a beauty masterclass and a happy hour on Zoom, asking users to mute their microphones and type questions in the chat area. PR firm Poke PR, meanwhile, has set up product demonstration events on Zoom between its beauty clients, including Farmacy and Briogeo, and members of the media.

Use of Zoom for consumer-facing events previously “hadn’t been commonplace,” said Jeannette Ornelas, a senior digital marketing analyst at Comperemedia. “I think with the fact that Zoom use, in general, has surged for both professional and personal use, brands are kind of like, ‘Well, people are already using it; we might as well find ways to engage with them.’”

“I think every brand right now is testing as much as they can,” said Jenn Kapahi, CEO of Trestique. “People want to see people. We’re all human and we’re missing the connections that we had before.”

Trestique has used Instagram Live before the quarantine period, but began using Zoom in March. “Usually we use [Instagram] Live for education,” as in beauty tutorials or product demonstrations, said Kapahi. “But now [livestreaming] has sort of shifted to become more of a social gathering — less educational, less about the products, more about who we are as human beings.”

Gen Z- and millennial-favored skincare brand Glow Recipe also held a Zoom-based happy hour on Friday, opting for a more freewheeling approach in which the founders, Sarah Lee and Christine Chang, chatted directly with fans from around the world. One superfan signed on from India at 3:00 a.m. local time. The event had been promoted to followers on the brand’s Instagram Stories.

But that level of complete interactivity comes with its risks. Glow Recipe’s event was cut short when it was “Zoombombed,” prompting the founders to abruptly invite users to join a new meeting by direct messaging them on Instagram.

As Zoom has become ubiquitous, Zoombombing has risen as a serious problem that prompted an FBI warning about the practice. Examples of its most innocuous form can be found on TikTok, where users share passwords for their online classes through hashtags including #zoomclass, and pranksters show up to say ridiculous things for laughs. But organized Zoombombing groups on the dark corners of the internet, like anonymous imageboard site 4Chan, have also paved the way for hate speech and harassment to proliferate. Outside of the beauty industry, Chipotle became the most prominent brand victim of Zoombombing on March 17, when a user started blasting pornography during its branded quarantine Zoom series.

This leads to questions of whether or not Zoom is the right tool for brands to use for consumer-facing content. “It depends on the audience and how public you’re making it,” said Ornelas.

When asked about whether or not it is undertaking any initiatives around consumer-facing events, Zoom declined to comment. The company’s CEO Eric Yuan said in a blog post on April 1, “We now have a much broader set of users who are utilizing our product in a myriad of unexpected ways, presenting us with challenges we did not anticipate when the platform was conceived.”

Some brands have opted for more private versions of Zoom meetings. Clean beauty brand Indie Lee, for example, held a beauty masterclass in March that users were required to register for ahead of time using EventBrite. A representative from Glow Recipe said the brand will be enacting more privacy settings in the future.

Meeting managers also have control options like keeping users muted or kicking them out of meetings, features that were in place before the Zoombombing surge. Starting on April 5, Zoom made virtual waiting rooms default and started requiring passwords to enter calls via Meeting ID to curb abuse.

If brands solve the Zoombombing situation and continue to rely on the platform, the major remaining challenge will be attracting enough users to join sessions. According to Ornelas, “The brands that are best positioned right now are those that had already been cultivating audiences [on social media].”