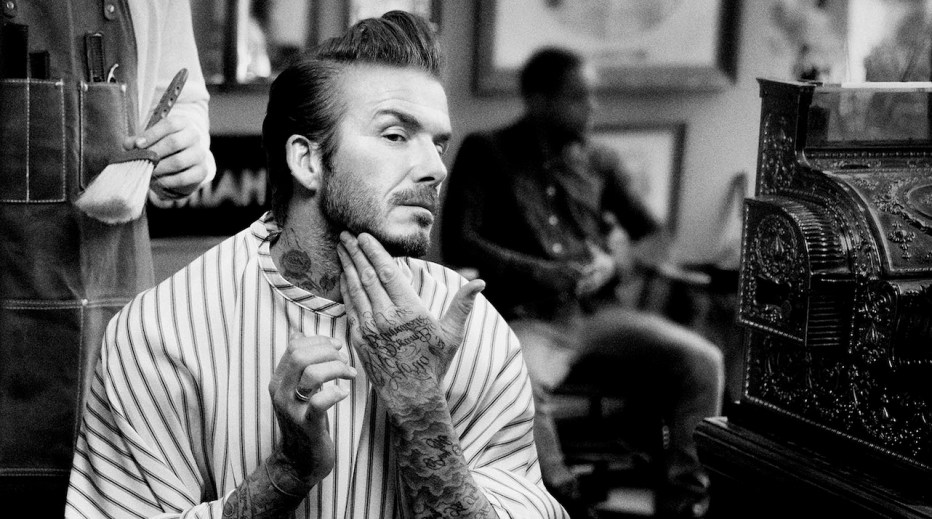 Male celebrities are expanding beyond cologne-licensing deals and sponsorships to start their own grooming brands.

As the male grooming category undergoes a renaissance with more, better products, and it becomes more culturally acceptable for men to partake in beauty routines, celebrities like Idris Elba, Karamo Brown and Bollywood star Salman Khan are launching new lines. Previously, male celebrities were not as outwardly a part of the celebrity-backed brands hitting the market. Meanwhile, their female counterparts like Rihanna, Kylie Jenner and Jessica Alba, among others, have founded beauty brands and made themselves boatloads of cash while crafting identities as entrepreneurs.

Celebrities such as television and radio host Ryan Seacrest and athlete David Beckham were early to the trend. Seacrest debuted a men’s skin-care line in partnership with Dr. Lancer (and brought to market through a subsidiary of Guthy-Renker) in Feb. 2017, while Beckham’s brand House 99 launched with L’Oréal Group in Jan. 2018. Recently activity in the category has increased and without the aid of a larger conglomerate. “Queer Eye” TV star Brown launched Mantl, a grooming brand for bald men, with co-founders Peter Ricci and Irene Kong in February, while Khan debuted a DTC personal care brand called Frsh in May. Mantl is sold DTC and will enter into Nordstrom in June, plus it’s building a professional network through salons and barbershops. British paper The Sun, was the first to report that actor Elba filed trademarks for dozens of products such as soaps, aftershaves, bath products and various cosmetics in January under his lifestyle brand Sable Labs which he runs with his wife Sabrina.

“In [past] generations it was a struggle to get men to use more than a basic toothpaste, body wash or hair products,” said Kong, Mantl chief product officer. “The trend now is that you can take care of yourself and still be masculine; it’s why we’re seeing more male celebrities becoming interested in consumer products and launching their own brands.”

Kong and Ricci said that Brown was an appropriate partner for Mantl because both he and the brand represent an ethos of accepting difference and representing modern concepts of beauty and masculinity. Kong added that one benefit of celebrity-backed brands is the free earned media value that comes with it, considering the high customer acquisition costs of social media today. That’s true to an extent, but brands shouldn’t count on it too much. For example, House 99 has earned a total of just over $7 million in EMV since its launch but that began to dramatically decline shortly after its debut, according to Tribe Dynamic data. House 99 declined to comment for this story.

Scott Kestenbaum, Maesa Group Chief Growth Officer, which is the incubator behind brands like Kristin Ess Hair Care and actress Drew Barrymore’s Walmart-exclusive brand Flower, said he was skeptical of male-celebrity backed brands having a larger impact on the market. He cited male celebrity fragrances, such as those by singers Justin Bieber and PitBull as being unsuccessful products even during the height of celebrity fragrances.

“I do not believe the lack of success here is based on gender, but rather one based on business model and authenticity,” he said. “The rise of female-based celebrity brands took a pivot point when female founders stopped acting like licensees and started acting like entrepreneurs. When celebrity or influential men have the courage to do what their female colleagues have done, and take off that licensing hat and become entrepreneurs, that will be the moment when these attempts will actually turn into a trend that can withstand the test of time.”

Dustin Cash, SOS Beauty founder, which has incubated brands like Summer Fridays and Patrick Ta Beauty, also said he sees a whitespace to be filled in male celebrity-backed grooming brands, but only if there is authenticity and an active founder-partner. He declined to say if SOS Beauty is developing any such brand at the moment, but he and Charlene Valledor, SOS Beauty president, said that men today feel more empowered to shop for themselves and they’re finding that traditional male products are no longer suitable to their needs.

“Male celebrities want to be part of something beyond being just a celebrity,” said Peter Ricci, Mantl CEO. “It’s not just about putting a celebrity on a magazine with a bottle of product next to them. That does not resonate with people; it does not represent a lifestyle where you can see them using it or see it in their bathroom.”