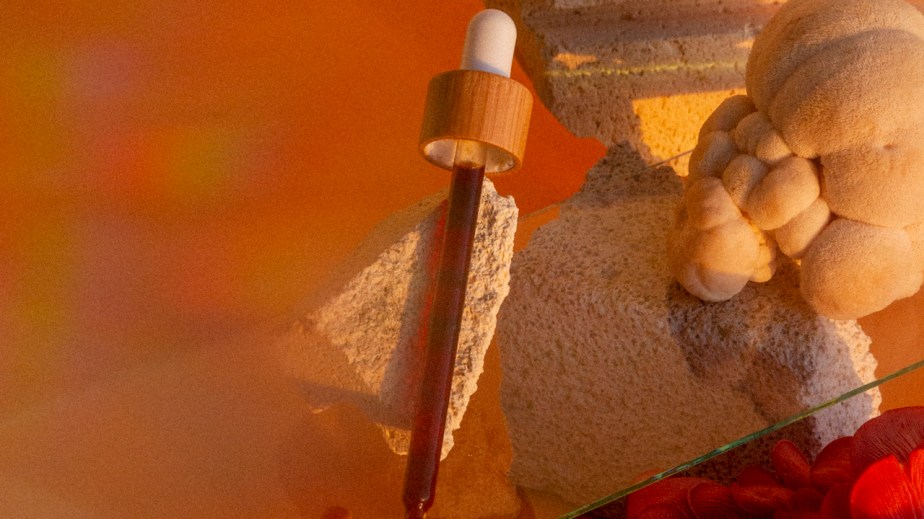 From adaptogens to psychedelics: What’s next for wellness’ mushroom obsession

After successfully traveling through the niche wellness-to-mainstream pipeline, mushrooms are set to get more “magical” with the prospect of wider legalization of psychedelics.

An adaptogen craze went mass in 2020; consumers can find mushrooms in just about anything these days, including supplements, coffee, tea, jerky and even beauty products. The global functional mushroom market is said to be worth $23 billion this year, with a projected compound annual growth rate of 5.6% over the next five years. With currently legal mushrooms being touted for their health benefits, the recent news on psychedelic legalization in Oregon has mushroom-related wellness startups closely watching the shroom opportunity on the horizon.

“Over the last year, I’ve seen it really take off,” said Shane Heath, the founder and CEO of mushroom tea startup Mud\Wtr, of the mushroom wellness market in the U.S. “At any pre-Covid social gathering in L.A., everyone there was a founder in the mushroom space, in some capacity.”

Inspired by mushroom coffee startup Four Sigmatic, Heath began making his tea as a coffee alternative when working in the tech industry. He experimented with a mixture of chai, turmeric, and mushrooms including cordyceps, reishi, chaga and lion’s mane — ingredients he called “vessels for certain superpowers, almost.”

The inspiration to turn the concoction into a full-blown business came “after drinking it and bringing it into the office, to festivals,” he said. “Friends just [began] asking me, ‘Dude, what are you drinking right now?’ And I just started calling it ‘Mud.’”

Originally found at niche wellness retailers like Goop and CAP Beauty through brands like Moon Juice and Sun Potion, mushroom-infused products are now widely available at major retailers. Mud\Wtr, for example, is sold not only at L.A.-based wellness grocery store Erewhon, but also nationwide at Urban Outfitters and Free People. It will launch at Thrive Market and Equinox in 2021. Mushroom wellness startup Rainbo, known for its mushroom tincture supplements, sells at mainstream retailers such as Nordstrom and Free People.

Mushrooms have caught the interest of VC firms, bringing a tech startup mindset to the market. “I skipped the farmers’ markets and went straight to building a subscription model,” said Heath, of the brand’s DTC business. The company has raised a total of just over $5 million in pre-seed and seed funding from a range of VC firms including M13 and Alpha Bridge Ventures, as well as angel investors such as Nick Green, the founder of Thrive Market.

Mushrooms have also found their way into the mainstream beauty world. Ulta and Sephora stock Four Sigmatic coffee. Shoppers can buy Youth to the People’s adaptogen deep moisture cream with reishi at Sephora, or Acure’s adaptogen-infused hair conditioner at Ulta. In August, Pacifica Beauty launched a “Mushrooms & Caffeine 7% Solution” to combat puffiness and irritation as part of a new skin-care line. Specialty beauty companies have been at the forefront of the shroom beauty craze: Clean beauty brand Mara released a vitamin C serum and a supplement with reishi earlier this year, stating that the adaptogens “calm sensitivity and redness.” The Detox Market stocks the brand, as well as other mushroom-infused items like a “Bio-Shroom Rejuvenating Serum” by Bio-Phile.

Eating mushrooms has been associated with better brain performance in scientific research. The use of the word “adaptogens” is common in mushroom wellness products, although the science so far on their benefits remains inconclusive.

Psychedelics, meanwhile, have been the subject of a growing body of clinical research. In November 2019, Johns Hopkins Medicine launched the Center For Psychedelic Research with $17 million in donations. Researchers there are studying psilocybin, the chemical found in psychedelic mushrooms, for a wide range of uses, including as a “new therapy for opioid addiction, Alzheimer’s disease, post-traumatic stress disorder (PTSD), post-treatment Lyme disease syndrome (formerly known as chronic Lyme disease), anorexia nervosa and alcohol use in people with major depression,” according to the center’s description.

Mushroom supplement startups are already incorporating an eventual expansion into psychedelics into their business models. Gwella Mushrooms Inc. launched in Toronto on November 2, describing itself as a “life sciences company and brand house with a focus on adaptogenic, medicinal and psychedelic mushrooms.”

In November, Oregon became the first U.S. state to legalize psychedelic mushrooms for therapeutic use. The Canadian government, meanwhile, has been approving the medical use of psychedelics for individual patients.

Classified as a Schedule 1 drug in the U.S., psilocybin has been undergoing a renaissance in recent years as interest in its benefits for mental health and wellness has been on the rise. It was especially popularized by Michael Pollan’s 2018 book “How to Change Your Mind,” and has been designated a “breakthrough therapy” by the U.S. FDA. In the first season of Goop’s Netflix series “Goop Lab,” one episode is dedicated to trying psilocybin in Jamaica, where it is legal.

Because psilocybin is not yet legal in Canada, Gwella is focusing on the typical adaptogenic supplements, for now, with the intention to “eventually” make psychedelics available, said Gwella co-founder and COO Stefany Nieto. The brand is launching in the U.S. via its DTC site with a gummy product in January. It will launch supplements, a drink, and a mushroom-growing kit later in the year.

“Everybody saw the big cannabis gold rush once it started becoming legal across Canada, and we realized, ‘OK, well, what’s next?’” said Nieto.

Rainbo also offers supplements with adaptogenic mushrooms like lion’s mane and cordyceps. But its founder, Tonya Papanikolov, said that “psychedelics played a huge role for me personally, in my healing and also in the inspiration behind Rainbo.”

Mud\Wtr donates a portion of profits to the Multidisciplinary Association for Psychedelic Studies (MAPS), and launched a podcast in April that features guest experts on psychedelics and other mushroom- and wellness-related topics.

“People are used to button mushrooms, especially here in North America. In certain parts, there’s a big gap. We want to build a community of knowledge, education and experience,” said Erin Cochrane, co-founder of Gwella.

Like cannabis, the first step toward legalization of psychedelics is to allow them for medical use. As a result, a host of medical startups have sprung up to develop psychedelics for mental health treatment. The nascent industry has attracted the backing of tech billionaires — Peter Thiel, for example, invested $125 million in ATAI Life Sciences, which backs psychedelics startups like Compass Pathways.

Canada-based startup Field Trip Health is taking a multi-pronged approach in its development of its psychedelics business. The company runs clinics offering ketamine therapy, and is developing its own psilocybin alternative, while also cultivating mushrooms where it’s legal to do so.

“Expecting we’d see a wellness market focus on natural products like the mushrooms themselves emerge, we wanted to do some R&D and be prepared to really be at the forefront of cultivation,” said Ronan Levy, founder and executive chairman of Field Trip Health. “As we learned from the cannabis industry, cultivation at scale in a way that meets all the analytical testing requirements isn’t as easy as just building a bigger box.” The company works with 25 different varieties of mushrooms in Jamaica and is looking into the possibilities for Oregon, “as soon as we have clarity on the regulations,” said Levy. He predicts that the legalization of psychedelics will not mirror that of cannabis.

“The biggest difference in the path that psychedelics are taking is that it’s being led by science and medicine, whereas with cannabis, it was more grassroots activism,” he said.

“I think it will look different than the legalization and recreational use of cannabis, just because we’re dealing with a really, really different substance and medicine,” said Papanikolov. “We don’t really know what it’s going to look like from a recreational standpoint. And additionally, there’s a lot of research that still needs to be done.”

Mind Cure is another Canada-based psychedelics startup focused on a combination of psychedelics for medical use and mushroom-based supplements for consumers.

“We like the idea of being proactive with our wellness, as opposed to just the old, classic model which is, ‘Wait until it’s broken and then prescribe something,’” said Kelsey Ramsden, president and CEO of Mind Cure.

While many startups are focused on psychedelics specifically for medical use, Gwella hopes legalization will someday allow it to create psychedelic products for the “in-between population,” said Cochrane. That includes those who don’t need them for medical reasons, but rather are interested in “self improvement” and “looking to expand our consciousness.”

As for the prospect of becoming legal recreationally, Nieto said, “50 years ago, people might have thought, ‘Cannabis is never going to be legal,’ and here we are today.”