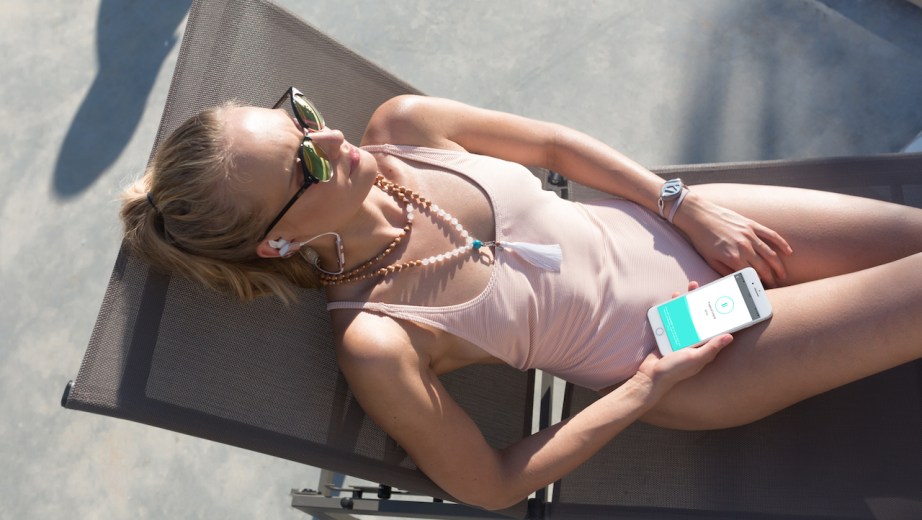 Wearables are pivoting from fitness to wellness

The wearables market has grown over the past decade, and now a new generation of tech wearables is looking to differentiate itself by looking to the buzzy wellness industry for growth.

The industry and definition of wellness has expanded to incorporate aspects of mental health, fitness and physical health, beauty and more, resulting in a new class of consumerism and ample opportunity for companies to tap into it. In the past few years, wearables brands Bellabeat, Oura and Motiv have launched, focusing more on a holistic approach to health and less on being performance-oriented. Instead of fitness bracelets, they’re packaged as necklaces, rings or water bottles. And, in addition to the usual sleep tracking, heart rate and pedometer functions, their features include guided meditation, menstrual-cycle tracking and integration with Amazon Alexa.

“You see so many fitness and wellness [wearable] brands right now, and they are uniquely aware of their competitors. They are thinking outside the box in order to be the best,” said Aimee Gaudin, international head of marketing at Smartech stores. U.K.-based Smartech is a retailer situated within luxury department store Selfridges and began selling Motiv rings on Nov. 15.

Smartech itself is designed to bridge the gap between lifestyle and technology. In store, it sits between Selfridges’ tech, home goods and lifestyle departments. Currently, Smartech is negotiating with Selfridges to display and sell Motiv rings in Selfridges’ beauty section as a marketing opportunity for the brand, Gaudin said.

“A lot of high-end department stores focus on fashion and don’t have much tech, so I always [position] our products as a fashion product, but for Motiv, I will [position] it as a beauty product first,” she said.

Motiv’s customer base runs the gamut from “tech nerds to trendy moms,” according to Tejash Unadkat, CEO of Motiv. The company had initially anticipated that it would attract a similar customer base to Fitbit, which is known for its fitness fanatics, but in fact the brand “rarely” attracts them, he said. Motiv has consciously marketed itself as a holistic device, with a strategy of being placed in mainstream stores, instead of fitness or early-adopter tech ones, in order to continue to expand its customer base. For example, last month the brand began retailing in Nordstrom in its seasonal health and wellness section, showcasing the sleep-tracking function of the device.

“Internally, we say the Motiv ring is not a fitness ring but a smart ring that has features around security, convenience and health,” said Unadkat.

Overall, the wearables market is expected to see $42 billion in sales in 2019, according to Gartner, with $16.2 billion specifically on smartwatches. Fitbit earned its first quarterly profit since the third quarter of 2016 in early November by focusing less on fitness and more on mainstream smartwatches. Bellabeat, the female-focused wellness wearable, is also delving into the watch category with the launch of Time on Dec. 6, which looks like a classic analog timepiece. Since the brand launched in 2013, it has primarily focused on associating itself as a beauty and wellness device, according to Urska Srsen, founder and CEO of Bellabeat.

“It’s very much a beauty product because beauty is a strong component of women’s wellness,” she said. “We see beauty as a reflection of the love and self-care you invest in yourself.”

The brand is sold through retailers like Neiman Marcus and John Lewis in the U.K., in addition to its own e-commerce site. Its other smart products include a water bottle and a clip-on device that can also be worn as a necklace or bracelet. Bellabeat markets itself to the average woman who is neither a tech early-adopter nor a gadget enthusiast, Srsen said. Instead, they look for women who are equally interested in fashion and beauty as they are in wellness.

By focusing on the $4.2 trillion dollar wellness market, these brands are attempting to avoid the pitfalls that traditional fitness tracker companies like Fitbit have experienced in the past with slow growth due to a niche focus on performance-oriented devices.

“This is something we have to make retailers understand,” Srsen said. “Our customers are shopping in wellness and beauty; they aren’t looking in the tech and fitness section. We aren’t just educating retailers on where they should be displayed, but we’re also educating them on a new category around the intersection of tech, beauty, wellness and fashion.”