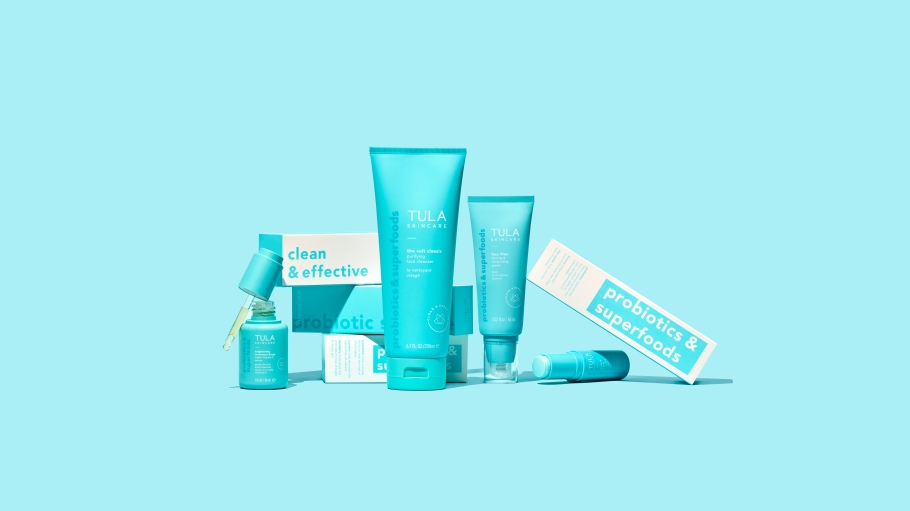 Tula pushes into Chinese beauty market while others exit

Following its acquisition by P&G in January, Tula is quickly scaling into international markets — namely, China.

Tula kicked off its expansion in China in July with a launch on Tmall Global e-commerce site and social media, e-commerce platform Red, and social platform Douyin, the Chinese version of TikTok. It has had other, lighter communication strategies on WeChat and Weibo since July. Savannah Sachs, CEO of Tula, declined to share sales expectations for the Chinese market but said the company is focused on international expansion broadly. Direct-to-consumer e-commerce accounts for approximately 50% of sales, Sachs said in a previous Glossy interview.

Launching into China in 2022 is no easy feat. Both economic and political pressures have made it increasingly challenging to successfully operate in the country, even for more prominent brands with bigger coffers. As of July, Estée Lauder Companies-owned Too Faced no longer operates its cross-border e-commerce partnership with Tmall Global. According to WWD, this was an “adjustment in distribution channel,” but will not affect the brand’s long-term strategy. Additionally, fellow ELC-owned brand Glamglow exited Tmall Global around the same time.

Elsewhere, brands like Snickers candy, Gap Inc. and Delta Air Lines, and even actor John Cena, have found themselves in the U.S.-China political cross-hairs by referring to Taiwan as a country. China maintains that the self-governing island is part of its territory and has increased its threats of annexation, including by force.

Major companies, including ELC, Shiseido and P&G have seen sales declines in China, further impacting their ability to penetrate the market. For P&G, greater China organic sales were down 11% in the fourth quarter year-over-year, mainly due to Covid-driven lockdowns in significant market regions. But despite the persistence of Covid-19 as a global health issue, companies are still optimistic that its impact will not be long-term.

“The Chinese market offers very attractive growth rates and value-creation opportunities for us,” said Andre Schulten, CFO of P&G, on the company’s fourth-quarter earnings call in July. “As mobility returns, as department stores reopen, as we develop stronger capability in digital channels and as we refocus our business on the core brand equities, we see progress. The progress is still relatively slow because mobility is only just reopening.”

Tula began its foray into China 18 months ago by commissioning market research, focus groups and even at-home product trialing. Sachs said there was considerable interest in the brand’s doctor-founded story and probiotic beauty products. Tula works with an undisclosed local partner in China for marketing, advertising and influencer relations.

Within its marketing, Tula is highlighting its doctor-founded origins with Dr. Roshini Raj and its products’ clinical efficacy. Tula has relied more on Gen Z, alongside young millennials, than it has before to push into the market — it has a core customer average age of 32 but also over-indexes with Gen Z. The brand contracted over 200 key opinion leaders between July and the end of September, intending to translate the brand’s science and tailor it to Chinese customers. Those KOLs will mostly focus on livestreaming to communicate Tula’s message to their audiences on Douyin. According to previous Glossy reporting, about one-third of Tula’s DTC revenue is driven through influencer affiliate marketing.

Tula also hired Shirley Chen as vp of international in Jan. 2021. Sachs said that experienced hires like Chen, who has been in international beauty operations for 20 years, and working with a separate partner on the ground in China can help the company avoid the pitfalls of its peers.

“China is so complex that you need to take your time and walk before you run,” said Sachs. “We’re focused on building a strong foundation to start solidifying our differentiated brand and product positioning. … [A brand] needs to be incredibly thoughtful and strategic about how you’re positioning your brand to make sure that you have a right to win [in the market].”.

In China, livestreaming and live-stream shopping are more mature, compared to the U.S. According to a 2021 report from McKinsey, a 2020 survey showed that two-thirds of Chinese consumers said they had bought products via livestream in the past year. Chinese live-stream shopping sales are expected to reach $423 billion by 2022. Meanwhile, live shopping events in the U.S. generated an estimated $5.6 billion in sales in 2020. U.S. livestreaming is projected to reach nearly $25 billion by 2023, according to Coresight Research,

“We’re encouraging our partners and content creators to localize and to translate the science of Tula in a way that’s compelling for the Chinese consumer,” said Sachs.