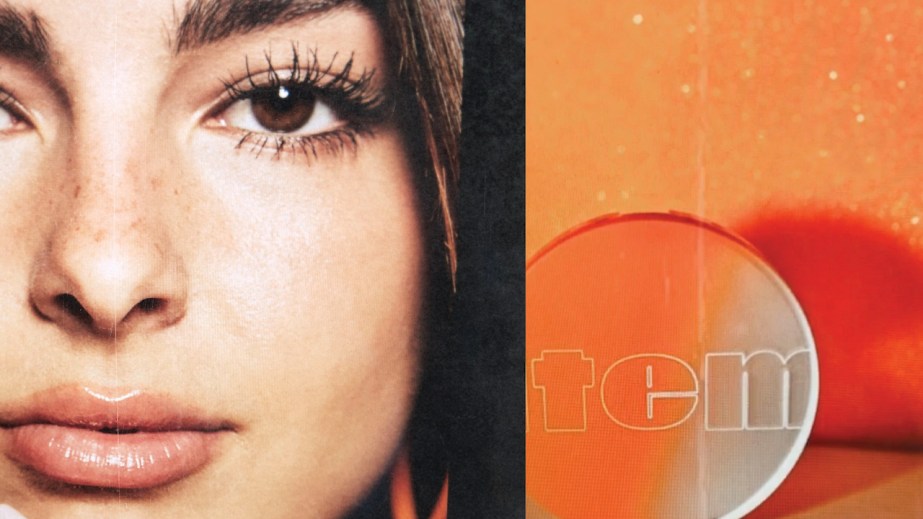 Launched in partnership with brand incubator and Ipsy sister company Madeby Collective, Gen Z-focused Item Beauty was officially announced on Monday after being teased on Easterling’s social media accounts the week prior. Beginning with a collection of six makeup products, Item Beauty will be exclusively sold on its own DTC site starting on August 11 and will be featured in Ipsy’s Glam Bag starting in September.

With Easterling serving as the face of the brand and holding the titles of co-founder and chief innovation officer, Item Beauty fits in with Madeby’s concept to develop new brands for “communities whose needs have not been fully met” and partnering with “remarkable individuals who resonate deeply,” said Jennifer Gosselin, the general manager and senior vice president of Madeby Collective. This is the second brand to be launched by the incubator following vegan makeup brush brand Complex Culture Beauty in November 2019. R&D for these brands have been facilitated using data Ipsy gleaned from its 25 million community members.

TikTok beauty brand launches, like Item Beauty and the D’Amelio sisters’ Morphe 2, have arrived quicker in these influencers’ careers than those of beauty YouTubers. Patrick Starrr, for example, just launched his brand last month after vlogging since 2013, while Jackie Aina announced her brand last month after being active on YouTube since 2009. Other influencers who have launched beauty brands in the past, such as Huda Kattan, were also vlogging for several years before doing so.

“The speed with which these influencers have grown is certainly unprecedented,” said Ryan Detert, the CEO of influencer marketing platform Influential. “Someone could gain 10 [million] to 20 million followers in a few weeks if they go viral. It’s a very viral platform.”

“What we’re seeing is a growth in beauty itself,” said Gosselin, of why these new launches are happening so quickly. “The beauty industry has just exploded in the last five, seven years. Both of those things are happening simultaneously. There’s also a reach for beauty and skin care at an earlier age, perhaps, than there has been in the past.”

Easterling’s account, @addisonre, launched in July 2019 and is the second most-followed on TikTok with 54 million followers. Her fame on the platform skyrocketed her to celebrity-level status in a matter of months. She recently helped give new friend Kourtney Kardashian, who has 2.3 million followers, a boost on the platform after filming several videos with her.

Regarding a potential TikTok ban, Gosselin said she is “not terribly concerned.”

Easterling “has a reach that is obviously very strong on TikTok, but it’s also strong on Instagram; she really is breaking out beyond just TikTok.” Instagram is Easterling’s next most popular channel, where she has 24.8 million followers. Regarding a potential Microsoft acquisition, Gosselin said, “My guess is that if Microsoft were to acquire TikTok, they would really look to amplify what makes it such a delightful experience for users and continue to drive down that path.”

Item Beauty’s TikTok marketing strategy will focus on organic engagement generated largely from Easterling’s account, rather than paid advertising. The potential for social commerce on TikTok is also a future possibility, said Gosselin.

“We are definitely looking at different ways down the road, in terms of engaging with TikTok on commerce, which is something [TikTok] is exploring as well,” she said.

The brand is also in talks with potential retailer partners, which it has not yet named. The focus on DTC to start will aid with data gathering, said Gosselin. “We will have better insight into the relative strength of various products and also the relative strength of various geographies. So it will just help us go into a more robust retail distribution.”

Using data from Ipsy, the brand promotes elements intended to appeal to Gen Z, including clean, vegan, natural and dermatologist-tested ingredients, and a message of self-acceptance. The brand also uses Gen Z-friendly lingo for its products, such as the Lash Snack mascara with a tagline of, “Hangry lashes? We’ve got a snack for that.”

Gosselin said 19-year-old Easterling’s natural look also appeals to a Gen-Z audience, stating that she uses beauty to “enhance what she has, rather than change who she is. And that really represents the core of what is so refreshing about Gen Z’s ownership of a new set of norms.”