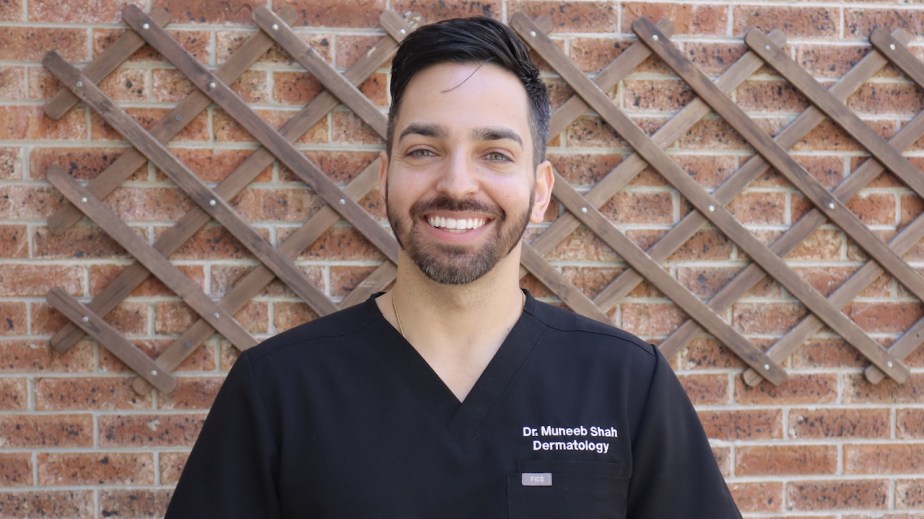 When Dr. Muneeb Shah, better known as @dermdoctor launched his TikTok account in May 2020, he didn’t anticipate that 4.3 million followers and 66.7 million video likes would follow.

“Our clinic slowed down quite a bit, so I started to make videos, just very basic education videos,” said the dermatologist from Wilmington, North Carolina. “And people were asking so many questions about skin care. I realized there was a huge void of information on TikTok that we could fill.”

As Covid-19 slowed in-person office visits, doctors across specialties are joining TikTok’s growing platform. Within the skin-care space, this has led to the rise of “DermTok.” Whether teaching users about rosacea or explaining sclerotherapy procedures, practicing dermatologists have gone viral on TikTok with their bite-sized skin-care advice. They are finding they can quickly and easily debunk misguided ideas and prevent skin-care disasters, from at-home microneedling or dermarolling to clickbait leech facials.

For Shah, he worried specifically about the way skin care misinformation was quickly disseminated on TikTok and thought the platform’s duet feature was an easy way to stop the spread.

But not all users watching DermTok videos are skin-care novices. Boise, Idaho-based dermatologist Dr. Dustin Portela, aka @208skindoc, said his relationship with his 1.1 million followers is one of mutual respect and, unexpectedly, joint learning.

“I’ve learned a ton from the social media followers that I’ve had, and that’s been eye-opening to me because I didn’t have that expectation going into it,” he said.

The new found social media fandom has brought new clients into doctors’ office, including those who may have been intimidated by a traditional dermatology visit in the past. And when these social media skin-care aficionados visit, Portela and Shah agree that they have a higher level of skin-care knowledge than patients before. “They are coming in, and they already know quite a bit about their skin issues, and they’re often using good products,” said Portela. “[TikTok] has facilitated an opportunity for more education.”

However, combining the desire to educate with the realities of social media can be challenging. New York City-based dermatologist Dr. Angelo Landriscina, aka @DermAngelo, worries about the “capitalistic” implications of social media for his 248,000 followers. “I sometimes get discouraged, because product-based content, which just tells people what they should be buying, rather than teaching them something new, oftentimes gets far more views than content that is purely educational,” said Landriscina. “I hope that my following isn’t looking at the content I put out and missing the point. Get the medical attention that you need, rather than buy a ton of products.”

Of course, TikTok’s platform has its own benefits and challenges for any user. For starters, the platform’s algorithmic support of organic content leads to massive views for new creators. “It’s hard to grow anywhere else as fast as you can on TikTok,” said Portela.

At the same time, the platform’s 60-second limit also demands quick and entertaining content, not necessarily a natural fit for medical information. “You may have a video that goes viral, but you may have had 400 other things to say about that topic,” said Portela.

Shah said that the key is simplicity. “You have to be very selective about what topics you talk about and try to be as simple as possible. People have to understand what you are saying almost immediately,” he said. Thus, the platform is arguably a better fit for a quick ingredient rundown rather than a full skin-care routine or a deep dive into rosacea that could be addressed on YouTube or IGTV. Landriscina added, “Talk fast!”

Moreover, some content just isn’t fit for social media, full stop. Viewers need to keep in mind that a general education video is not a substitute for a doctor’s consultation, said Shah. “It’s important to get the right diagnosis and not totally rely on videos,” he said. “The information out there is good, but there’s that nuance that you miss when you don’t see someone in person.”

Ultimately all agree that, despite the challenges, their forays from medicine to TikTok have been important, scaling their ability to educate millions of fans. Dr. Shah offered one side effect of his side hustle: “[A follower] said, ‘I decided to go to a dermatologist because of your videos. They found skin cancer, and it’s only because of your videos that I went.’ That alone is enough,” said Shah.