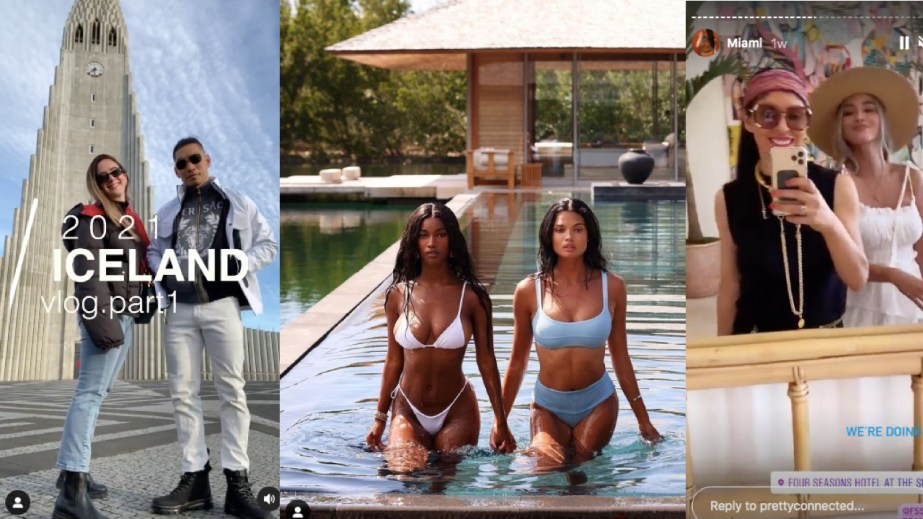 The influencer trip is back (sort of)

Before the pandemic hit, influencer couple Leo Chan and Alicia Mara were living the dream, jet setting to a new destination each month for brand events. After nearly a year and a half of staying put in New York, they finally embarked on their first brand trip last month — as the only two influencer attendees.

The pair flew to Iceland for the launch of fragrance brand Creed’s new Viking cologne, marking the brand’s first in-person event since the start of Covid-19. As vaccination rates climb and cases continue to slow in the U.S., Creed is one of a handful of U.S. brands starting to bring back the influencer trip, complete with pandemic adjustments.

“The idea was, how do you deal with a pandemic and still have a very impactful event?” said Emmanuel Saujet, co-founder and CEO of ICP, Creed’s distributor of record in North America. The brand hosted a concert with local Icelandic artists that was broadcast on its site on June 1. Chan and Mara promoted the event with behind-the-scenes footage on their social channels, and online viewers were able to sign up to receive a free sample of the fragrance in the mail.

The logistics of planning an international influencer event are “really, really challenging,” said Raissa Gerona, chief brand officer at Revolve, which just held its first international influencer trip since the pandemic began. The event, which was held two weeks ago in Turks & Caicos, featured 23 influencers and models including Jasmine Tookes and Chantel Jeffries, as well as a performance by Saweetie. The planning process included ensuring compliance with the destination and U.S. entry and exit requirements, as well as confirming all attendees were vaccinated, which Revolve required. Revolve had previously held two in-person events since the pandemic began: its socially distanced Camp Revolve event in October 2020 in Arizona and its 200-person Revolve in Bloom event at Paramount Studios in Los Angeles in March 2021.

“It’s really our bread and butter to do a lot of these trips and our events,” said Gerona. In pre-pandemic times, the e-tailer held around nine influencer trips a year.

In order to host influencer trips again, brands not only needed to follow regulations, but they also needed to ensure their timing was acceptable according to the greater public. Influencers have faced backlash throughout the pandemic for being seen on social media flouting Covid-19 guidelines to travel or party.

“I don’t think anybody got any backlash whatsoever with traveling” after the Turks & Caicos event, said Gerona, who noted that Revolve is hosting another event in Bermuda in two weeks. She said this “continues to signal that the world is ready for things to reopen.”

International trips are especially tricky, as regulations are constantly changing during the pandemic. Alexandra De Lara, ICP senior director of social media and corporate communications, said of the Creed Iceland event, “We didn’t know [up] to the minute we were getting on the plane if it was actually happening.” To get into Iceland, foreign visitors need proof of vaccination or proof of a prior Covid-19 infection, and they must take a PCR test upon landing and quarantine until they receive the results. For Chan and Mara, that was an eight-hour wait. In order to receive the vaccine to be able to go, they had ventured out to Staten Island when New York appointments were hard to come by.

“We felt a lot safer traveling after being vaccinated and all these PCR tests, but I don’t think we would have felt as comfortable a few months ago,” said Mara, who noted that she had declined an earlier offer for a brand trip during the pandemic.

Some brands are opting to keep their influencer trips more local. When Clorox hosted a Memorial Day weekend wellness event for Burt’s Bees and other brands at the Four Seasons Miami, it hosted local Miami influencers, though one, Lara Eurdolian, flew in from New York.

“I really didn’t know what to expect from the whole flying process,” she said, noting this was her first influencer trip since the pandemic began. The event activities were conducted outdoors, including beauty services, yoga classes and meals. “Everyone’s just in such a great mood to be vaccinated,” said Eurdolian. “They hadn’t seen a lot of their influencer friends in a long time.” For the Clorox event, all staff attending were vaccinated and most influencers were, said Burt’s Bees PR Patrice Sherman, an organizer of the event. In May, Florida Governor Ron DeSantis signed a law stating that businesses were not allowed to require vaccinations.

“The vaccine being available [and] widely adopted” in the general population “was an important benchmark” for deciding to get back into in-person events, said Sherman, as were the new, looser CDC guidelines on gatherings. The organizers held frequent temperature checks, and masks were required indoors.

“We really had to look for a property that had a strong Covid protocol and enforcement policy,” said Christina Cassera, svp of cross-functional and experiential events at Tractenberg & Co., which organized the event. “We kept reminding people to spread out and just follow different rules and regulations.”

Rather than diving straight back into a full calendar of events, brands are proceeding with caution, for now.

“We’ll continue to evaluate things based on the qualitative aspect: How are people feeling about events and attending them? What’s their comfort level [and] confidence level?” said Sherman, “And then, quantitatively, what are the CDC guidelines? What are the right protocols to have in place? And how feasible are those? It will be a mix of those factors, but we’re definitely moving in that direction.”

This return to in-person activations remains valuable for brands.

“We live in a virtual world right now, and it’s kind of a fake world if you think about it. It’s not real,” said Saujet. “How do you come back and bring back reality and meaningful moments?”