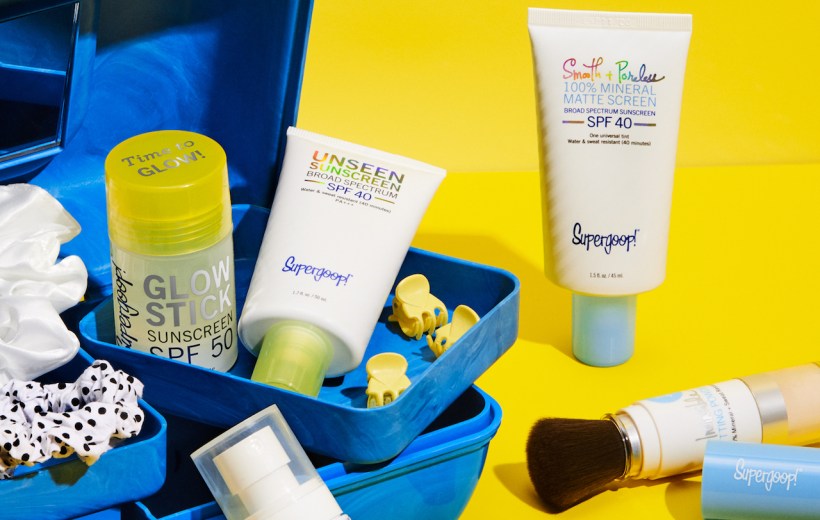 A cosmetics sales dip during its Covid-19 outbreak has made China’s beauty market more competitive than ever. Add a host of successful local startups into the mix, and the environment is relentless.

That isn’t stopping indie beauty brands from entering the market, however, as they tap into China’s digital ecosystem to reach trend-driven millennial and Gen-Z consumers on platforms like Taobao Live and Bilibili through local influencers.

In the latest edition of Glossy+ Talks, a series open to members of Glossy+, SuperOrdinary founder and CEO Julian Reis discussed the world of indie beauty in China, including what it takes to enter the market in terms of e-commerce, social media and influencer strategies.

Glossy+ members can access the full video of the Talk and Julian Reis’ slides below.

On the importance of being on all channels
In China, “it’s not just Instagram and TikTok; it’s many, many channels, which all have their own independent ecosystems around them,” said Reis. “They all have their e-commerce function, so Bilibili, Youku, Tudou and some of these other platforms have become increasingly important. The importance of entering China is that you have to realize that one channel may start to pick up in speed, where one will decline. And if you’re not there to chase the traffic, you will miss out on some of the biggest opportunities.”

“It’s a 360-degree approach; we have to be able to operate on every channel and not just the main Tmall.”

“China is a high-risk, high-reward investment. I think that if you’re thinking about entering China now, you should do it and start having that conversation immediately. The reason is that the incredible competition is going to make it much more challenging in the years to come if you’re not there already.”

He predicted that “we’re going to see a lot more of the domestic brands taking market share,” such as the native startup Perfect Diary. “We’re going to see many more of these brands start to come into the market, and that’s going to force a lot of competition among the brands that we represent in China.”

Shifting marketing RMB to livestreaming
“What we’ve learned during the Covid crisis is that we had to remove some of our advertising expenditure from going toward some of the traditional channels to working with [many] more KOLs and livestreaming. We increased our livestreaming spend by 40%, which was a very dramatic increase, but it paid off because our bet was that the home consumer is looking for more entertainment rather than hard selling. We approached a lot of live-streamers who had a much more entertaining feel to the way that they talked to the consumer.”

And, he said, China’s livestreaming boom is a sign of what’s to come in the U.S. market, where IG Live has taken off during the pandemic.

“It’s interesting that the U.S. market has been slow to adapt to this model,” he said. “But I do believe the U.S.market will eventually get there. I think livestreaming is extremely effective to build brand awareness.” He recommended: “You have to be prepared to do volume. We have brands that we operate in livestreaming that do over $1 million a day on livestreaming and sales, but there’s a lot of planning beforehand; the storytelling has to be important.”

Indie beauty as the new status symbol
“Two years ago, when we first launched, it was all about the best ingredients. We had Farmacy and Drunk Elephant that were really talking about ingredients on the label, and the brands were really resonating with the Chinese consumer. And then, what we’ve started to see more, are these lifestyle brands that have come up.”

These include brands in the category of  “personal care, shampoo, conditioner and skin care, [which] are starting to really resonate, as well, because it’s a badge of honor to be able to afford these products in the first place and to have them in your medicine cabinet or in your bathroom.” He said that displaying upscale niche products is a “proud moment” for many consumers “and people will start to share that considerably.”

Forget the founder
One social media strategy that is popular in the U.S., but not in China, is the growing emphasis on the brand founder. “The Chinese consumer is not as concerned about the founder’s story,” said Reis. “I think in the U.S., there’s a lot of credence given to the founder. In China, I think they assume that everyone’s smart to start your own brand,” but people are more concerned with “the efficacy of a product and the testimonials.”