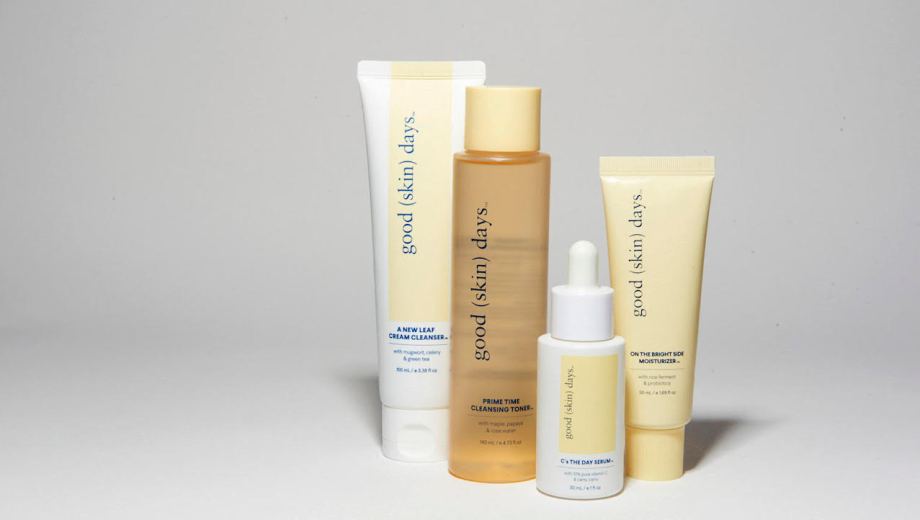 Soko Glam, the 8-year-old, K-beauty e-commerce site, is launching its own products through a newly formed brand incubator.

On Monday, the retailer launched its first brand called Good (Skin) Days, which is only sold through SokoGlam.com. Good (Skin) Days features a full routine of four products: a cleanser, a serum, a moisturizer and toner, that retail for $16-$26. That was driven by the fact that Soko Glam customers gravitate toward staple products and affordable price points. It is also the first brand developed by Soko Glam Labs, an incubator with the company’s own team of chemists and aestheticians, as well as other K-beauty experts. Soko Glam Labs plans to launch an additional two brands in 2020.

“We’ve tested thousands of products over the past eight years,” said Charlotte Cho, Soko Glam founder. “This is a powerful opportunity to create products that people want, and it also allows us to marry the innovations from South Korea with an American viewpoint of beauty. It doesn’t have to be trendy, so we’re not going to chase after something like CBD.”

The launch of private-label K-beauty brands from K-beauty retailers is familiar territory; both Glow Recipe and Memebox started as retailers and introduced their own brands in 2017. Peach & Lily did the same in 2018. Glow Recipe and Memebox went on to close their emporium businesses to focus on their own brands. Cho is adamant that Soko Glam will not close its retail business. And despite Good (Skin) Days coming eight years after Soko Glam’s launch, the slow-and-steady approach was deliberate, Cho said. She added that Soko Glam has not sought outside capital other than a $2 million seed round in 2016, which has afforded the company to operate on its own timeline rather than an investor’s.

“We know our journey and our relationship with our customers is special, and we want to preserve that community and customer trust,” she said.

Although this is the first brand from Soko Glam, it is not the first time that Soko Glam or Cho have created something outside the Soko Glam world. Soko Glam had a blog called The Klog, which was spun out onto its own website in 2016. Additionally, Cho launched a personal skin-care brand called Then I Met You in Oct. 2018, which Cho developed on her own, without the input of the Soko Glam community, and is sold through Soko Glam. Cho declined to state how much Soko Glam earned in 2019.

The launch of Good (Skin) Days consisted of a webinar reveal with Soko Glam VIP customers on June 16. The webinar featured product tutorials and explanations, as well as pre-sale access to purchase. Soko Glam has over 1 million loyalty members. It also teased the launch through Instagram posts beginning June 18. Good (Skin) Days also features charitable contributions as a key part of its business; the brand will allocate an undisclosed portion of sales to three charities a year based on customer survey votes. The first charity is Black Lives Matter. Good (Skin) Days expects to donate $500,000 to various charities over the next 12-18 months.

Oscar Yuan, Ipsos Strategy3 market research president, said that outside of increased margins for a retailer’s own private label, the key benefit is the exclusivity it affords the company. In a category as fluid and trend-driven as beauty, private label helps to create customer loyalty because otherwise, they would buy those products anywhere, he said.

“What’s great about the Soko Glam platform is that we don’t need other retailers to grow the brand,” said Cho. “That has been instrumental in our approach because then you are not beholden to a retail partnership. We are glad we have an ecosystem where we can thrive and grow on our own.”