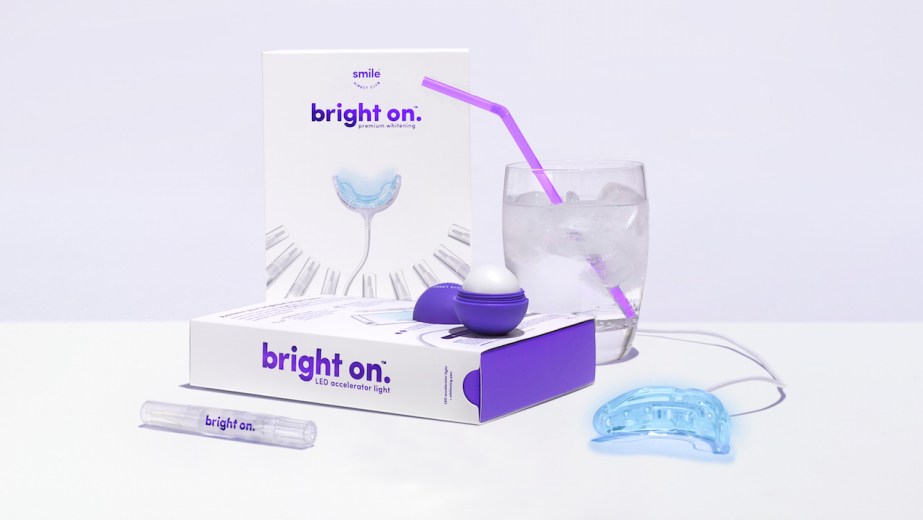 SmileDirectClub aims to change the conversation around teeth and beauty

Historically, dental floss, toothpaste and teeth-whitening kits have been relegated to the oral health section of drugstores, but the divide between personal-care goods and beauty products is becoming increasingly blurred.

Beauty retailer Sephora sells Cocofloss dental floss, and toothpaste in minimal, millennial-friendly packaging can be found at Aesop stores. SmileDirectClub, the direct-to-consumer invisible teeth-aligner company, which launched in 2014, is also trying to break out of its oral-care mold and be viewed as a cosmetic brand. In June 2018, the company began offering its introductory dental impression kits in Macy’s beauty department in a select 100 locations, and it started selling its new standalone teeth-whitening kits there in October. The brand also launched in the beauty aisle of 100 CVS stores in July. Both of these retail partnerships will expand to over 5,000 stores by the end of 2019. This month, the company also announced a partnership with David’s Bridal to court brides-to-be and their wedding entourage hoping to look their best for pending festivities.

According to Josh Chapman, chief global brand officer of SmileDirectClub, the company accounts for approximately 95 percent of the direct-to-consumer invisible aligner market. (The overall orthodontics market saw $11 billion in revenue in 2017, according to market research company IBISWorld.) Since debuting four years ago — when the patent for Invisalign expired — SmileDirectClub has grown its customer base to 375,000 clients. It experienced a more than 180 percent year-over-year growth in 2018 and received a valuation of $3.2 billion last October. Now that the company has nearly captured the orthodontics market through its core products, it wants to reframe the conversation around what Chapman calls, “smile care,” which encompasses the entire mouth rather than just teeth.

“Early on, there was an understanding that we had to explain what we are — we are clear aligners,” he said. “As brand awareness has increased, we can reframe the conversation from ‘What is this?’ to ‘How can [clear aligners] affect my life?’”

To that end, SmileDirectClub is not only increasing its third-party retail partnerships, but it’s also directly engaging with beauty brands through events and reframing its 200 storefronts as the “Drybar of smile care,” said Chapman. The company has hosted twice-a-month events in its stores since 2017, and it is evolving its programming to integrate more beauty experiences in 2019. Events to date have included massages by Sooth, manicures and services by skin-care brand Skyn Iceland. SmileDirectClub has worked with Skyn Iceland since March 2018, and it will team with the brand again for its Beverly Hills store opening on Jan. 30. It also partnered with Anastasia Beverly Hills to offer shoppers a lipstick application when SmileDirectClub launched at Macy’s in June.

Since October 2018, the company has also had “Smile Buses” traverse the U.S. to reach customers in new areas and offer them express services. Typically stationed in parking lots of large shopping malls and centers, the idea is to reach people who are already thinking about beauty and retail, Chapman said.

While SmileDirectClub competes with other direct-to-consumer brands like CandidCo., SnapCorrect and SmileLove in the orthodontics space, Chapman said it has more opportunity differentiating itself by melding cosmetics and beauty with oral care. “This reframing of some of [our] services is really about what the customers need, what they want, how they are changing and how tech is changing, too,” he said. “We are just doing what the customer wants, because the idea of beauty and shopping is changing.”