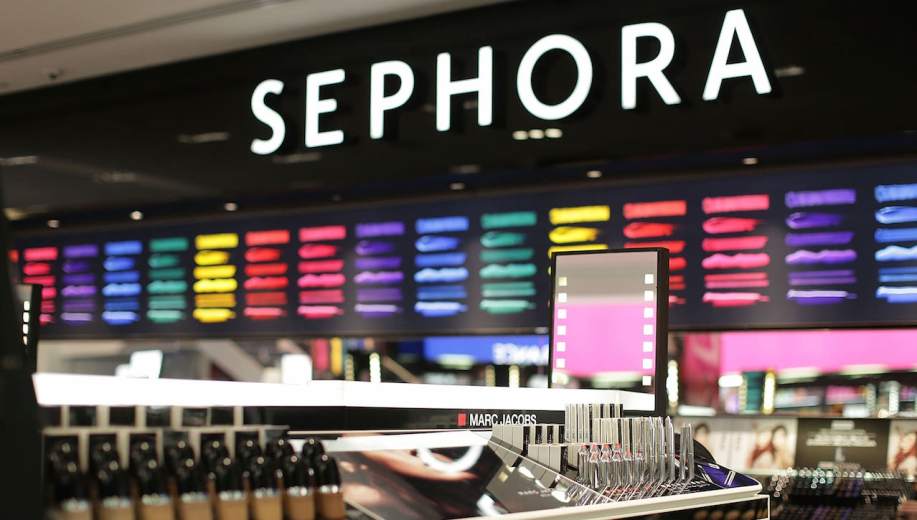 When Sephora updated its Beauty Insider loyalty program to offer cash rewards last week, it joined other beauty retailers like Ulta and Dermstore in providing monetary incentives to customers.

According to Allegra Stanley Krishnan, Sephora vp of loyalty, customers can now redeem $10 for 500 points, and the retailer will host point-multiplier events and points-for-discount events twice a year. The free shipping minimum has been reduced to $35 for VIB members (who spend at least $250 a year), and Rouge members (who spend at least $1,000 a year and already receive free shipping) will receive one-day early access to new products beginning in the fall. Customers can also use their points for a charitable-giving option. Charities will be rotated monthly; the National Black Justice Coalition, which works with Black LGBTQ people, and Project Glimmer, which serves at-risk teenage girls, will be highlighted in June and July, respectively

Compared to other retailers, Sephora has been slower on the uptake toward cash rewards. Major beauty retailers like Ulta, Dermstore, Bluemercury, Feelunique and even Kohl’s (which expanded its beauty department in Nov. 2019) already offer cash rewards. Ulta launched its Ultamate Rewards program in 2003 and has 33 million members, according to Shelley Haus, Ulta Beauty CMO. Dermstore began its Dermstore Rewards program in 2016, where customers earn five points for every $1 spent. The retailer added the $5 reward in May 2019, and since Jan. 2019, the loyalty program has doubled in size, said Emily Grill, Dermstore senior program manager of loyalty.

“We’ve seen that members are craving value more than ever, which speaks to the role that the Beauty Insider program can continue to play in their beauty journey,” said Stanley Krishnan. “The thing we hear most often from members is that they want to use points in new ways and earn points in new ways.”

Sephora last updated its program in Aug. 2018, adding a cash reward option of $100 for 2,500 points for its Rouge members. But that was only offered in limited quantities through its Rewards Bazaar, an offering where customers can redeem deluxe samples and Sephora experiences for points. Glossy reported at the time that Sephora had 25 million Beauty Insider members. That figure has remained nearly the same, said Stanley Krishnan. Beauty Insider first launched in 2007.

Since 2010, customer loyalty programs have evolved beyond their perfunctory points-for-rewards to include engagement, emotional connection and personalization, and are now considered key revenue drivers. With experiences hamstrung due to store closures, the quality of transactional rewards are more critical. Stanley Krishnan said Sephora had seen increased point-redemptions by a double-digit percentage since the program was last updated, but declined to state an exact percentage.

“We’ve always been a proponent of cash rewards, because while points are interesting and an integral part of some programs, it’s a bit dated,” said Tom Caporaso, Clarus Commerce CEO, which works with brands like television network ShopHQ to create loyalty programs. “The consumer dynamics are changing, and people are much more interested in instant gratification. Cash is one of those [strategies]. Being able to convert points into cash almost immediately is something that the consumers are wanting and asking for.”

However, Caporaso pointed out that there are two primary components of loyalty programs: transactional and experiential benefits. He said he believes today’s loyalty programs are moving toward more experiential benefits because they confer a feeling to customers that they are important to the retailer. For Sephora, these experiential elements are predominantly through meet-and-greets in-store, makeup services, and shopping experiences with brands and founders one-on-one. These experiences had been halted, due to coronavirus, but when they can resume (it is undetermined when). they will now include facials from “skin-care gurus” and behind-the-scenes access to product formulations. Neither the loyalty timing nor changes were prompted by coronavirus, but their arrival underscores the need for strong transactional elements during this period.

When Sephora announced the updates, there were mixed reactions to the cash reward option on social media. Under an Instagram post made Sunday by beauty news account @trendmood1, which has 1.5 million followers, commenters were quick to point out that Ulta offers $17.50 for 500 points. Others expressed excitement.

“We try to think about our brand holistically, and it’s not just about the value-back component,” said Stanley Krishnan. “There are different components of the program that customers value more than others. This is just a starting point for us.”