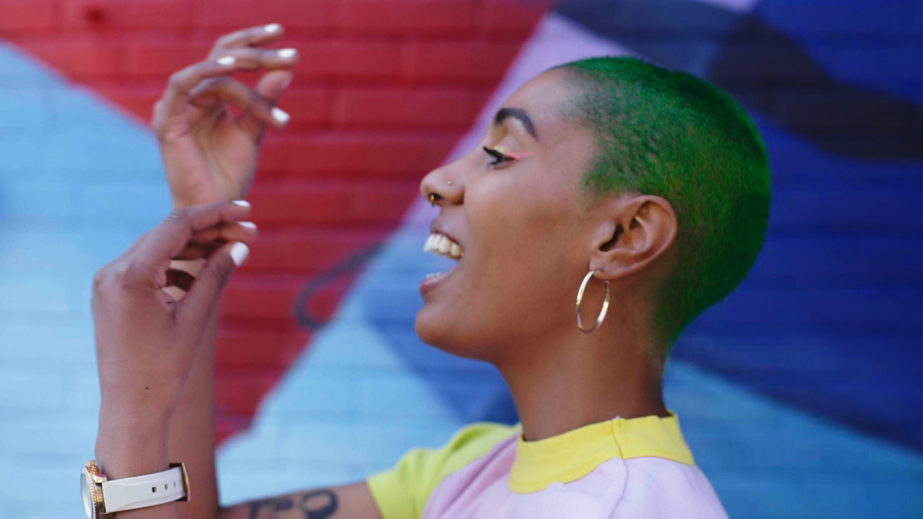 Since 2018, Sally Beauty has been in the throes of a company-wide transformation, improving in-store experiences, incorporating mobile AR features and developing an incubated SallyCrew group of DIY influencers, among other initiatives. Now, the retailer is hitting the gas on communicating that with its latest brand campaign.

Today, Sally Beauty debuts its “You by Sally” digital-first campaign with TikTok creator and musician Heather Chelan. Chelan caught the eye of the Sally Beauty executive team after releasing a viral video in March, with 7.9 million views, that proclaimed “Having colored hair doesn’t make you unprofessional,” said Carolyne Guss, Sally Beauty group vice president of marketing. Chelan and an extended version of the song are incorporated in the new Sally Beauty campaign. It also features Sally Beauty CEO Chris Brickman; internet style icon Helen Ruth Elam, otherwise known as Baddiewinkle; dancer Marquese “Nonstop” Scott and LGBTQ+ advocate Brian Terada. All of the talent sport vibrant, colored hair in the video. The campaign will run across Facebook, Instagram, Pinterest, YouTube and video streaming platforms. The “Colored Hair” track will also be available on Spotify and YouTube, and will be featured on Sally Beauty’s Spotify playlist.

“It was so simple and honest,” said Guss of the original song. “It really resonated with us, and our team reached out. We built this with Heather, and the message is really about how important and pivotal self-expression is.”

Chelan said the Sally Beauty team first contacted her via her Instagram direct messages. “They asked if they could share my original ‘Colored Hair’ video to their page and, obviously, I said yes. I was super excited, since Sally has always been a go-to store for me,” she said. “A day or so later I got an email from them, asking if I wanted to hop on a video call to discuss possibly working together more in the future, and it took off from there.”

Chelan’s online presence fully took shape in March 2020. “Up until then, I posted the occasional selfie and picture of my dog. But as soon as lockdown hit, I found myself making short PSA musical videos and posting them online. I’ve always been opinionated and I’ve always done music, so I thought I might as well put them together and see what happens.”

Popular topics for Chelan have been tattoo removal, mental health and civil rights issues. “Sometimes [they’re] with added comedy, sometimes not,” she said. “I’d say most of my followers are quite liberal and think outside the box. They must be opinionated and like to laugh, because I honestly don’t know why else you would follow me.”

Brickman was so inspired by Chelan, he too dyed his hair shades of blue and orchid for the video. The day after the video, “a grandmother in a local Denton, Texas grocery store said, ‘My granddaughter would like to tell you that you have awesome hair,” he said. “Our products give you a connection point, which gives people a reason to talk to you, engage with you and have fun. It’s so core to who we are.”

Brickman added that sales associates are encouraged to express themselves via their hair color and cut in stores to then encourage customers to do the same. “We don’t have dress codes the way other retailers do, in terms of how people present themselves. That’s the trend that is going on in society right now, and that’s our niche,” he said, emphasizing the company’s diverse and multi-cultural customer base that ranges in age from teens to 90-year-olds.

Bright hair color, specifically, has been of the fastest-growing segments for Sally Beauty in 2020, as consumers became more open to experimenting and expressing themselves through their beauty routines. Brickman said that Sally Beauty’s bright hair-color sales were up 53% year-over-year last quarter. Hair color typically accounts for 30% of business. “We’ve seen hair color explode in the last five years and even more during Covid. We are the largest seller of hair color in beauty, and we want to really embrace that.”