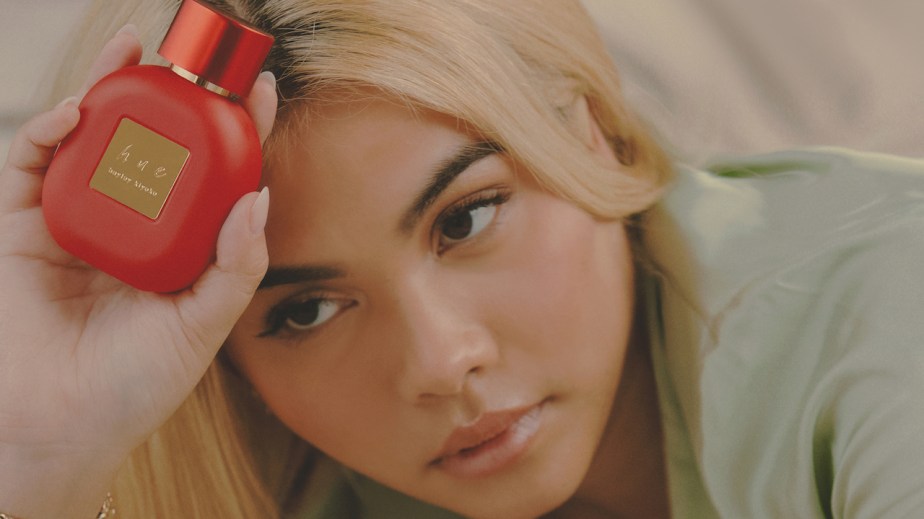 Relatable and gender-inclusive: The pop-star fragrance gets a Gen-Z update

From Glow by JLo to Curious by Britney Spears, the pop-star fragrance was a tried-and-true business model with millennials in the early aughts and 2010s. While it’s currently in decline, some companies are hoping to revamp it for a Gen-Z audience.

The latest of these fragrances, Hue by pop-star Hayley Kiyoko, launched on March 3 exclusively via DTC e-commerce. Kiyoko, known for hits such as “Girls Like Girls,” has become an icon for young LGBTQ+ fans. The brand was the first to be launched by Slate Brands, a Gen Z-focused beauty startup founded in 2019 by fragrance industry veteran Judah Abraham.

Hue’s target customer base is “definitely very Gen Z, also some millennials,” said Abraham, who noted that these two generations are motivated by different formats of celebrity marketing.

“What our data and research have shown is that sometimes millennials want to look up to someone more aspirational that might not be as relatable,” he said. Gen-Z consumers, on the other hand, want to purchase a fragrance from a celebrity “that’s very relatable.”

“Consumers are becoming savvier, seeing through celebrity-endorsed products and labeling them as ‘artificial,’” said Audrey Depraeter-Montacel, managing director and global beauty lead at Accenture’s consumer goods and service industry group. “Brands can tap into the need for personal connection by articulating a clear purpose — one that expresses their heritage, their ethics, the sense of fun of the celebrity — and have a natural and authentic fit.”

For Kiyoko, gender inclusivity was a key part of that branding. While the early 2000s generation of pop-star perfumes was geared toward a specific gender, for Gen Z, “there’s no reason to put a gender label on a scent. That’s how we aligned with Hayley, and that’s how we feel it aligned with the younger generations,” said Abraham. Kiyoko has been an outspoken LGBTQ+ advocate and told Vogue, “Perfume has been a massive part of my queer experience.”

The “excitement” in the fragrance market these days “is particularly in things that are unisex or really designed for any consumer,” and brands have a “much more expansive and inclusive idea of who that consumer is,” said Emily Gerstell, an associate partner at McKinsey focused on beauty.

Celebrity fragrances had been on the decline in the 2010s, going from 12% of the total U.S. fragrance market in 2012 to 4% in 2016, according to Euromonitor. Pop stars who rode the early 2000s fragrance wave, like JLo, Lady Gaga and Selena Gomez, have since branched into skin-care and makeup.

“You’re seeing celebrities move away from their historical tie to fragrance and now shifting more into bigger categories where there’s more growth, particularly in the U.S.,” said Gerstell.

“While 10-15 years ago, celebrity fragrances seemed to dominate the market with mega launches from Justin Bieber, Taylor Swift, Beyoncé and JLo, the fragrance industry is experiencing a new surge in celebrity and in new fragrance categories,” said Linda Levy, the president of The Fragrance Foundation. “Today, celebrity brands and influencers that have mega reach, are the ones winning, as they can utilize their social platforms to draw in their audience directly to consumers.” For example, Ariana Grande continues to release new fragrances under her brand after grossing $150 million on it in its first two years. It is currently sold via DTC and through retailers including Ulta, Kohl’s and Walmart.

For social media, Slate is focusing its marketing of Hue mainly on Instagram through the use of micro-influencers. It’s also launching a TikTok account that will detail the production process and provide education on fragrance to younger customers. According to data from influencer marketing agency Traackr, engagement on fragrance-related TikTok posts grew by 1,065% in 2020.

Social media has also allowed Gen-Z celebrity fragrances to shift to an online-only business model that has been on the rise among fragrance startups as a whole. While there has been a “decrease in [the number of] traditional celebrity fragrances” sold through department stores, Abraham noted that “new launches have primarily been powered through more of a direct-to-consumer approach.”

“The strongest outlets and sell points of fragrances have traditionally been department stores and shops, possibly two of the hardest hit places from the pandemic,” he said. “Younger consumers aren’t as committed to some of these retail chains and touchpoints. They’re definitely open to new ideas.”

“Consumers are becoming more open to purchasing fragrances exclusively online,” said Ying Mu, the gm at Labbrand. “That’s especially with the push of new DTC fragrance brands and the overall purchase behavior moving toward digital channels due to the pandemic.” New sampling innovations are being led by DTC fragrance brands such as Snif, Skylar and Scentbird.

The long-term potential for the celebrity DTC fragrance model will “depend on the celebrity,” said Mu. “If this person’s fanbase or followers are already young digital natives, then they’re more accepting of this model,” said Mu. “You would still need to provide a detailed description of the scent to paint a vivid sensorial world, as well as great packaging, good reviews on YouTube, and campaigns on platforms such as Instagram or TikTok to trigger interest.”