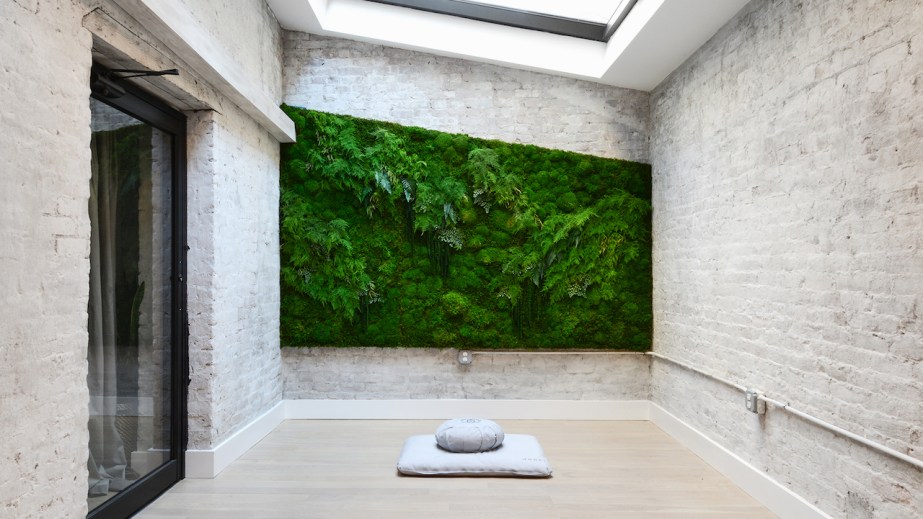 Head to any beauty brand’s Instagram account in the Covid-19 era, and you’re likely to see guided breathwork and sound baths on their Stories, IG Live or IGTV, alongside makeup tutorials and featured skin-care routines.

Beauty brands and retailers across a wide range of sizes and categories, including Kiehl’s, Tatcha, Follain and Beautyblender, are among those that have featured meditation content on their Instagram accounts since the quarantine period began in the U.S. Skyrocketing anxiety rates are driving consumers toward meditation content: Headspace, for instance, has seen 17 times more users completing its meditation on stress and 12 times more consuming its “reframing anxiety” at-home workout since mid-March. Knowing customers’ mindsets and behavior have changed, beauty brands have tried to create a dotted line from cosmetics products to their own takes on meditation.

According to Amanda Boyce, Kiehl’s director of social media, the meditations are part of the brand’s broader push into IG Live content focused on lifestyle. “It’s a great time to venture into live programming. We had never really done it before,” she said, noting that the live meditations received between 3,000 and 4,000 views.

Ellie Burrows Gluck, the co-founder and CEO of MNDFL, said that the New York-based company has seen an increase in requests from brands across industries for meditation content.

“They want to make sure that their community feels held and seen, and that they can provide them with a different type of service,” said Gluck. “I think that that’s why you’re seeing an increase in companies reaching out to meditation teachers and experts to help navigate this time.”

Brands are discovering that lifestyle content like meditation is seeing more engagement than posts about beauty products alone.

“Our meditation has received a lot more views than our previous unboxing videos and our before-and-afters,” said Erica Tam, the brand director at Hum. The supplement brand is another company that launched meditations on Instagram for the first time as a result of coronavirus.

Hum had previously hosted in-person meditations at wellness events, but it launched its first Instagram meditation on March 24 on IGTV — it has featured several meditation and sound bath videos since then. They’ve featured meditation instructor Ashley Neese, who has close to 30,000 followers, and yoga instructor Mary Beth LaRue, who has over 38,000 followers.

The other meditation instructors spotlighted in beauty brands’ videos also have large followings: Tatcha, for example, held a meditation session on IG Live on March 25 featuring The Breath Guy Richie Bostock — he has over 31,000 Instagram followers.

An unexpected result from highlighting meditation guides in a beauty company’s feed — likely best known for highly stylized imagery and video — is that it is much less controlled than other content.

“I think, especially with meditation, it is so important to let go of control and just go with the flow because, ultimately, the [instructor] is going to deliver what is best in terms of what people need,” said Tam.

Kiehl’s took into consideration which instructors would be best in a livestream setting, said Boyce. In addition, it specifically chose to work with New York-based studios.

“I think we really wanted to work with New York partners, who were so deeply affected by the shutdown,” she said. “That was one of our priorities.”

With MNDFL’s two New York studios shut down, the company has been pivoting to digital content. It launched an online streaming site called MNDFL TV, which is its first foray into live meditations through a digital platform, said Gluck.

“I think the brands are actually promoting meditation,” said Gluck. “For us, it feels like a partnership where these brands are helping us expand our audience and reach and serve more people during this time.”