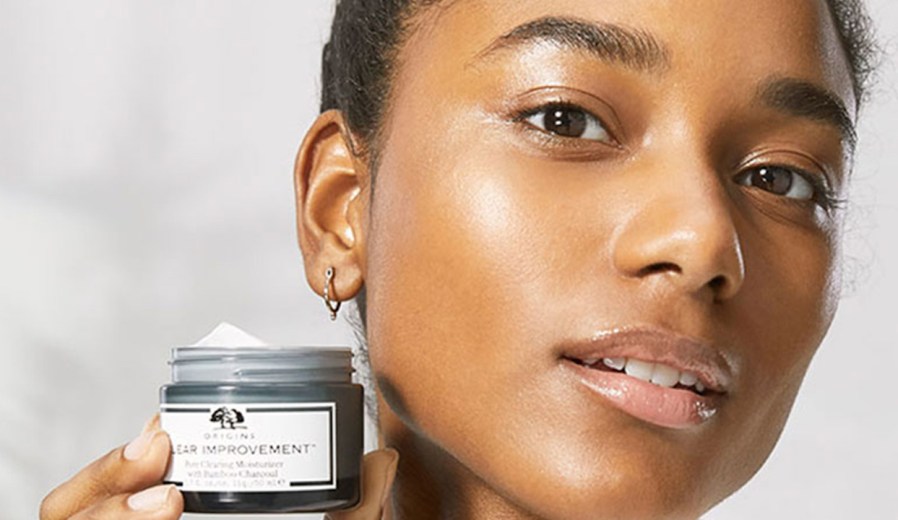 To inspire innovation, Origins is looking to its own best-selling products.

Almost 30 years after Origins launched its Clear Improvement Active Charcoal mask, the brand is expanding the product’s line into a fuller assortment, starting with a new moisturizer on July 1. There are currently three products within the Clear Improvement Active Charcoal line, but the hero mask product makes up 40% of the brand’s sales in the mask category where there are 18 items. Based on this, Origins added a moisturizer to the line, in hopes of establishing a larger acne franchise that can broaden the brand’s reach to other ethnicities, as well as younger customers.

Origins is currently sold in all Sephora stores, as well as at Ulta, Macy’s and Nordstrom, and 52 Origins brick-and-mortar locations. In most retailers and within its stores in North America, Origins’ customer is approximately 37 years old and Caucasian, while Sephora sees a younger Origins shopper, averaging 29 years old. Origins was singled out recently in parent-company Estée Lauder Companies’ third-quarter earnings for its positive performance in the Asian market and travel retail.

“We put ourselves into a box [with Active Charcoal]. Our masks were seen as a category versus a product line opportunity,” said Lizz Starr, Origins executive director of product development. “We saw that we still had this opportunity [because] there was a white space — there are few anti-acne moisturizers, versus spot treatments.”

Acne care has evolved recently and adult acne has increased, providing brands with more customers and customers with more options. For example, traditional ingredients like 10% benzoyl peroxide and 2% salicylic acid are drying, so brands have developed gentler options, such as topical and ingestible probiotics or products made with skin’s pH acid mantle in mind. For its part, Origins is using 1% salicylic acid in its moisturizer because it is gentler on the skin but proven to be effective.

The new moisturizer will be promoted between July 1 and mid-August with in-store signage and a social campaign. On Instagram, where the brand has 459,000 followers, it began teasing the launch on June 28 with a short video on its feed and in its Stories. Throughout the campaign, Origins will post photos and videos of the product multiple times a week, as well as of the moisturizer shown with male and female models of diverse ethnicities in their mid-20s to capture a broader customer base.

From mid-July to mid-August, Origins will also run video ads on Hola.com, the Hola! Magazine website, featuring two Latina models. In the videos, the women share their personal stories around topics of confidence and acne. According to its 2019 media kit, Hola.com sees 1.8 million monthly unique visitors, of which 82% are women, and their average age is 32 years old. Some of the video assets are expected to be repurposed on Instagram, as well, said Heather Park, Origins North America vp of consumer marketing.

“It’s not rocket science [to be inclusive], but it goes a long way to see yourself represented in a brand,” said Park.

The inclusivity and diversity discussion in beauty has mostly been relegated to cosmetics, despite the fact that there are some unique biological differences between ethnicities when it comes to hydration and oil production, said Starr. For example, regardless of place of residence, Latina customers’ skin has a higher production of oil than Caucasian skin, she said. Additionally, men produce more oil than women. To address this, the moisturizer was formulated to have a matte finish and was tested on all ethnicities during product development. Some premium and luxury brands, like Dr. Barbara Sturm, have also begun offering skin care formulated for darker complexions, and indie brands like Avya, Bolden, and Base Butter have cropped up in the past two years.

“I haven’t really heard [the diversity conversation] extend as much into skin care, but it doesn’t mean that it does not apply,” said Park. “It’s powerful when a consumer can identify themselves in a brand.”