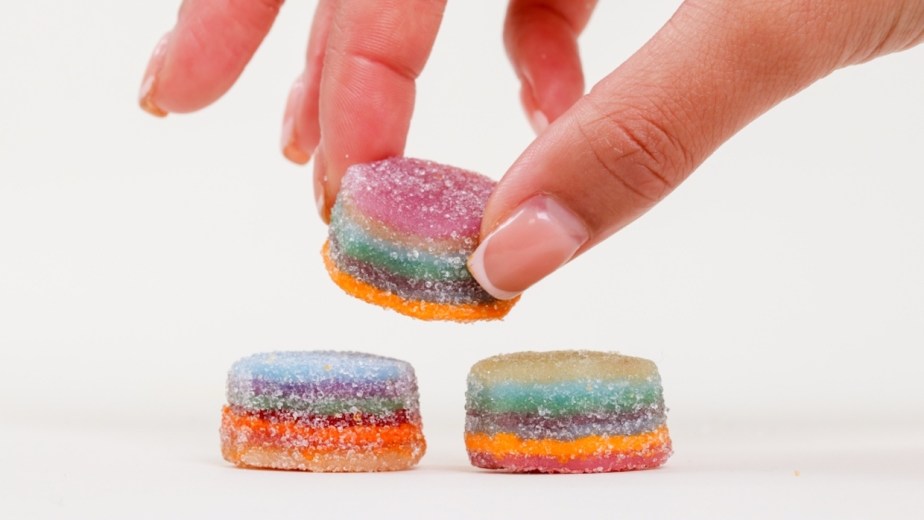 On Tuesday, Neutrogena officially ventured into the vitamin supplement space.

At CES, formerly called the Consumer Electronics Show, Neutrogena announced a partnership with Nourished, a 2-year-old vitamin brand that 3D-prints customized gummy supplements. The collaboration centers on Neutrogena’s proprietary Skin360 app, which now allows customers to scan their skin and ultimately purchase customized supplements that will be sent to their door based on results. Nourished supplements, labeled Nutrient Stacks, sell for $49.99 for a 28-day supply. As of now, there are no in-store plans for the partnership, despite Neutrogena’s mass distribution across thousands of doors in the U.S.

In September 2018, Neutrogena began selling a skin analysis tool called Skinscanner, which attached to an iPhone and paired with the Neutrogena Skin360 app. Neutrogena relaunched it in 2020 by ditching the attachment tool in place of just the app, which requests to take images with a phone’s front-facing camera before analyzing them against a database of 10,000 other selfies from a range of age groups and ethnicities. The Skin360 app gives users a score of 1-10 in five areas — dark spots, fine lines, wrinkles, dark circles and smoothness — plus an overall average. Now, before providing a recommendation from Nourished, the app also prompts customers to answer five questions about their skin goals, their skin-care regimen and their existing supplement routine. Nourished and Neutrogena declined to share the terms of the partnership.

“We have to learn and continue to iterate with our consumers and understand the full ecosystem of care,” said Logan McGill, global marketing director at Neutrogena. “We found that 70% of consumers expect brands like ours to take that next step into dietary supplements. Holistic care is part of their consideration if they want to achieve their skin goals.”

Nourished can 3D-print a custom gummy supplement based on customers’ results from the quiz. Melissa Snover, founder and CEO of Rem3dy Health, which operates Nourished, said there are over 60 billion permutations possible based on the 50 vitamins, minerals, and superfoods Nourished offers; each product contains seven nutrients. Prior to the Neutrogena partnership, the 2-year-old company sent out 15,000 subscription boxes a month, she added.

“The idea that we all need the same vitamins and minerals daily is quite flawed,” said Snover. “If people can look forward to taking their vitamins, the chances that they’ll stick with it and do it regularly are higher.”

Neutrogena has undergone an extensive and longer-term modernization strategy based on skin health. In 2021, it announced a new brand positioning called “For People With Skin,” meant to combat inequalities around socioeconomic status, race, ethnicity and access to health care. Elsewhere across the beauty industry, supplements paired with topical products have continued to grow in popularity over the past five years. While brands like Moon Juice and The Beauty Chef are centered on the inner-outer beauty concept, plenty of topical-first brands have added ingestibles to their lineup. Those include Dr. Barbara Sturm, Kora Organics, Vegamour and, most recently, Caliray.

“Drinkable collagen and pills were the first to go out there and create a massive impact in the marketplace [around the notion of inner-outer beauty]. There’s now buzz around many other ingredients that can also support skin goals from different aspects,” said Snover.

Nourished’s customer base is 53% women, and its largest demo are people between the ages of 35-45-years. Nourished maintains an affiliate-based ambassador program that began in Oct. 2022, with 500 people posting about Nourished at least once a month.

Neutrogena and Nourished are relying on paid and unpaid social media posts and existing public relations efforts to promote the partnership beyond the halo of CES. This is not the first time Neutrogena has debuted products at CES. In 2019, it showed off a 3D-printed sheet mask called MaskiD, which went into beta testing in 2021. It is the first time Nourished is debuting at CES.

“The integration of Neutrogena’s Skin360 technology adds another layer to the intensity of the tech-ness around [what we’re doing],” said Snover. “It’s an incredible decision to debut at CES, where you’re focusing on the technology empowering the customer experience and benefit. You could launch it at any beauty or skin [conference], but doing it this way brings that technology and consumer focus to the forefront.”