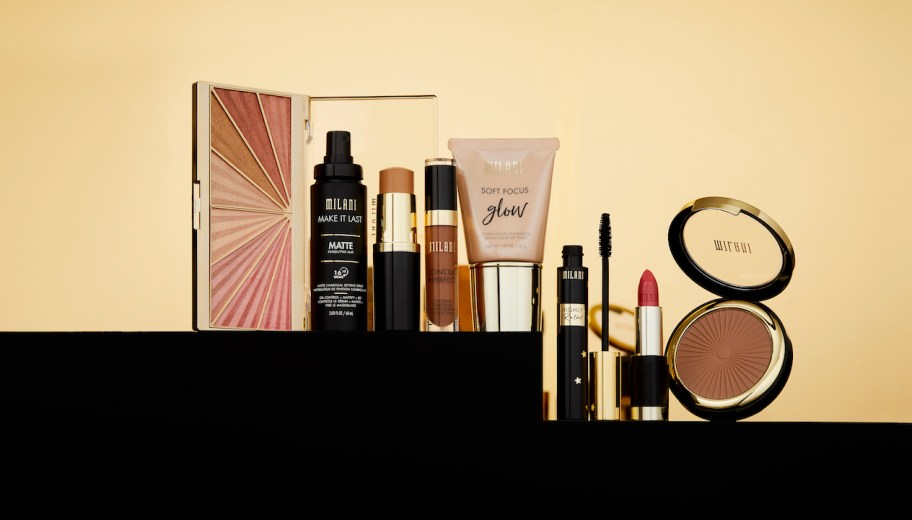 Seventeen-year-old Milani Cosmetics, which sells products like foundation, eyeshadow and brow products, is shifting to a direct-to-consumer approach for its product launches.

For its latest products, released throughout December, it’s opting to bypass the traditional media channels it’s long used to announce product launches. Instead, it will bring the news to customers directly via social media.

On Wednesday, the brand worked with influencer Sophie Shab of the Instagram account @Trendmood1 (1.5 million followers) and macro-influencer Kameron Lester (@Kameronlester, 47,000 Instagram followers) to debut new eyeshadow palettes through Milani Cosmetic’s Instagram Live channel. The segment was recorded at the brand’s Los Angeles office. The goal of this new launch strategy is to create social media momentum to drive in-store retail sales once retailers like Target and Walgreens reset their shelves with the product in late January, said Evelyn Wang, Milani Cosmetics CMO. Milani Cosmetics’ average customer is 28 years old, and more than 50% of the brand’s overall sales come from retail partners, she said.

Beauty brands have traditionally used influencers to promote products following a launch announced through a third-party magazine and digital media outlets. In the past, Milani has first held a launch event with approximately 100 influencer and press guests, with the expectation that these attendees will help propel the launch message across social; Milani would then try to extend the longevity of that event through its own Instagram feed and stories.

“What we were trying to do is think about how, as an indie beauty brand, we can bring experiential events [such as product launches] closer to the consumer,” Wang said. “We are trying to truncate the cycle [of product discovery] and get the message out to our end consumer.”

Shab and Lester showed and swatched over 10 eyeshadow palettes during the 30-minute livestream. Viewers could see the new products, ask questions, view parts of the Milani office and also participate in a product giveaway. This social media launch strategy is still uncertain. Wang said that a typical Milani Instagram Story receives between 10,000 and 20,000 views on its account with 3.8 million followers. At Glossy’s time of this reporting — 20 hours after the livestream, with four hours left to view — the brand had 12,000 views.

The idea for this launch stemmed from how social media has upended the traditional customer journey. Instead of the traditional marketing strategy to funnel people to purchase, consumers might discover and consider purchasing from the brand in a single moment on social media and may even make a purchase in that moment, said Wang. Other brands are taking a similar approach: When Urban Decay launched its honey palette via Bumble in September, the idea was to bring the products to customers first instead of the “traditional gatekeepers of editors and influencers,” Tina Pozzi, Urban Decay vp of communications, said at the time.

This shift in the dynamic between brands and traditional media is reflective of several trends. First, there is the immediacy of information that social media provides customers, who in turn are dictating more from brands than traditional media outlets might afford. And, second,  social media allows brands to tell their story on their terms free from third-party opinion.

“The consumer shopping journey is not a linear path between awareness, consideration and then converting to a purchase,” she said. “[Milani is trying] to reorder the traditional path of going-to-market with products. Traditional media is important, and there is a plan and intent do further outreach, but this is a shift in the way we seed news.”

Milani will host another live launch during the week of Jan. 1 and will work with its 700 (paid and unpaid) influencers until then to further share the products via social media. Wang declined to state social and digital marketing investments but said it spans paid search, paid social ads and affiliate marketing and that style of product launch may help the brand do more launches on a more frequent basis.

Milani Cosmetics has spent the past year undergoing an internal transformation, following a majority stake investment in May 2018 from private-equity firm Gryphon Investors. In 2017, the brand earned $40 million, according to the Wall Street Journal, and was valued at $500 million. The company hired Wang in October 2018, as well as a new CEO in July 2018.

Over the past 12 months it increased the number of influencers it works with from less than 200 to more than 700, and it collaborated with Shab in September to curate a collection of products not typically found in Walgreens for the store. Milani saw a 10% sales increase in Walgreens sales for September and October because of the partnership, Wang said. Overall, in the past 52 weeks, ending in November, Milani’s sales had increased by 3%, while the overall color cosmetics category has seen a decline in sales by 3%, according to Nielsen data.

“It’s important [for brands] to have a diverse marketing approach and test new things,” said Shab. “[While] brands should not completely shy away from traditional media publications since they can possibly reach a different audience, it is key to stay ahead of the social media curb.”