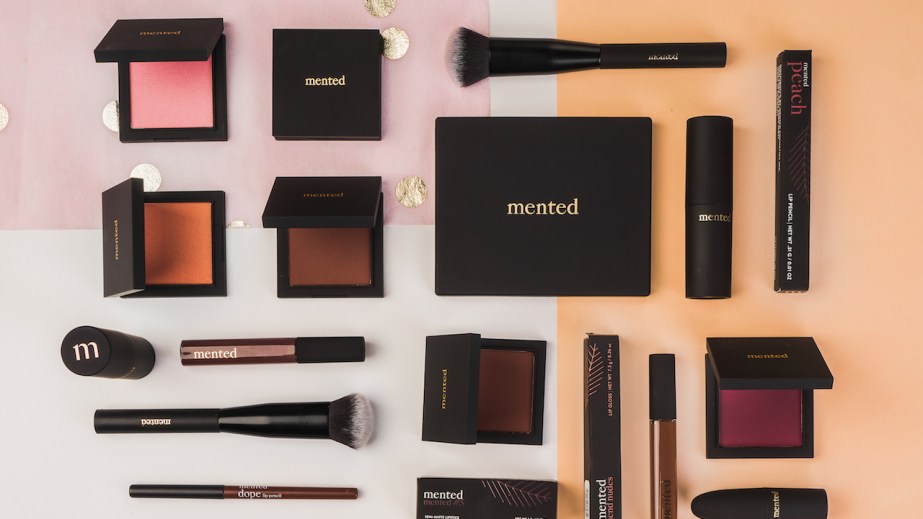 The inclusive color cosmetics brand expanded its Target presence last week to 290 store locations after initially launching in 49 Target stores and on Target.com in September 2020. The brand will be featured in Target’s Black Beyond Measure campaign for Black History Month and in the retailer’s Black History Month in-store displays in over 200 locations. To mark the brand’s 4th anniversary, it hosted a weekly “Celebrating Black Women” series of Instagram Live and Zoom talks between its founders and other Black female entrepreneurs for the month of January.

Mented built its customer base by highlighting inclusivity and social issues, and became increasingly focused on giving back to its community as it grew, said Miller. In 2020, it made donations in response to the Black Lives Matter movement and the pandemic, donating to bail funds across the country, mental health funds with a focus on young Black women, and funds for PPE for frontline workers in New York.

“From the very beginning, we’ve been mission-focused, and our mission was and is to make sure that every person can find themselves in the world of beauty,” said Miller. “Because beauty is incredibly personal, but in some ways, it is political. [There’s] the idea that certain women are allowed to fit in; certain women are deserving of shades that work for them, and others aren’t.”

The brand expanded to wholesale distribution by launching on HSN in January 2020, after exclusively being DTC. It then moved into Target. Miller noted that it has seen more outreach from retailers following the announcement of the 15 Percent Pledge this summer. “I think time will tell whether or not these retailers really stick to it, or if it’s just another trend or another fad,” she said.

According to Miller, diversity and inclusion has been treated as a trend by the beauty industry in the past. “Certainly any woman of color can tell you about some hair-care brand or beauty brand that got all excited about diversity and inclusion and expanded their line, and then a year later discontinued all of those SKUs and got rid of that spokesperson. We will continue to celebrate and prioritize women of color, whether retailers think it’s in-fashion or on-trend or not.”

While the brand has expanded its retail footprint, it remains a “DTC e-commerce focused brand,” said Amanda Johnson, co-founder and COO. Retail is an “extension of what we already do on Mented.com,” she said.

Miller noted that HSN and Target have helped expand the brand’s exposure, but “Mented.com will always be our No. 1 priority,” with investments in site features such as shade match tools and tutorials.

With a total of $4 million in seed funding, Mented is one of the few Black women-owned startups to receive over $1 million in funding.

“For a lot of reasons, the VC industry has definitely come out and made some really amazing statements about how they are going to think more critically about their staff and about their funding, and who they give investments to,” said Johnson. “And those statements are just that — statements. We’ll have to see if the stats actually change about the percent of VC funding that women and minorities receive. Until that percent changes, these are all just nice statements.”

For 2021, the brand has further expansion plans. It is currently pursuing Series A funding and has “exciting announcements coming up” in the spring about additional retail partners, said Miller. It will also be expanding its product ranges. While the brand is not yet revealing what products it will be launching, skin care is definitely on its radar.

“The consumer is excited for this crossover between skin care and color cosmetics,” said Johnson. Miller added, “We do think there are some skin care-adjacent categories that could be interesting for us that you might see from us in 2021.”