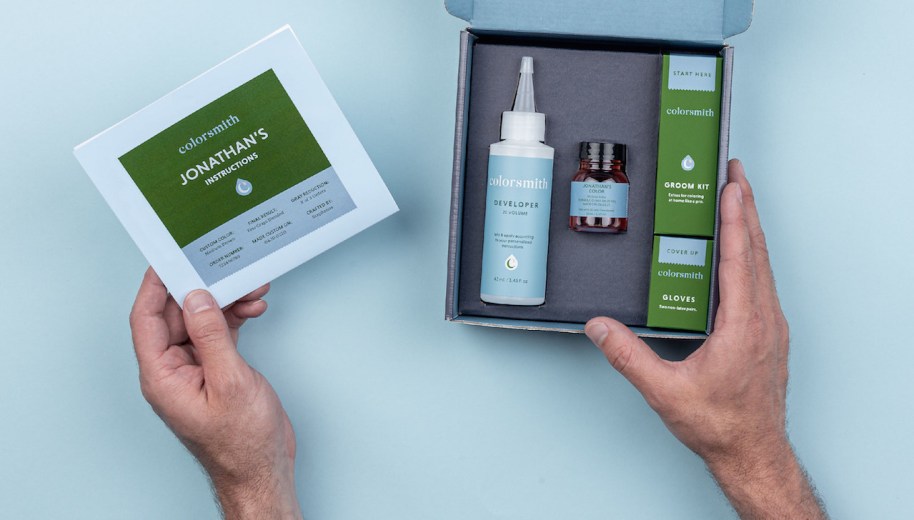 On June 30, Madison Reed launched Mr. Hair Color for Men and facial dye through MadisonReedMR.com, while eSalon expanded into the men’s market with its first sub-brand, Colorsmith, on June 25. Amy Errett, Madison Reed CEO, said she recognized that the overall men’s grooming market had undergone changes in the last four years that mirrored the women’s market‘s decade-long evolution. This follows innovative DTC brands like Hawthorne and Oars + Alps that now offer men better ingredients and premium branding. Currently, only one brand dominates the men’s hair color market: 33-year-old Just For Men, which is owned by Combe Incorporated and sold in mass retailers like Walmart and CVS. According to Statista, Just For Men and its sub-brands like Moustache & Beard or Touch of Grey have earned a combined total of over $189 million in sales in the U.S. in 2020.

Errett said that 7% of Madison Reed’s existing customers are men, but demographically, they do not differ that much from its female customers. They are 35-years-old, have an average household income of $120,000 and are college-educated. Errett said she expects men to eventually make up 16-20% of the company’s customers, and that Madison Reed expects to expand services in its 20 locations to include men’s hair coloring.

Meanwhile, 4% of eSalon customers are men, according to Graham Jones, eSalon CEO. The men’s at-home hair dye market is only one-eighth the size of the women’s in the U.S. based on eSalon market research, he said, but the opportunity to innovate and reach consumers online means the potential to grow the market size. In its first 12 months, Colorsmith is expected to make up 5-10% of eSalon’s total revenue, he said. Colorsmith operates similarly to eSalon: Customers complete a questionnaire to determine their customized shade, which can be adjusted, and then the dye kit ships directly to them. One application of Colorsmith will remove some grays, and two or three applications removes all grays, according to the company.

“The main difference between men’s and women’s hair dye is that the objective for a man is to look natural, because he doesn’t necessarily want everyone to know he’s coloring his hair and he wants [to leave some gray],” said Jones. “The problem in the marketplace now is that you get an unnatural result. There are not very many players; Just For Men pretty much owns the market and there’s no guidance for customers [in buying products].”

Both Madison Reed and eSalon have been working on launching men’s hair color since 2019, and both businesses have benefited during the pandemic. Errett said Madison Reed’s topline sales are projected to double in 2020. Madison Reed reached “well over than $50 million” in sales and raised more than $51 million in funding in 2019. Henkel acquired a 51% stake in eSalon in 2019, and eSalon has experienced a 500% increase in orders since mid-March, according to previous Glossy reporting.

To market the products, Madison Reed used real men to test the products and take photos of themselves, versus using hired male models for a campagin. The brand is reaching men through radio and television ads on CNN, Fox and ESPN. It first marketed the line to women, for the men in their lives, on Facebook and Instagram. Colorsmith has not yet launched a full-fledged advertising campaign; for now, it is focusing on marketing to men who are 35 and older, as well as their female partners, via Facebook and Instagram.