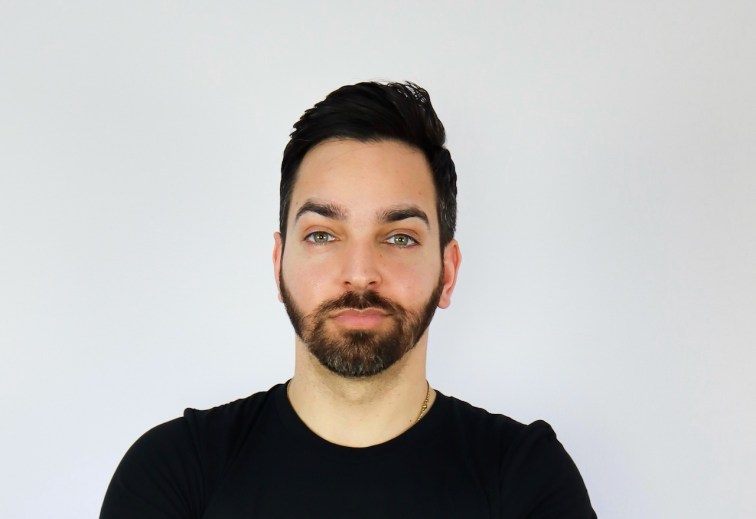 While everyone’s lives changed in quarantine, not everyone became a TikTok sensation. Then there’s Muneeb Shah, a dermatology resident at Campbell University in North Carolina, who’s about a year shy of becoming officially board-certified. (In short, Shah has finished medical school, but has not yet finished his residency.) He posted his first TikTok in May 2020. Now, less than a year later, he’s the most followed dermatologist on the platform, with 6 million followers.

It was entirely accidental, he said. Shah had always been passionate about education. Prior to becoming a social media celebrity, he tutored medical students, wrote educational outlines for board exams and mentored. TikTok (and Instagram and YouTube) have now allowed him a much larger stage to disseminate accurate skin-care information. At the same time, they’re helping him “win the war on misinformation,” he said.

When Shah first joined the platform, he was met with skepticism — a fact which seems to have only motivated him more. “They used to tag Hyram in my videos [to vet me],” he said. What he’s learned is that, when it comes to building a following, trust is the ultimate — if not only — commodity. “People want to know, ‘Can I trust this person? Do I believe what they’re saying?’ You actually have to earn it, through continuously producing content that’s reliable and relatable, and speaks to the people that you’re really trying to reach.”

Shah said he understands how being famous on TikTok could bring about skepticism from his peers, but, he said, his coworkers have understood the draw, given his passion for education. “It was a natural transition to being an educator on social,” he said. “And it was never intentional for me. So when I transitioned into this, everyone [I know] was super supportive of it, because they knew where I was coming from — like, ‘Oh, he’s using the platform to educate people,’  But other people within the dermatology community were looking at me, like, ‘What is his motivation?’” That has since changed.

Shah said that the platforms have different audiences and, thus, merit different kinds of content. For example, he said, you can’t combat misinformation from TikTok on Instagram. To meet the need, he’s sacrificing sleep, at least for now.

“I’m at the office about 60 hours a week, and then I create content from the second I go home until I go to sleep, and that’s around 2 a.m. And then I get up at like 5:30. So I pretty much spend eight hours a day on social media. I create content on TikTok, Instagram and YouTube, and I also do a show on Clubhouse every week. So…all of that is like a whole other job,” Shah said. “I was working Saturday and seeing patients, and as soon as I left the clinic, I did a YouTube live Q&A. I was still in scrubs that I probably had blood on,” he said.

He’d rather stay this busy than give up seeing patients, he said, noting that he believes his hands-on experience in the clinic makes him better at his job. “I don’t ever see a day where I would just completely stop practicing dermatology, because I actually love it. I would actually rather sacrifice social media than what I do in the clinic,” he said.

As his platform has grown, beauty brands have reached out to collaborate. “Honestly, I didn’t even know people made money on social media. The first time a brand reached out to me, I was like, ‘You’re gonna pay me to do what I’m already doing?” Shah said. Now, he gets it, and he does partnerships — but he said he’s careful about who he partners with. His brand partners have included Cerave, Cetaphil, Neutrogena, Aveeno, First Aid Beauty, The Inkey List and EltaMD. He recently hired a professional to run PR. Shah said, at this point, he doesn’t feel beholden to anyone. If a brand launches a product he doesn’t like, he’ll say so — even if he’s worked with the brand before, around a product he does like.

“A lot of times, I’m doing campaigns for things I’ve already talked about. I did a big campaign with CeraVe, and that was the first moisturizer I ever used. When I started in dermatology, it was the moisturizer that I told all my patients, ‘Use this one, it’s the one I use,'” he said.

When partnerships are organic, he said, it helps reinforce that all-important trust. “If you’re honest with people about what you’re getting paid for and [what you feature] falls in line with everything you believe in…people see that.” He said he tries to ensure sponsored posts align with his overall mission of education, so that “people get something from them.”

Regarding his social presence, Shah ultimately has two goals. “When I was an intern, I would see people’s lives change instantly — they’d go from healthy to sick, they’d lose family members. I realized that what’s important to me is leaving some type of legacy that people can benefit from that’s beyond me.” The other, he said, “is to reinforce that dermatologists are the experts in skin, and that they’re relatable, they’re reliable, and they’re people, too, who are approachable.”

“I’ve had people reach out to me and say, ‘I didn’t trust dermatologists until I saw your things, and then I decided to go see my dermatologist locally,’ And so that’s what I want — to build that [trust].”