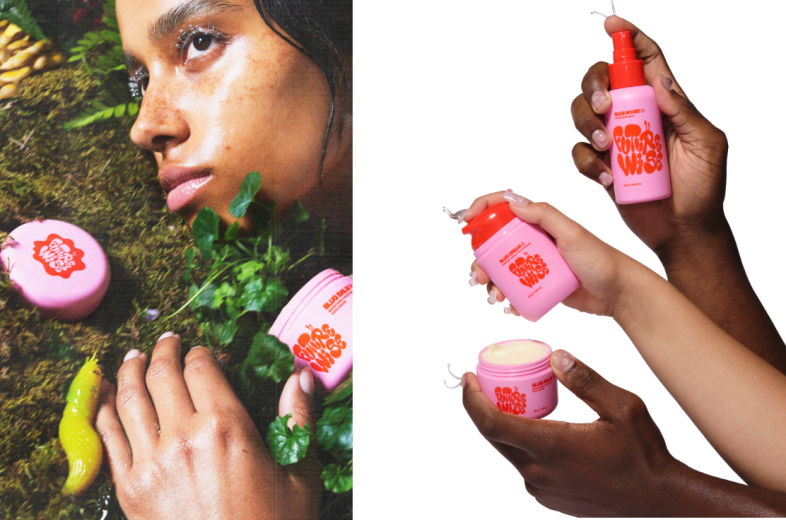 Julie Schott and Brian Bordainick, the brains behind Starface pimple patches and skin care, Plus’s dissolvable body wash, and Julie, the new emergency contraceptive pill, are launching another skin-care brand today. Dubbed Futurewise, it will sell direct-to-consumer via futurewise.world. The brand started teasing its launch last week on its own Instagram account, as well as on out-of-home posters in New York City and Los Angeles. It will also be activating on TikTok, though the founders declined to provide details.

The brand is comprised of three products, all built around and inspired by the practice of slugging, which really just means slathering one’s face in an occlusive layer. The actual practice of layering on something thick like petroleum jelly is nothing new, which Schott and Bordainick know well. But slugging’s catchy name and 511 million tag views on TikTok are recent — the trend reached a fever pitch in the last year.

That said, the intended audience is less laser-focused on Gen Z; they’re a bit older and a bit less acne-prone. Of the brand’s audience, Bordainick said he and Schott had in mind “this idea of getting a little bit older, not being a kid anymore and being stuck somewhere in the middle.”

Still, the brand has Starface’s “same joy and optimism, self-awareness, humor and emphasis on play,” said Schott. For example, the Futurewise team hopes its slug mascot will resonate, much like Starface’s now iconic personified star. The slug character “represents everything that a slug embodies, including the joy of moving slower and and maybe a rejection of urgency,” Schott said.

As for having “mascots” for both brands, Schott said she’s inspired by Sanrio’s world of characters, like Hello Kitty and Keropi. “Those characters create a generational bond,” she said. “And a human can rarely bring you the joy that an animated character can.”

“We’ve always wanted to build away from ourselves as people,” Bordainick said, contrasting the brands he, Schott and the rest of their team have created with the founder-forward brand identities of many other “millennial-founded brands.”

“It was important to have something that wasn’t necessarily wrapped in any one of our identities as a person, but [instead] could be like a foray into a new world or a new universe,” he said.

Futurewise’s imagery takes its cues from nature, with the founders having been inspired by the fact that “nature is where you can always go when you feel overwhelmed by technology,” Schott said.

Tying the different facets of inspiration together is the fact that the brand’s offerings are designed around a “loving way of taking care of your skin,” she said, adding, “It’s not abrasive, it’s gentle. You’re cocooning your skin.”

Though slugging is trendy, Schott and Bordainick are not concerned that Futurewise’s future will be limited. “Using an occlusive is proven,” Schott said, noting that the practice is recommended by dermatologists and, of course, dates back centuries.

Still, for those in the beauty industry or just those who follow BeautyTok, slugging may already feel like old news. Schott said that viewpoint is one that exists in a bubble. “The vast majority of households don’t know it by this name, they don’t have a system for it, and they don’t have a practice around it, necessarily. It’s something that we were able to honor and make accessible through both the price point and the system that we’ve created.”