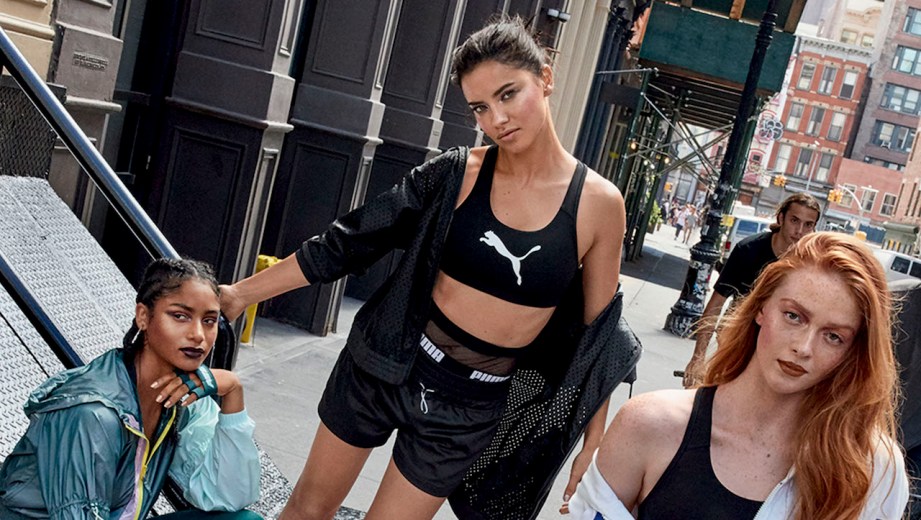 While New York Fashion Week is largely about the fashion seen on the runways, beauty brands are continuing to find opportunities to seize the moment. Stalwarts like hair brand Tresemmé and makeup company Maybelline have been officially sponsoring the event since 2006 and 2009, respectively. And indie companies like 111Skin, Whal Myung and Bawdy Beauty have recently been turning to NYFW as a brand awareness play.

Maybelline, for its part, wants more of the action. Timed to NYFW, the makeup brand launched its first fashion-centric collaboration with Puma. (The line also marks the first time Puma has debuted a beauty line that it helped co-create). The five-piece collection, which includes the Smudge-Proof Mascara, Matte + Metallic Eye Duo Stick, Chrome Highlighter, Color + Gloss Face Duo Stick and SuperStay Matte Ink Liquid Lipstick, debuted this month with 12 SKUs. Each is aptly named with active, streetwear connotations like “Knockout” and “Hustle and Burn.”

“We’re always trying to figure out ways where fashion can be at the forefront of what we do. We want to democratize beauty, and we thought this is a way to also democratize fashion,” said Amy Whang, Maybelline senior vice president. “While it’s great to sponsor a lot of designers and work with makeup artists in New York, if you go into the middle of America, does everyone know who Jonathan Simkhai is? I’m not sure. This is a way to connect with consumers directly and be relevant.”

Prior, the last and closest Maybelline-meets-NYFW consumer-facing product exercise was in 2011. It was to celebrate the 40th Anniversary of its Great Lash mascara — but was limited to product packaging. Designers Max Azria, Tracy Reese and Vivienne Tam created fashion-inspired designs for the hero product. Puma previously celebrated the 50th anniversary of its Suede sneakers with MAC Cosmetics in 2017 (via a three-piece limited-edition lipstick).

“We see this as the development of our first beauty line,” said Allison Giorgio, Puma vice president of marketing, who emphasized the performance and staying power of the collection for its active customer. “Puma leads fashion when it comes to that gym-meets-the-runway moment, and this collection is one that young women can wear when they are on-the-go and working out.”

In the U.S., the collection will be will be sold exclusively at Ulta Beauty starting in March and Ulta.com. Internationally, it will roll out to select retailers, like Superdrug in the U.K., Monoprix in France and H&M in Sweden, from now until April.

Ulta was an important piece of the partnership, said Giorgio, as that is where she sees the Puma customer shopping for beauty. “This younger generation is shopping at Ulta, and this gives us more eyeballs outside of the Puma [woman] seeing and shopping our collection,” she said. Ulta was also the retailer of choice for Maybelline’s Gigi Hadid collaboration last year. This tied to Maybelline’s strategy to tap Gen-Z and millennial customers for the launch — according to Statista, Ulta’s customer is 34-years-old and younger. However, that collection sat on store shelves for three months, while the Puma line is about “driving scarcity,” said Whang. Maybelline would not disclose sales for its Gigi Hadid line.

To fuel a younger following, both brands have been strategic about their social strategy, and Maybelline, in particular, has relied on an experiential playbook for added value. Both Puma and Maybelline teased the collection on social media with model Adriana Lima (she is a spokesperson for both brands) beginning on January 17. Later in the month, Maybelline hosted an unpaid influencer preview event in Los Angeles. The event drew on Maybelline’s cast of beauty influencers, like Angel Merino (with 1.4 million Instagram followers), and also included Puma’s roster, such as professional dancers Kaelynn “Kay Kay” Harris and Tati McQuay. (Harris has 938,000 followers on Instagram, while McQuay has 606,000 followers.) According to Whang, the event garnered over 20 million globalimpressions.

A NYFW launch event on February 10 built on this activation: Puma dancers performed for invited guests at the event, which drew 13.3 million social impressions in less than 24 hours. More of these experiential launches will roll out as the Maybelline x Puma products launch in more countries, said Whang.

Rarely do beauty brands find their match with fashion partners in size and scale for fashion week collaborations. MAC typically works with emerging designers like Proenza Schouler and Brandon Maxwell, as it did in 2014 and 2018, respectively. (Proenza Schouler also worked with Lancôme in 2018.) Similarly, L’Oréal Paris collaborated with Isabel Marant in 2018 and also worked with 74-year-old luxury house Balmain in 2017. (However, even that instance was more about designer Olivier Rousteing’s popularity than the brand itself.)

“We rarely see brands of this magnitude working together, but when they do, it can work very well,” said Conor Begley, co-founder of marketing and technology firm Tribe Dynamics of the Maybelline and Puma launch. “We know that brands that are mismatched in size or commonality don’t typically resonate for customers.”

For example, Proenza Schouler’s Lancôme collection only drove $913,000 in EMV (earned media value) over a six month period in 2018. Maybelline, meanwhile, drove $894,000 in EMV in just two months for its Lemonade Palette last year. Begley explained that for Proenza Schouler and Lancôme, it was largely a brand awareness play for the former; the two companies only shared 505 common influencers.

Meanwhile, within Puma’s influencer community, 1,150 of its 4,222 ambassadors already create content for Maybelline.  This overlap in influencers was clearly a selling point for both parties. As Giorgio said, “There were just too many synergies to pass this up. If we were going to go after beauty, we wanted to do it with the right partner.”