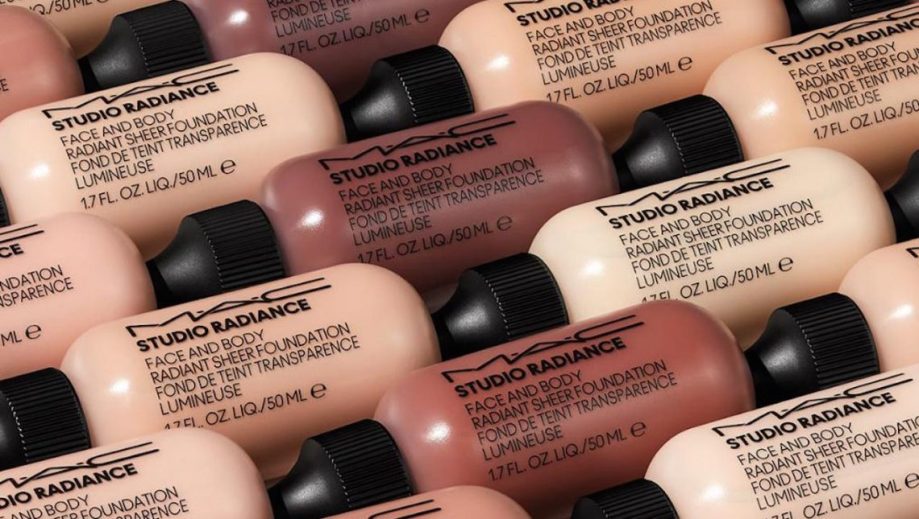 MAC Cosmetics has rebranded its Studio Face and Body foundation to Studio Radiance. The plan is for Studio Radiance to serve as the first product in a new pillar of MAC products focused on a “radiant” finish.

With Studio Radiance, which first relaunched in early April, MAC also expanded its shade range from 13 to 30. But it did not change the formula. Unlike MAC’s Studio Fix foundation, with its name that connotes the idea of long-lasting performance, the Studio Face and Body foundation did not indicate its final appearance beyond its use case for both face and body. However, it offers buildable, sheer coverage that seems catered to no-makeup-makeup aficionados. MAC is trying to break out of its mold of full-face makeup by emphasizing that it has products for everyone, whether they are makeup artists or not, said Eva Yean, MAC Cosmetics svp of global product development. Not only does Studio Radiance speak to younger customers interested in lighter feeling makeup, but it’s also targeting Asian customers for whom the glowy skin trend is popular across all age demos, Yean said.

Additional Radiance products will launch in 2022 to establish the new category. According to a MAC spokesperson, the Studio Face and Body product was sold in two sizes, 50-milliliter and 150-milliliter bottles. Overall, it was MAC’s No. 3 best-selling foundation, following Studio Fix Fluid and Studio Fix Powder. MAC declined to share sales or growth stats, but it was called out during Estée Lauder Companies’ second-quarter earnings call in February for placing No. 1 in prestige makeup sales during Alibaba’s Singles’ Day event. Estée Lauder Company posted a 25% sales decline in its second-quarter earnings.

“We were looking at [shade expansion] as an opportunity to breathe new life to this iconic product. We [also wanted to] better help meet the needs of the consumers who are gravitating toward that less-is-more beauty mentality during the pandemic,” said Yean. “This product offers a dewy no-makeup-makeup look, but we’ve never talked about it. When people think of MAC, they think of full glam looks and high-coverage foundation. So the idea was to bring Studio Radiance to the forefront to capture a new generation of fans.”

Though Yean and her team began working on the Studio Radiance rebrand before the pandemic, the launch campaign pivoted due to how people have altered their makeup routines and look because of Covid-19. She said the Studio Radiance narrative was set to focus on its professional roots in face and body makeup artistry, and regular use backstage at fashion shows. But now, it’s focused on the product and calling out its end result. For example, video campaign assets on Instagram include a wide array of people with different skin tones, professions and lifestyles demonstrating how they use Studio Radiance. Notably, MAC is also no longer the only brand that specializes in body foundation. New entrants like KKW, Tarte and Dermablend, as well as Tinge on Tuesday, have elevated the sub-category.

According to Launchmetrics data, MAC’s own channels serve as its biggest source of media impact value, a proprietary Launchmetrics measurement that tracks the impact of influencers, print media, celebrities, official third-party partners and a brand’s own media channels. MAC’s owned media provided $21 million MIV (41% of its total) in March, and the top-five contributors were from its U.S. Instagram posts.

“One thing MAC does better than any other brand is they really have built a cult-like following over the years,” said Alison Bringé, Launchmetrics CMO. “What is also interesting about MAC, compared to other brands, is how it forayed from being a professional line into a consumer brand. It’s a brand that everyone has respect for because of its heritage.”

MAC has had a robust approach to its retail and makeup strategies in order to maintain relevance amid a larger industry-wide decline in cosmetic sales. In May 2020, MAC added AR try-on capabilities to its e-commerce site, which it followed with the launch of its drop model program called Underground in June 2020. In Oct. 2020, it linked up with QVC , as well as Boots and Asos in the U.K. And its plan to maintain relevance during the changing tide of consumer expectations will not slow down, said Yean.

“We do intend to keep expanding on different [makeup] finishes for our consumer and to have our makeup artists to show them how to use it and pick what’s right. But we also want to make it easy to self-navigate and understand the product while shopping on e-commerce,” she said.