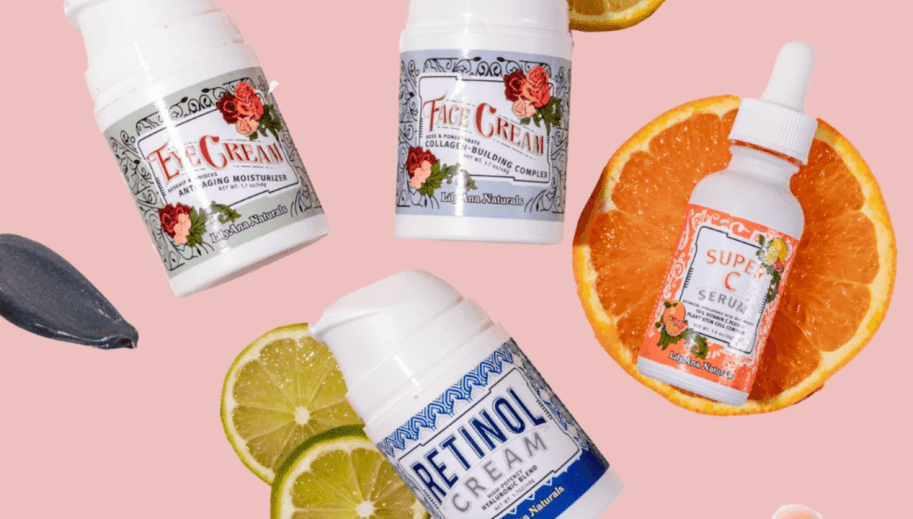 In a world of Amazon-native beauty brands, LilyAna Naturals stands out as one of the most notable. But now the 7-year-old brand is testing its popularity by expanding beyond the “The Everything Store” to its own DTC channels and new brick-and-mortar partners.

Considered an affordable dupe compared to more expensive natural brands, LilyAna Naturals was founded in 2014 in Mississippi and has lived only on Amazon, before its acquisition by e-commerce brand acquirer and operator RDM Partners in July 2020. A spokesperson for LilyAna Naturals declined to share the name of the brand’s founder, but the brand’s registration by Thompson Goods, LLC can be traced to a Sheryl Thompson. The brand did not respond to a request to confirm Thompson’s founder status. Since 2014, LilyAna Naturals has amassed over 29,000 reviews for its retinol face cream and over 18,000 reviews for its eye cream, among its other products with thousands of reviews on Amazon. A quick Amazon search for products like “retinol cream” or “retinol eye cream” renders LilyAna Naturals’ options at the top of the page. Individual products range from $11-$36. The brand has been led by Retta Abraham as CEO since the acquisition, and under his tenure, it’s expanding from its Amazon-exclusive status to join an undisclosed national mass pharmacy retailer in October. In January, it launched a DTC e-commerce website. Abraham declined to share revenue figures but said the brand’s sales have, to date, grown 100% year-over-year compared to 2020 and that this is expected to be retained through the end of 2021. LilyAna Naturals is projecting DTC revenue will make up 20% of total revenue by end of 2021, Abraham said.

“The vision for LilyAna Naturals was always to take the bones of the brand, which was as an Amazon-focused brand with wonderful products, and enhance that,” said Abraham. “We don’t see these various channels as competitive. I see them as complementary. Each of the channels is an opportunity to find new customers.”

LilyAna is now trying to move Amazon customers to its DTC website, in part to gather more customer data. Typically, Amazon does not provide in-depth customer data to brand partners, but by working with an undisclosed third-party vendor, LilyAna has crafted campaigns to bring Amazon customers to its website. Amazon provides customer names to brands, and the vendor partner can then uncover their email addresses (Amazon does not otherwise provide this), which has allowed LilyAna Naturals to target those people on Facebook and Instagram to bring them to the DTC website. LilyAna Naturals has added DTC-exclusive products and sets to its website for added attraction.

“Amazon is a channel for scale. It is not a channel for necessarily having the highest profitability,” said Laura Meyer, founder and CEO of Amazon agency Envision Horizons. “I don’t know if LilyAna or a similar brand would be able to penetrate the Amazon ecosystem if they were to try and launch today. One of the reasons why LilyAna Naturals is a top seller is that it has thousands of reviews. It will take years to get that type of review scale now.”

LilyAna’s customer data extrapolation approach is supplemented with top-funnel paid advertisements across Facebook, Instagram, Google, YouTube, Snapchat and TikTok. Digital video and static ads are designed to highlight specific customer needs around anti-aging, acne and other skin concerns. The core customer base is women between their late 20s and early 60s. LilyAna Naturals also retains an influencer network; the brand works with approximately 30 influencers a week who focus on yoga, clean beauty and organic food lifestyles. Abraham said that approximately 20% of 2021 revenue is reinvested back into marketing and advertising.

“[Being known] as an Amazon brand is an advantage today, and we are going to use that position to help grow our other channels,” said Abraham.

LilyAna Naturals is not the only brand to begin its story on Amazon. Hero Cosmetics, which received a minority growth investment in January, first launched on Amazon in 2017 and then launched its own DTC e-commerce site the following year. When sunscreen brand Summer Ready debuted in 2020, it was simultaneously sold across a DTC website and Amazon, as did kids’ hair-care brand TBH Kids in 2019.

For its brick-and-mortar debut, LilyAna Naturals will add QR codes to secondary packaging that customers can scan to sign up for an email list. Abraham added that he’s mulling a potential fundraising round in the near future, but doesn’t have a definite timeline.

“What [LilyAna Naturals is] doing is fantastic. We’re now in a new age where brands can be initially Amazon-native, and then scale out and have success beyond the Amazon platform,” said Meyer.