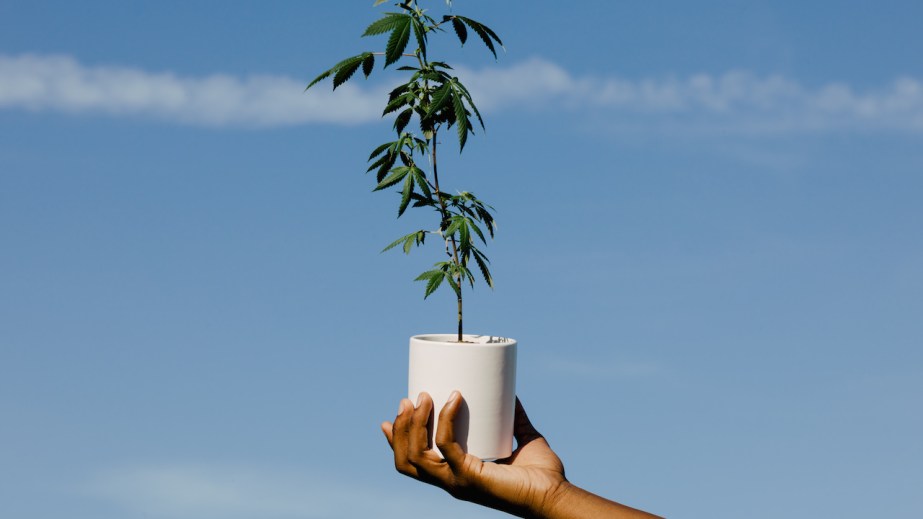 Legacy beauty execs are leaving their jobs for CBD

Since January, a swath of personnel from companies like L’Oréal Group, Goop and The Honest Co. have decamped to indie CBD brands or launched their own. For example, Sam Cheow the former L’Oréal USA head of trends left in January to start his aromatherapy brand, Necessary Luxury, while Christopher Gavigan, the co-founder of The Honest Co., launched beauty and wellness brand Prima in June. In the end, executives are leaving corporations where they have access to benefits, comfortable salaries and relative job security for the twists, turns and general uncertainty of entrepreneurial life. CBD has become a nexus for the industry in that it represents a lucrative and timely opportunity. This flashpoint coupled with lower-than-ever barriers to entry has created a perfect storm within the beauty and wellness industries.

“We’re seeing board members, C-suite, and now vp- and svp-level people who are leaving [traditional] beauty companies en masse,” said Josh Wand, CEO of recruitment agency ForceBrands. “The inquiries we see [for people] to join CBD and cannabis far out-trump any other industry.”

Part of the motivation for this exodus is purely economical. CBD is everywhere and finally landing major retail distribution in Sephora and Ulta. Heritage company Estée Lauder Companies has attempted to touch the movement via its Origins brand with a hemp sativa oil (i.e., not CBD) product, but overall, these companies are slow to fully embrace it and are more risk-averse. That’s essentially leaving money on the table, Wand said. Investment bank Jefferies said the CBD beauty market could reach $25 billion globally in the next 10 years and could amass 15% of the total skin-care market. In time, when proper regulations are in place, the successful CBD brands in the marketplace could be ripe for acquisition.

Fleur Marché, a CBD retail platform that launched in January and sells products by brands like skin-care company Plant People and ingestible brand Calivolve, was founded by two Goop executives. Both left Goop in August 2018 before starting their venture at the end of September. They found themselves excited by the idea of CBD, but also felt their current company was not moving fast enough to adopt the ingredient in its platform or products, said Meredith Schroeder, Fleur Marché co-founder. Her co-founder, Ashley Lewis, also experienced using CBD after experiencing personal injuries and found it helped; but, they both recognized the ingredient had a branding problem because of CBD’s relation to marijuana. Women they spoke with were wary of CBD, associating it as a recreational habit rather than a wellness ingredient.

“Our first stepping stone [is] rebranding CBD as a wellness tool for women who are uneducated on it,” Schroeder said. “We think there will be an evolution [in CBD] and that these women will, as they increasingly accept it, will have a large impact on the category.”

Like most executives Glossy spoke with for this story, neither of Fleur Marché’s founders had anticipated becoming business owners within the cannabis industry — but people see CBD as a radical new ingredient for beauty, and that’s motivating them to take the leap. It is believed to have panacea-like benefits like reducing skin inflammation, offering physical pain relief, relieving insomnia and boosting mood. Comprehensive scientific research that supports these claims is still underway, but the nascent beauty and wellness brands are not waiting on the sidelines lest they fall behind. They must, however, cope with the challenges around an inability to advertise on platforms like Google and Facebook, or issues with payment processors that prevent customers from purchasing.

“The idea that this could work for other people was a real driver,” Lewis said. “Once I realize it could be effective, I finally had a vision for what a company [of my own] would be. There was a clear opportunity to make this category more digestible.”

This common sense of brand purpose and authenticity in a founder story are emblematic of how consumer and corporate culture has changed. Within the beauty and wellness segments, customers are more conscious of the brands’ diversity, inclusivity and environmental impact, and are looking toward companies they identify with. In turn, brand founders are looking at how to express their passions and own ideals through product.

Taking a path similar to that of Lewis and Schroeder, Phillip J. Zamudio left his role as global head of sales and education for L’Oréal USA’s Baxter of California brand after suffering severe injuries in a car accident that turned him onto CBD to alleviate pain. He joined hemp-CBD brand Mary’s Nutritionals and its sister brand Mary’s Methods in June as their global vp of sales. Mary’s Methods was launched in 2018 as a skin and bath brand and was seeking team members who had a history of working at a large enterprise.

“[L’Oréal] was a dream of mine, but then I had my accident and had time to think,” Zamudio said. “There was an openness to Mary’s. They wanted to learn. Many people starting companies aren’t coming with a CPG or beauty background, so there’s an appreciation for what you bring to the table, which is different from what you experience at the typical beauty company.”

But since indie brands are gaining market intelligence by recruiting corporate talent, it means that legacy employers are suffering from brain drain. In response, they’ll have to offer higher salaries and more work benefits to retain their current talent, said ForceBrands’ Wand. Larger beauty companies are planning to offer more work-life balance benefits, according to a 2019 report from ForceBrands. Meanwhile, cannabis CPG companies offer the highest average annual raises, at 4% to 14%, which is more than the CPG cross-industry average and more than quadruple the national raise average. This is on top of other popular benefits like stock options and bonuses, according to ForceBrands.

“The day of working for the biggest, best company after college isn’t the route that people want to take,” Wand said. “It’s being amplified in cannabis. It scares all the big companies because they are losing thought leaders and innovative talent.”

But what is interesting to beauty executives is not only the existing potential of CBD, but also the other secrets that a cannabis plant can unlock for beauty and wellness treatments. CBD (like THC, which is responsible for the psychoactive response to marijuana) is just one of 113 identified cannabinoids in cannabis plants, meaning there are dozens of other ingredients to research, develop and sell. All sources agreed that being on the ground floor of this trend and its potential excites them and suggests it could be game-changing to the industry.

“The market has been so saturated with topical ingredients that claim to blow your mind,” said Derek Chase, Flora + Bast founder and former executive at L’Oréal-owned Kiehl’s and Johnson & Johnson. “This is where [CBD] can have a big impact because beauty needs to evolve into a lifestyle predicated on more than topical remedies. CBD is a Trojan horse for beauty becoming a health and wellness opportunity rather than a topical solution.”