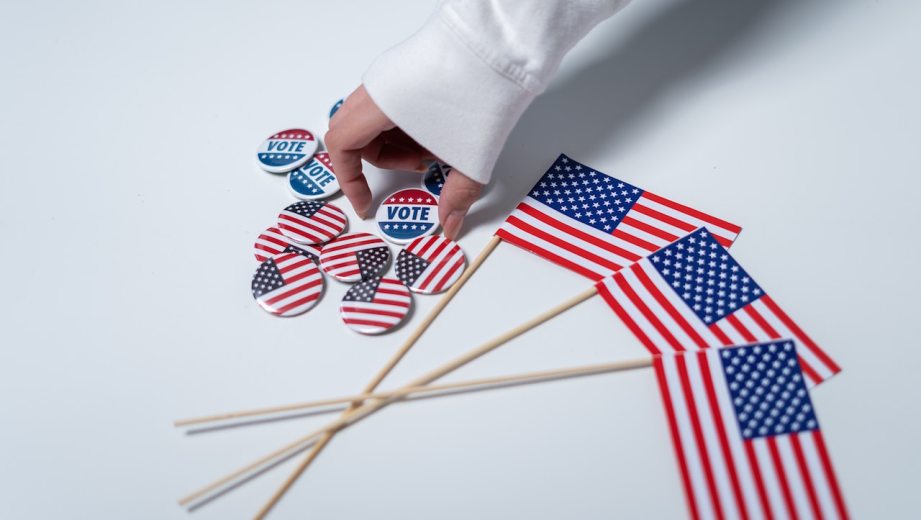 In the runup to Tuesday’s U.S. presidential election, wellness brands are offering products, kits and services aimed at combatting stress and quelling anxiety.

In mid-October, NYC-based private wellness club The Well debuted a $49 “Election survival kit” to accompany the launch of its new product, Liquid Calm, which can also be purchased on its own for $39. The kit also comes with a guide to de-stressing, one free session with a health coach, tissues (“For happy or sad tears”) and a tiny American flag. The wellness retailer Clean Market is offering a mix of vitamin B12 and Vitamin D injections at its three locations between New York City and Las Vegas, and on its website, in partnership with nonpartisan nonprofit The Early Vote, it’s selling a bundle featuring a candle, sage and palo santo. These join other election-themed kits from the likes of CBD brand Verdania Fields and even Babe wine.

Suffice to say, the Nov. 3 election is unprecedented in modern American history leading to a collectively stressful and anxious mood. The outpouring of in-person voters has led to longer than usual lines, with poor and minority communities experiencing the longest lines. Mail-in voting has also surged amid the pandemic, which has further slowed the U.S. postal system. Many experts state that the outcome of the election is unlikely to be resolved until days or even weeks after, and President Donald Trump is expected to contest election results if he loses. There are also fears of armed militias and civil unrest, no matter who wins. Given the nature of the wellness industry, which often ignores minority and less affluent groups of people, products aimed at soothing election stress may not reach the people most in need.

When asked what the reception has been, Lily Kunin, Clean Market co-founder, said the retailer has not seen any negative reactions. She said Clean Market wanted to partner with The Early Vote to inform customers and social media followers that voting in-person early is an option and that it reduces the struggles the post office is facing with mail-in ballots. Recipients of the Election Booster Bundle receive voting pamphlets in person, while the candle, sage and palo santo bundle come with a card of information from The Early Vote. Kunin added that there is no financial relationship between The Early Vote and Clean Market. She declined to share the core demographic of Clean Market customers, citing wide variations among those who partake in its various in-person services and shop its e-commerce site.

“Transparently, business has been so different these past seven months, and we were closed for three months. We’re in a position where we need to recover as a small business; we’re not becoming rich off [election-themed products],” said Kunin. “Right now, [the best support we can provide] is by amplifying others’ voices by using our social channels and our community outreach versus financial support.”

Kane Sarhan, The Well co-founder and CCO, said in hindsight he wishes that The Well had also partnered with a voting non-profit group for its Election Survival Kit. The cheeky nature of the survival kit was intentional, precisely because of how stress and anxiety can negatively affect the body.

“Finding levity and hope in stressful situations is good for your body,” said Sarhan. “We wanted to make sure that this wasn’t the only thing we did and that we weren’t commercializing an election. Participating in the conversation while also providing a product is very helpful and very beneficial to people.”

Sarhan added that The Well has been active throughout the election cycle, such as giving employees the day off for National Voter Registration Day on Sept. 22, so they could phone-bank if they wanted. And its editorial team has produced stories on how to get politically involved on the local level and how to register to vote. The Well has approximately 800 members at its NYC location and 100,000 people in its digital database. Members are 60% female and 40% male, and its core demographic is 35- to 55-years-old with BIPOC making up 25% of members. The Well has plans to increase BIPOC membership and make The Well more accessible to all income levels in 2021, said Sarhan.

Still, given that a second four-year term of President Trump could arguably be more damaging to U.S. foreign policy and further harm vulnerable groups of people such as immigrants and LGBT people than his first term, voters may need more fundamental help going into Tuesday than a de-stressing tonic.