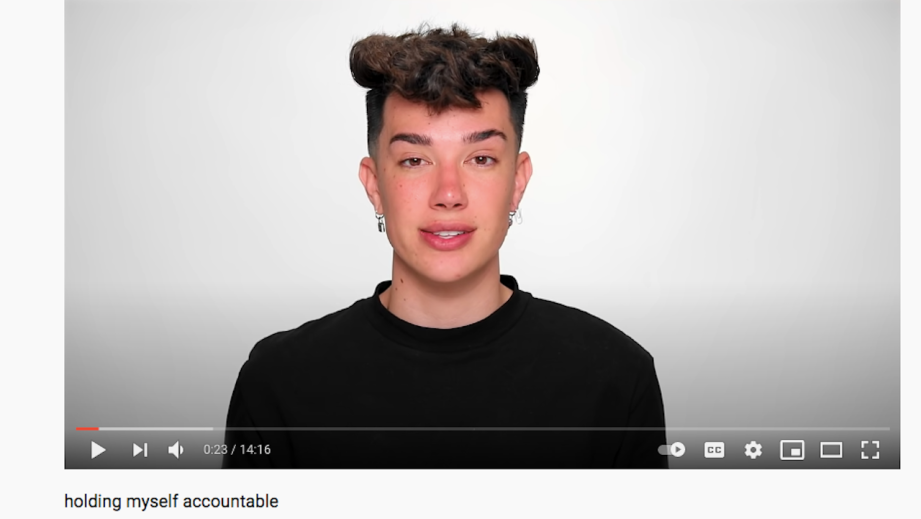 James Charles’ demonetization by the numbers

Last year, it appeared that James Charles had made a full comeback from his “Dramageddon 2.0” feud with Tati Westbrook in 2019. As the most-followed beauty influencer on YouTube, he had massive audience growth, brand deals and a YouTube reality show in 2020. That has changed dramatically over the course of the past two months.

Following news that 21-year-old Charles had been sexting with teenagers allegedly aged 16 and 17, he has been demonetized by YouTube, lost his collaboration deal with Morphe, will not be appearing on the next season of “Instant Influencer” and was absent from YouTube’s recent major beauty festival. He was also reportedly cut from Bella Poarch’s recent music video release. The swift fall is an example of the risks brands face when working with controversial mega-influencers.

Charles’ YouTube subscriber count is currently at 25.3 million, a 200,000 follower drop since April when he had 25.5 million. His TikTok follower count is still growing, but the momentum has slowed. According to TikTok analytics firm Inspary, he gained 2.5 million followers in January, but only added 500,000 new followers in April and 200,000 so far this month.

Prior to the scandal, Charles had been one of the most successful beauty influencers on social media. Based on data from beauty shopping platform Cosmetify, Charles earned an estimated average of $25,520 per YouTube video in 2020, making him the highest-earning beauty influencer on the platform per post. He also saw healthy monthly growth: data from software company Reincubate found that he earned 900,000 new YouTube subscribers and 152 million video views in November. It estimated that he made $2.5 million off YouTube in 2020. Charles was also a top beauty influencer on TikTok, earning an estimated $35,502 per post.

Charles’ fall from grace also impacts the beauty brands within his orbit.

“In terms of the dropping of an influencer, you’re talking millions of dollars, basically,” said Mary Keane-Dawson, the CEO of influencer agency Takumi.

“Unfortunately, working with celebrities as brand endorsers across all verticals, not just beauty, brings the risk of public revelations of immoral or criminal behavior,” said Stacey DeBroff, the CEO of influencer platform Influence Central.

According to Tribe Dynamics data, prior to his demonetization in April 2021, Charles had driven massive earned media value (EMV) for the brands he worked with. Based on the firm’s analysis, he generated $4.4 million of the net $151.1 million EMV earned by Morphe in the first quarter of 2021, as well as $4.3 million in EMV of the $25.2 million earned by Lilly Lashes. After Morphe cut ties with him, the number of influencers posting about his Morphe palette declined to 154 in April, down from 268 in March.

The firm also found that due to the severed relationship with Morphe, this scandal is hitting much harder than the original “Dramageddon 2.0.” While CoverGirl dropped him as the first male face of the brand in 2019 as a result of his first scandal, he made a swift comeback when it came to generating buzz. When that 2019 scandal hit, his monthly EMV generated for Morphe went from $1.8 million in April 2019 to $460,200 in May of that year, but bounced back to reach $1.4 millon in June 2019.

This is the latest influencer scandal to prove costly for a brand, following the multiple beauty YouTube meltdowns over the years, including the Jeffree Star scandal of 2020 that caused Morphe to make a similar move and cut ties.

“I think once James was dropped by CoverGirl, that would have rung massive alarm bells in my mind,” said Keane-Dawson. “It was just forgotten about. It was just swept underneath the carpet.”

For brands approaching an influencer marketing strategy amidst the risk of scandals, vetting is key.

“Brands have a mandate to do in-depth vetting and due diligence to understand the background and personality of an influencer they plan to engage in social media campaigns,” said DeBroff.

But “inevitably, we are dealing with humans and things go wrong. They’re unpredictable, so there’s no 100% guarantee” that a brand can avoid an influencer scandal even with proper vetting, added Keane-Dawson. Her recommendation is that in addition to vetting, brands need to diversify their influencer portfolio.

“Brands need to mix it up with regard to having fully integrated multi-platform, multi-format campaigns that just do not rely too heavily on a handful of influencers,” she said. “Unfortunately, the beauty and wellness industry has been particularly dependent on these mega influencers.”