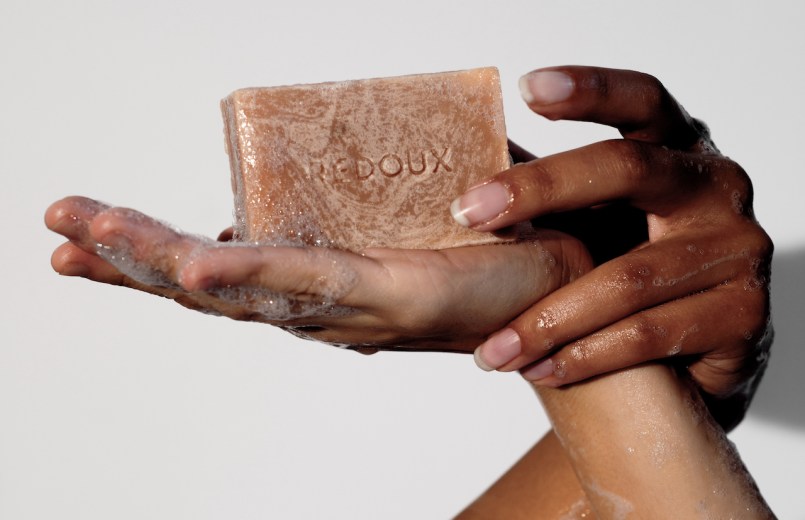 This story is part of our week-long series on the strategic trends among fashion and beauty brands for holiday 2020.

Like its counterparts, it is an attempt to drive customers to shop between Thanksgiving and New Year’s — but in this case, it’s to buy from Black-owned and Black-founded business. Though the idea of creating Black wealth has been around since the early 1900s, it’s gained more mainstream attention since the killings of George Floyd, Breonna Taylor and Ahmaud Arbery this year.

“After George Floyd, we had a swarm. It was an interesting time, because our sales from May to June pretty much quintupled,” said Asia Grant, the founder of all-natural skin-care brand Redoux NYC. The indie brand was founded in July 2019.

Desiree Verdejo, founder of HyperSkin, said something similar of the newfound support, “The experience was very intense in June and July. They were definitely our biggest months, rivaling holiday sales right now. But outside of sales, retailer conversations and mentions in all of these publications were outside what I had ever seen. It brought exposure that was incredibly unexpected.” HyperSkin launched in November 2019.

Grant and Verdejo’s experience post the Black Lives Matter awakening was like many other Black-founded and Black-owned businesses Glossy has spoken to, from Dehiya Beauty to KNC Beauty. But for some, that wave of support waned as the year went on. Thus, the resurgence of Buy Black is timely for the holiday season, but with companies as varied as Amazon and Facebook participating, well-intentioned marketing attempts also reveal the need for sustained support.

For Facebook’s part, it kicked off its Buy Black holiday campaign on October 30, with a gift guide in partnership with the U.S. Black Chambers, a product guide and a Buy Black Facebook Live Show, among other initiatives. Like Twitter and YouTube, Facebook’s outward support of Black Lives Matter and Black businesses has largely been in the form of statements and financial donations versus solving for how its platform has sometimes been weaponized against the movement. But Grant has found both Instagram and Facebook to be fundamental to Redoux’s growth.

“Facebook reached out to us through Instagram. Eva Chen [the company’s director of fashion partnerships] said, ‘I love the brand, send me an email,’ and the next day, I’m in a meeting with the Instagram shopping team,” said Grant. What started with organic storytelling of Redoux in an Instagram stories-style takeover led to the Buy Black Facebook Live Show last month, which entailed Grant talking about her brand and product on-air.

“I was apart of six or seven different initiatives and was emailing with 20 different people at Facebook. It was crazy. What I’ve loved wasn’t that it was a push just around George Floyd, but they wanted to help me build my strategy and it affected the inflection of my business. Other companies didn’t do that,” said Grant. After her appearance on the first episode of the #BuyBlack Live Show, sales of her Borage Ginseng Active serum increased by 1,300%, and it’s currently sold out. Most recently, Grant was featured in a panel discussion on entrepreneurship Thursday, with influencer Nyma Tang, Bri Hall, Abena Boamah-Acheampong of Hanahana Beauty and Jacqueline Carrington of People of Color Beauty.

The peaks and valleys of the larger Black Lives Movement have been more challenging for other businesses. “We were strategizing after June and July, where we sold out twice. Later in the summer it was quiet, and that is a challenge as a founder, because you are making major determinations of what level you’re replenishing at, and then you don’t know if that momentum is going to last,” said Verdejo. HyperSkin is self-funded, as is Redoux.

When Facebook asked Verdejo if she wanted to be a part of its Buy Black program, she said she was “curious.” “I was optimistic that when an organization as big as Facebook comes along and says that they have an initiative, to see how deep it goes. I don’t have an excess of resources, and can’t pay thousands of dollars on paid social like [venture capital or private equity] backed brands. Facebook’s platform is how most modern brands are scaling, so it was important to participate,” she said.

Because of her inclusion in Facebook’s program, Verdejo saw holiday sales and engagement match that of early summer months. She hopes to do more with the platform in the coming months, but underscores that customers and retailers need to recognize that “buying black is an always on movement.”

“We try to educate people and let them know that just because something is Black-owned, that doesn’t mean that it’s made only for Black people,” said Lenise. AMP Beauty LA partnered with Faire, a wholesale marketplace for independent brands, to give the brands it stocks a chance to have larger retail exposure.

“We have focused on highlighting Black-owned businesses in prime placements in our marketplace to increase their visibility and discoverability,” said Sara Ittelson, Faire’s head of strategic partnerships, of its collaboration. “This helps retailers who wish to dedicate more of their shelf space to Black-owned brands, and encourages other retailers to consider how their spend can support Black entrepreneurship and combat economic inequities.”

And that’s arguably much more significant than any marketing play that happened earlier in the year.

“It makes you wonder: What was the purpose of those hashtags? Black squares? Proclamations of allyship? Because support isn’t just something you post on social,” said Moore. “It’s how you support Black business in the long term. That’s the new charge: Don’t just buy Black in February or contribute to a surge in sales when injustice strikes. Make it a part of your every day. “