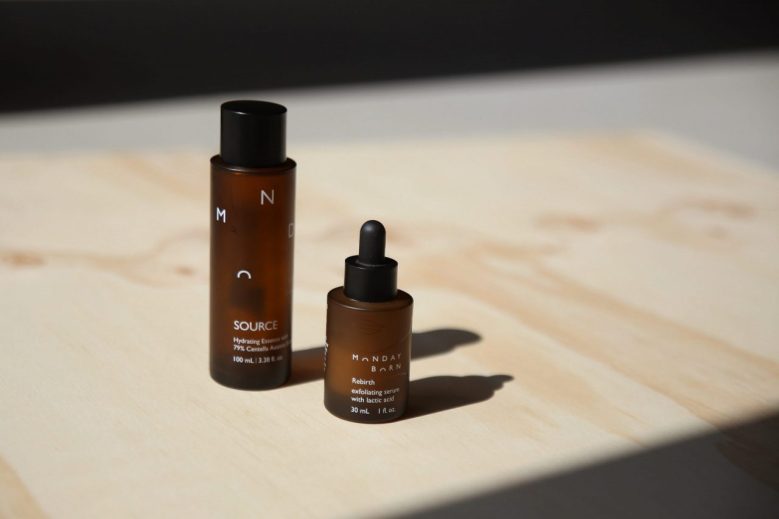 Influencers today are practically guaranteed the opportunity to start a brand. It’s a fact Teni Panosian knows well. Panosian first had a blog, Miss Maven, before she started a YouTube channel in 2011. Friends who’d seen her success on her blog encouraged her, saying she could be “the next Michelle Phan,” Panosian said. By 2013, things started to pick up — Panosian was selected as an ambassador for YSL Beauty and she worked with Maybelline, which resulted in her face displayed in Target stores across the country. Today, she posts more on Instagram, where she has 576,000 followers.

“I knew creating product was in my future at some point,” she said, “But let’s be honest, there have been so many content creators that have launched their own brands and they’ve been pretty much the same, as far as style and direction.” She was waiting for the opportunity to do things differently. When she met her co-founders, HeeKyeong Seo and Jordan Lim at the incubator and social platform Beaubble, she thought, “This is it.” The resulting brand, Monday Born, launched in March 2020.

The key reason was that Monday Born produces its products according to a pre-order-based drop model — it only manufactures as many products as consumers demand. This model is beneficial, in terms of sustainability, but also product freshness and potency. “We don’t have a purchase order for 50,000 or 100,000 products that then just sit on a shelf for a year,” she said. “Thousands of those products that don’t get sold end up as waste. Plus, in skin care especially, shelf life and expiration dates really matter, and they affect the performance of a product.”

The drop model has also allowed Monday Born to incorporate customer feedback into its product development process. “Not a single Monday Born product has been discarded or sold at a discounted price because of a looming product expiration date,” said Seo. One of Beaubble’s hallmarks is its community platform, which allows the brand to have its own social network, of sorts. Panosian’s is called the Monday Born Experience. Members are fans of Panosian, and some are selected to weigh in on products before they launch. “Because they are invited into the creative process as we iterate on our product positioning and development, they become more excited to see those end results come to life,” she said.

The only problem, so far, has been that customers have waited as long as eight weeks to receive orders. Customers have learned to plan ahead, as many have become loyal to the line. That includes Panosian herself “I buy my own products. We have no inventory!” she said.

Drops occur intermittently on a rotating basis, with each product becoming available to order at a designated time. After a customer opts in to “get the drop,” existing products typically ship within two-and-a-half weeks, while new releases can take a little longer.

Panosian said that, at first, the delay made her nervous. “Even though I knew this model was good for the environment and it was good for the consumer, I was like, ‘Man, people are going to be put off by this having to wait for so long.’ But our sales say differently.”

Of the small group of community members involved in testing products pre-launch, she said, “People were emotional. Like, we were about to cry. We’d really bonded. If you’ve been in the Monday Born Experience, you’re with us for life. We are actually planning a happy hour with everyone who’s ever participated, to just catch up.”

The brand now has five products, including its cleansing duo, which is currently available for pre-order. There is also Rebirth, a lactic acid and niacinamide serum, which was the brand’s first launch and remains its bestseller, and The Seven, a skin-nourishing moisturizer. Source, a centella asiatica-packed calming and hydrating essence, is the one Panosian keeps backstock of for herself.