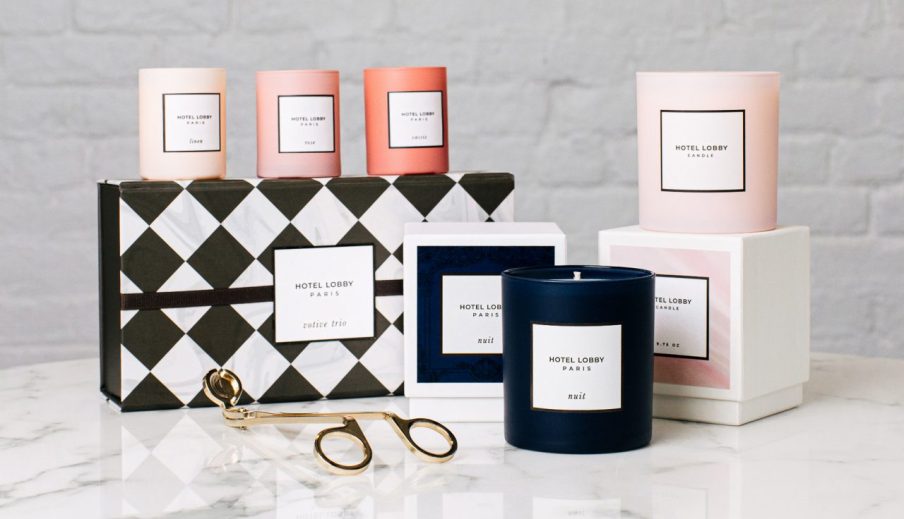 It can feel like celebrities launch new brands every day — double that number when it comes to influencer-founded lines, especially in the beauty and lifestyle spaces. Even so, new ones continue to launch and find success. It’s a fact Lindsay Silberman, former deputy digital editor at Town & Country-turned-influencer and entrepreneur, is well aware of. Still, in October, she launched a brand of her own, Hotel Lobby Candle, which first debuted on its website.

“The world does not need another candle brand,” Silberman said on the phone with Glossy. “And yet, I launched one, and it’s doing really well.” The brand is meant to “bring you a five-star hotel experience…at home,” according to its Instagram bio. Silberman’s inspiration was her own past travels.

Silberman has 178,000 followers on Instagram, some of whom also follow her blog and receive her newsletter. That’s well shy of a million followers, she pointed out. “When we first launched, I had no clue what kind of numbers to project. I thought, ‘Well, I know how many people watch my stories and how many people typically buy things when I post them.’” Silberman said that, depending on many varying factors, such as “the category, the price, the algorithm that day,” the products she links to sell “anywhere from a few dozen to several hundred units.”

But the HotelLobbyCandle.com launch sold out in 24 minutes, which Silberman had not at all anticipated. The inventory had been expected to last for at least three months, throughout the holiday season. “We were on the phone with our manufacturer, asking, ‘How soon can we get more?'” The product was restocked a few weeks later, and it sold out again within two hours.

This week, Hotel Lobby Candle launched at Neiman Marcus online, and it’s set to debut in eight stores: Beverly Hills, Bal Harbor, Newport Beach, two locations in Dallas, Atlanta, Chicago and Philadelphia. It happened, unsurprisingly, through social media. “A buyer from Neiman’s had followed me and heard about [the candles] from other people, and she reached out to me. So we started a conversation with them,” she said.

For Silberman, the choice to not have her name or face on the product was an intentional one — she wanted the brand to exist separately from herself.  Silberman sees the brand’s success as the result of her followers’ loyalty and the brand’s carefully thought-out branding. It trickles into every element of the ‘experience,’ including the ever-important unboxing.

“I came from this editorial background where I really never did paid sponsorships; I didn’t start doing them until I was well over 100,000 followers. So I think people were used to me recommending things without any financial incentive. I was always talking about products and things I liked and didn’t like, as a consumer,” Silberman said. You can’t smell a candle online, so trust is key.

She believes the branding experience is, perhaps, even more important, because “having a following and telling your followers to buy something” is not a recipe for longevity. “It has to be a great product. It has to be a great customer experience — the packaging, the branding, all of that has to be top-notch. People want a full experience with a purchase, especially when it’s created by a content creator or influencer, where everything in our world is curated and beautiful and aesthetically pleasing. People expect that from the brands that influencers create.”

Essentially, if an influencer creates a product, it should look like it would be right at home in any of their standard posts.

Hotel Lobby candles come looking gift-ready: Each box wrapped with a ribbon. Single candles, which are available in three scents, are $54. The brand also sells a trio of votives for $74. Silberman covered the travel industry in her magazine career and implemented thoughtful touches inspired by hotels in the brand’s experience. Each candle comes with a card that looks like a hotel room key, with instructions on how to use it. The brand’s customer service is called its “candle concierge,” and DMs are answered as though they are “messages from the front desk.” The newest launch, the beach resort-inspired Island candle, comes with a small notepad, like the ones you’d find on a desk in a hotel room. Silberman said that almost everyone who posts about the candles includes the key card.

“Whenever I see someone post us or tag us on Instagram, I go to their account to see if they’re following me. And if they’re not following me, it’s the best feeling,” she said. “It tells me that the brand is transcending my sphere of followers. It’s becoming bigger, and there are more people who know about it.”