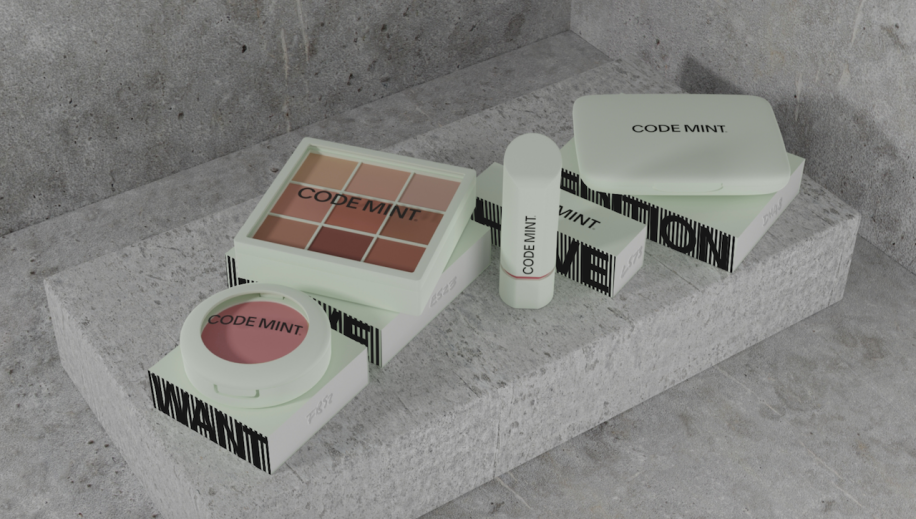 In April 2020, influencer and reality star Grace Chow caused an online sensation across Asia when she took to social media to reveal her pop-star boyfriend Show Luo’s philandering ways. Newly single, Chow had time to take a pause and she’s moved on to become a beauty entrepreneur.

On January 20, Chow launched her new beauty line Code Mint on top Chinese e-commerce platform Tmall, joining the country’s boom in digitally native indie beauty startups. Leveraging her nearly 11 million followers on Weibo, she hosted a Weibo livestream to promote the brand that caused the collection to sell out by the end of the day. The success of the launch reflects the rising popularity of digitally native indie beauty in China, as well as the power of influencers, celebrities and livestreaming to drive online sales.

Chinese beauty shoppers “are more willing to try out domestic cosmetics brands and products,” said Chow via email. “That gives new brands a chance to compete with the already well-established beauty giants.”

With over 19 million total followers across social channels, Chow, who is based in Beijing, rose to fame online over the past decade thanks to her high-end lifestyle, as well as her nine-year relationship with pop star Luo.

Chow’s April tell-all post about her breakup with Luo generated an outpouring of sympathy for her and temporarily crashed Weibo’s servers as a result of the online uproar. Luo was reportedly kicked off two variety shows and lost $9.5 million in brand deals in the fallout, according to Taiwanese media. On the flip side, Chow made the leap from influencer to bona-fide celebrity, joining the second season of the iQiyi reality show “Fourtry,” which centers on streetwear culture and has a cast of major celebrities including William Chan, Ouyang Nana, Fan Chengcheng and Liu Yuxin.

“She’s definitely the OG of influencers in China,” said Lynn Zhu, the brand’s co-founder. Zhu is a Harvard alum and friend of Chow who moved to Beijing to join the brand after previously working as a UN policy analyst.

The brand does have a leg up: It has angel investment from Cosmax, one of the largest cosmetics OEMs in South Korea, which has “actually never invested in any early stage makeup brands before; we’re their first investment,” said Zhu. She noted that the brand is also in talks with a large, as of yet unnamed international beauty conglomerate for another investment round slated to be announced this spring.

“I’ve always wanted to start my own cosmetics brand,” said Chow, whose foray into beauty began with a lip gloss collection she released in 2017. “Unfortunately, back then, I didn’t have the time or manpower to develop a cosmetics line. In 2020, I finally could devote my time to this, and my businesses partners moved back [to China] to join me in creating this new beauty brand.”

The brand taps into China’s sophisticated social commerce ecosystem, where livestreaming can drive major sales for brands. Chow’s livestream session for the Code Mint launch had 2.4 million viewers and included links to purchase the product, leading to the sellout. One product in the line, a highlighter, sold out less than three minutes after launch. The brand will restock its products in early March.

The brand is also in talks with Douyin (the original Chinese version of TikTok) about adding an online store, and looking at video platform Bilibili for e-commerce to further its digital footprint.

“All these platforms in China are now building their own ecosystems,” said Zhu. “They’re all trying to shut Taobao away and then build their own e-commerce business. We want to make these connections with the Gen Z’s of China, and Bilibili is the main platform for them to use.”

The brand is also aiming to bring the concept of “clean beauty” into the Chinese mainstream, as clean beauty brands including Drunk Elephant and Supergoop have made their push into the China market over the past two years.

“I have very sensitive skin, so I’ve been very selective with the ingredients when it comes to beauty products. But to be honest, I had a limited idea of the concept of clean beauty before launching these products,” said Chow. “There are very limited choices when it comes to clean beauty makeup, so I now use my own products.” She added that she is “confident” of clean beauty’s potential in the China market, thanks to the younger generation.

Clean beauty is not widely known in the mainstream Chinese beauty market. “If you’re in the U.S., it’s something that you take for granted,” said Zhu. “Because if you shop at Sephora, a lot of things have a clean stamp next to them.”

Following the China launch, the brand plans to expand internationally to the U.S. later in the year. Chow’s main social media following is in China, but she has an international fan base, as well, with 2.2 million Instagram followers.