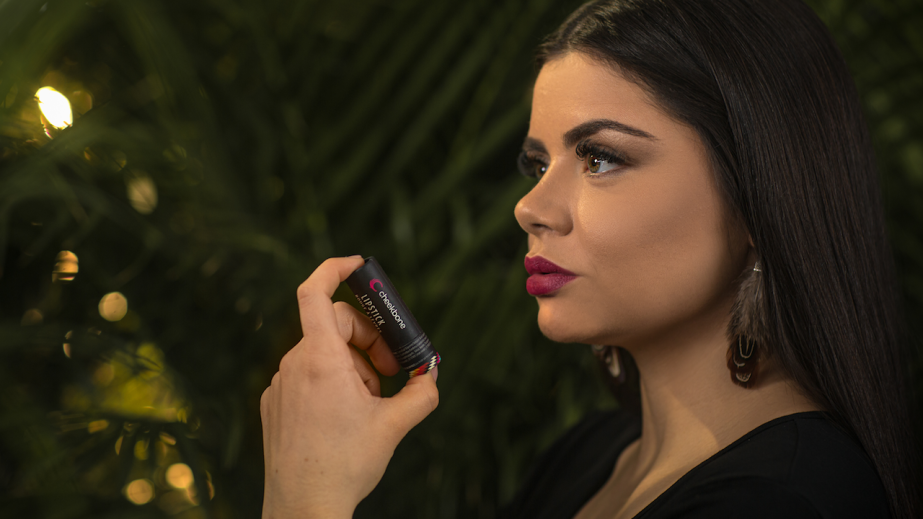 As brands have joined the Black Lives Matter movement and promised to make significant changes for greater inclusivity, Indigenous communities have also been part of the conversation. As developments unfold such as the Washington Redskins’ announcement that it will change its name after years of criticism, these cultural reckonings have now found their way to the beauty industry.

“Growing up, there were no beauty brands that represented Native Americans at all,” said Ahsaki LaFrance-Chachere, the founder and CEO of Ah-Shí Beauty, a color cosmetics and skin care company. Ah-Shí Beauty operates two brick-and-mortar stores in the Navajo Nation. “We’re the first Native-owned beauty brand that has its own storefront,” she said.

“When my mom was purchasing makeup, she would purchase two or three different shades, and mix her own foundation. I asked her, ‘Why buy multiple foundations?’ and she would say, ‘They don’t have my shade.’ I’m Native American and I’m Black. So being half Black, I have seen models that look like me to a certain extent, but growing up on the reservation, there were no brands that looked like me at all.”

Amid a push for greater representation of BIPOC-owned businesses, Indigenous-owned beauty brands have seen an increase in social media and traditional media attention, funding opportunities, and inquiries from retailers. As they field increased requests, they are also sticking to their values and reasons for founding their brands, including helping their communities and forwarding representation.

Cece Meadows, the founder and CEO of Prados Beauty, said that she became aware of this lack of representation while working as a makeup artist at New York Fashion Week. “When you’re Chicana and Native American, and you’re part of New York Fashion Week, that’s something that’s truly unheard of,” she said. She was inspired to start her brand “knowing that my people aren’t represented and that we weren’t models there. It kind of opened up my eyes.”

The “first layer” of empowerment for those in the First Nations community comes through representation, said Cheekbone Beauty founder and CEO Jenn Harper, who recounted the experience of “growing up not seeing my face represented in a beauty brand, ever, or any other industry for that matter. When you don’t see yourself, you don’t really don’t know what you’re capable of.”

But for founders, increasing representation does not mean commercializing Indigenous culture, such as using certain traditional materials as product ingredients. “There’s nothing really Native to my line, besides just me and what my brand represents,” said LaFrance-Chachere. “Nothing really goes back to our culture, because certain things are grown traditionally; [they’re] not made to be mass-produced and sold as profit. We use it in ceremonies.”

This is in stark contrast to the commercialization of Indigenous culture among non-Indigenous companies. Urban Outfitters was sued in 2012 by the Navajo Nation for using the Navajo name without permission, and Rebecca Taylor released a “Navajo” collection in 2016 before removing references to the word. Free People has also been criticized in the past for cultural appropriation in a “Festival” line.

“Our rug designs are everywhere; our pottery designs are everywhere; people are using the name Navajo all the time at boutiques — they call it ‘tribal’ or ‘boho chic,'” said said LaFrance-Chachere. “People don’t really think they’re doing it, but they’re doing it. As a tribal member, it’s my responsibility to correctly and respectfully share the stories and be a representation as well.”

The social movement of the past several months has caused the beauty industry to take more notice of the lack of diversity across all levels. As Indigenous-owned beauty brands have seen a surge of attention from influencers and national media outlets, they are receiving increased inquiries from retailers.

But when it comes to the funding gap between white entrepreneurs and founders of color, “Indigenous women don’t even get on that list,” said Harper.

“I’m glad that we’re finally into discussions, but it took a little longer than it should,” said LaFrance-Chachere.

Ontario-based Cheekbone Beauty, for example, has heard from two major retailers in recent weeks as movements like the 15% Pledge have shed a light on the level diversity of brands stocked in retailers. LaFrance-Chachere, meanwhile, said that inquiries from national media outlets have increased, with her brand recently being featured on “Good Morning America.” She said she had already been in talks with major retailers before the movement began. Prados Beauty, meanwhile, has received 2,000 more followers in the past three weeks as BIPOC-owned beauty brand lists have been shared across Instagram. These brands are relying mainly on DTC channels now, while some sell via wholesale as well.

These businesses have also received more opportunities for investment or mentorship programs. Founders emphasize that as these growth opportunities emerge, they want to ensure they maintain control over their brands, in terms of pace of growth and adhering to brand values.

Meadows, for example, declined an offer by a private equity firm of a contract that included both a grant and funding that would either have to be paid back in percentage of ownership of her company, or 10% within the first five years.

“You have to be careful what you ask for, because you’re going into a different world,” when it comes to scaling up, receiving outside investment and working with national retailers, said LaFrance-Chachere. “You have to be ready” to be able to handle the costs of ramped-up production, she said. “My whole goal is to grow organically and not too fast.”

Mentorship programs and large national firms do not always have a clear picture of scale when it comes to these brands. Meadows was invited to join the Beauty United mentorship program, which initially required a minimum annual revenue requirement of $500,000 that she said is out of reach for most Indigenous-owned brands at the moment. When she wrote them an email explaining this, they removed the requirement.

Indigenous founders also expressed the desire to ensure that their brands are motivated by more than just profit. Cheekbone Beauty, for example, plans to launch a foundation in the name of Harper’s grandmother, who was a survivor of the residential schools that Native Americans and Native Canadians were forced to attend across North America. It also donates 10% of its profits to support equal-opportunity education for Canadian Indigenous youth.

“We don’t want to just be in business to make money. The world doesn’t need another beauty brand at all,” said Harper. “We definitely wanted to have a bigger purpose than just selling lipstick.”

LaFrance-Chachere said, “[My brand] is a tool to create jobs on my reservation and off my reservation. What is really hurting our reservations is that there are no job opportunities.”

Prados Beauty donates 50% of its profits to Native American communities, including back-to-school clothing and PPE for reservations. Meadows said that when she told her friends about the plan to donate 50%, “they straight up just laughed,” but she is sticking with it.

“There’s no need to acquire anything else,” said Meadows. “That was my thought process when I said that I wanted to give away 50% of the profit.”

Sustainability and clean beauty ethos are also priorities — and they were well before they were adopted by mainstream companies. Cheekbone Beauty offers a line of lipsticks featuring biodegradable packaging.

“Indigenous people are truly the experts and the OGs of sustainability,” said Harper. “There’s actually Indigenous teaching about how what we do today impacts the next generation. Our ancestors, and elders, and massive leaders in our communities have always focused on the environment.”

Ah-Shí, meanwhile, offers a botanical skin-care line focused on clean ingredients because LaFrance-Chachere and her mother are both cancer survivors.

“When you go through something like that, you are very cautious of what you put on your body, more than anything,” she said.

According to Harper, the way to make a socially responsible business model truly viable is for consumers to vote with their wallets. “People have the power, and that happens at every checkout. When people are empowered and armed with knowledge and information, they can make buying decisions based on all that information.”