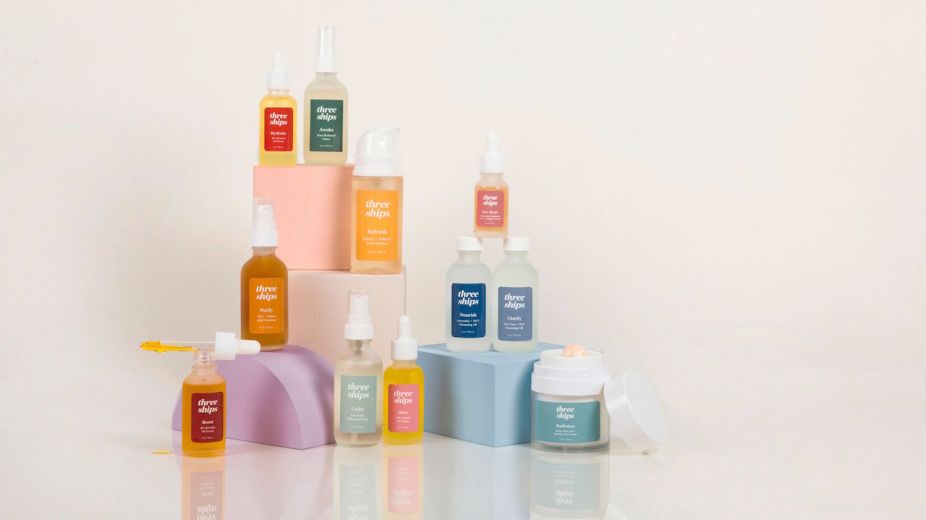 For an indie brand, getting into Target can seem like a ticket to a solid future. But actually being prosperous at Target is an entirely different matter.

The founders of Three Ships, a 3-year-old clean brand that expanded to 504 Target doors on Jan. 17, know this well. Target picked up six products by the brand for its in-store assortment and five for Target.com. Products range from $18-$36. Three Ships is already distributed through select Kohl’s stores in the U.S. and Hudson’s Bay in Canada, as well as independent retailers. But Target, which has doubled down on bringing in DTC and indie beauty brands like Function of Beauty and Winky Lux, is Three Ships’ largest partner to date. In order to fuel this new relationship and potentially expand to more doors or earn endcap exposure, Three Ships is relying on multiple digital levers to drive sales, including offering discount codes, building an unpaid digital community and expanding its influencer strategy.

“Brands that start off with millions in funding can afford to pour money into Facebook and Instagram ads, or get all the endcaps in stores across the entire nation,” said Lo. “For an emerging brand like ours, we have to be smarter with where we’re spending our marketing dollars. Getting a retail partnership is one thing, but growing with them is the really hard part.”

Though plans are not finalized, Three Ships expects to offer a 20% off coupon on Target shelves once every quarter for two weeks, to entice unfamiliar Target shoppers to purchase. Additionally, within Target’s customer app, Circle, an ongoing 10% coupon is planned. Three Ships plans to also provide gratis products to Target beauty consultants, which are available at select Target stores, and is distributing 25,000-50,000 samples of its Purify Cleanser to shoppers.

“We wanted the gratis to be at the same time as sampling, so a target beauty consultant tries it and can speak organically to the sample that they’re handing out,” said Lo.

In the digital environment, Three Ships has both paid and unpaid strategies driving to its Target selection. It will have geo-targeted ads across Facebook and Instagram for people who are within a three-mile radius of a Target location. Three Ships is using its own paid micro- and macro-influencers to promote the Target launch, as well as macro-influencers who regularly work directly with Target, such as Lauryn Evarts Bosstick, the founder behind the Skinny Confidential blog and podcast. Laura Burget, Three Ships co-founder, said the brand’s 2020 marketing budget was $50,000 and its current customer acquisition cost on Facebook is $35. Three Ships is also investing $10,000 a year in BazaarVoice, which imports and syndicates ThreeShipsBeauty.com reviews onto Target.com.

As an unpaid ongoing digital effort, Three Ships will launch a new customer program called Fleet at the end of January, which will be populated by influencers with followings of 5,000 -100,000 people and super-fan customers. Lo said the goal is to have 1,344 members by the end of 2021. Perks include custom affiliate codes of 20% off, which reward members with a 15% commission from a sale, and exclusive giveaways. Some Fleet members will also receive free products prior to launch. Three Ships is still evaluating whether Fleet will live on Instagram, through a Facebook group or through a Slack channel.

“Target is massively [important] for us, because it will significantly increase the eyeballs on our brand, as well as increase our distribution. A lot of consumers still discover beauty products through retail,” said Burget. “It’s definitely a game-changing moment for us, and is explosive in terms of the [distribution] we have in the U.S.”