Huda Kattan had not been back to New York, or the U.S., since before the pandemic, but the Dubai-based makeup mogul made her way back to the states to meet with press and influencers in advance of a June 13 product launch.

The named of the new product, dubbed the #FauxFilter Luminous Matte Buildable Coverage Crease Proof Concealer, presents a bit of an oxymoron. Kattan knows this, joking that it’s like “jumbo shrimp.” It will replace a concealer previously released by the brand, the Overachiever Concealer.

The new concealer comes in 29 shades and retails for $29 on Hudabeauty.com and at Sephora. Though it is officially went on sale on Monday, Kattan began posting about the launch on May 26, after sharing with her 50 million followers that, as a result of a social media leak, she would not only be revealing the concealer early, but, in fact, sharing her brand’s entire launch lineup for the rest of the year. She did so in a May 31 Instagram post.

Seemingly a perfectionist, she took time during the pandemic to reevaluate her assortment — nixing some, reformulating others and developing others for fans to look forward to.

Why did you decide to relaunch your concealer?

“We originally launched Overachiever Concealer, which was a really beautiful concealer. We still have some people who love it so much, but with all of our complexion products, I always want to see what people are saying on the internet. When we did a lot of social listening, there were definitely callouts [around] areas to improve. With all of our makeup, I’m always going to be looking for areas of improvement. There are new technologies and new ingredients. You always have to be working with manufacturers to find out, ‘If I were to tweak this and make it 1% better, what would I do?’ [In this case,] there was an issue where [the product] was creasing sometimes, and it was because we put too much pigment in the product, which originally was part of the plan. We took down the amount of pigment, added a couple of other ingredients and we ended up making a much more viscous product that moves with your skin, as opposed to just sitting. People might be upset about it, but they won’t be upset when they see it, because it’s the old formula, but so much better. It’s not as full coverage, but it builds to be full coverage.’

What does “luminous matte” mean, exactly?

“It’s matte skin, but when you move, it kind of has a luminosity, which is our skin.” 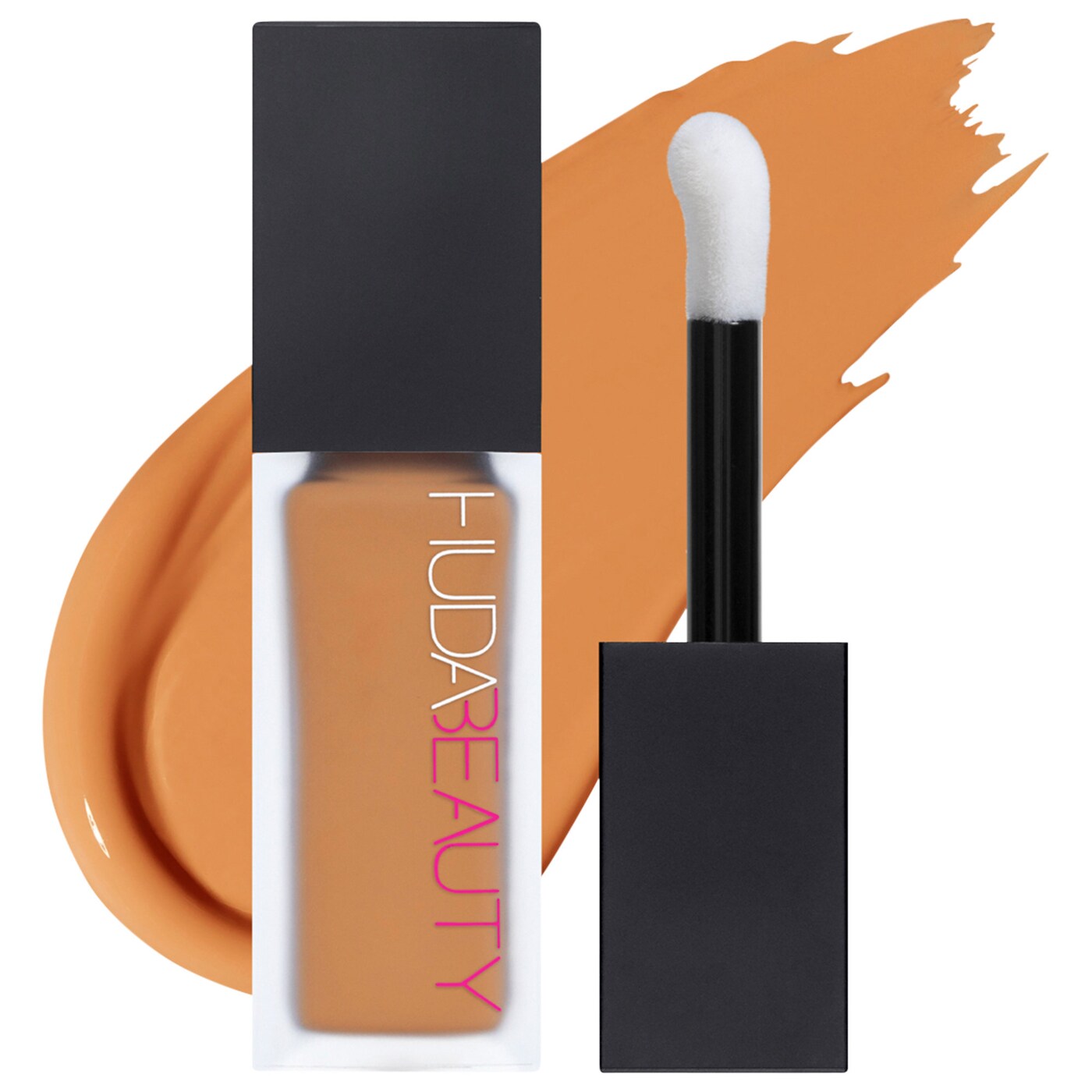 What motivates your brand to reformulate a product?

“I constantly send things — TikToks, videos, different [areas where] brands innovating and doing really cool things — to my team to get inspiration or to challenge them. That’s why they’re at Huda Beauty — they want to be challenged. You have to be obsessed.”

To what extent does social media impact product development?

“For me, it always has, because [Huda Beauty] was born on social media. When Instagram launched in 2012, we were just starting our products and we were going to launch in 2013. I was like, ‘I want to see tons of lashes on a vanity,’ ‘I want to see a bunch of little eyes [on the packaging].’ At that time, it was weird. I remember talking to the company that was distributing the products, and I was like, ‘I want eyes on the packaging.’ They were like, ‘You’re putting eyes on the packaging? That doesn’t make any sense.’ But I want everyone to see it, because you know what you’re gonna get.”

Is that so you can envision people posting about it?

“This is where I feel like my team has grown so much. Nothing can launch until you can see the visual and the whole vision. We talk about it, like, ‘This is what’s gonna happen on social. This is the inspiration. This is going to be the campaign. [These are] the marketing angles.’ Everything comes together.”

You probably also have to anticipate a chorus of opinions about every product you put out.

“Fortunately, and unfortunately. It’s good because it challenges you, but it’s bad because sometimes people will try to find any reason to say anything [negative] about a product, and that can be difficult. But it’s just part of what you go through. We’re always social-first. Everyone in the company has a social mind.”

What is the strategy for launching the concealer?

“I wanted to go more toward the makeup artists with this [launch]. I definitely feel like this is a makeup artist product, but at the same time, we really did simplify concealer. Concealer is always really complex. You have to use one that’s sometimes a little bit more brightening, one that’s lighter, one that’s more full coverage. This [concealer] is a really buildable one that’s easy to blend. It’s easy for the consumer to wear.”