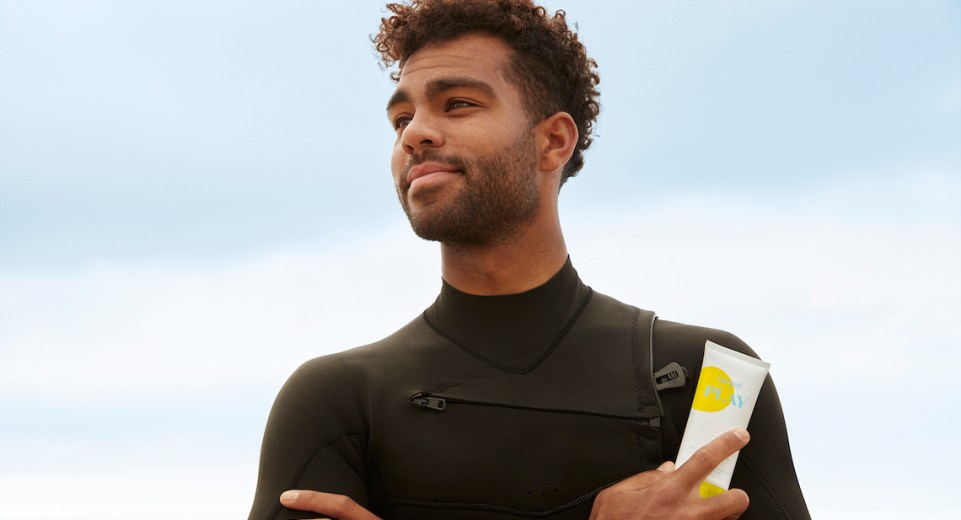 Supergoop is back with another summer sunscreen-focused campaign — but this time, it’s looking to bring male customers into the fold.

For three days starting on May 1, Supergoop is holding a New York City pop-up called Sunshine Shack Newsstand involving a takeover of the Soho News International magazine shop on Prince Street. It will include sampling opportunities of Supergoop’s hero products, customer portrait sessions and giveaways. In tandem, throughout May, Supergoop will be handing out 15,000 product samples with coffee orders from eight Blank Street Coffee locations across Manhattan and Brooklyn. The activation coincides with Supergoop’s “Every. Single. Day” campaign, launched in April, for its “Every Single Face” sunscreen, which debuted in March and is partially focused on attracting male customers.

Supergoop earned $40 million in 2018, according to Glossy’s previous reporting, and in December 2021, Blackstone Growth made a majority investment. The company’s DTC business and revenue have grown over 20x in the last 5-years, according to a brand spokesperson.

Meanwhile, the Every Single Day campaign runs between April 1 and the end of May via out-of-home billboards and poster ads, video ads on livestream gaming platform Twitch, connected TV advertising through Hulu, and a print ad in The New York Times Sunday edition on May 1. Every Single Day serves as an opportunity for Supergoop to advertise to men. It features two men in its video ads on Twitch, including filmmaker and chef Oliver English and surfer Hunter Jones. According to influencer marketing agency MediaKix, Twitch’s core demographic consists of 65% male users, 73% of which are under 35-years-old.

Britany LeBlanc, Supergoop’s vp of marketing, declined to share Supergoop’s percentage of male customers or cost of the campaign but said the investment was an increase compared to the brand’s May 2021 “Good Morning Supergoop” digital campaign.

“We took a step back and said, while consumption habits have changed, there are also different audiences that maybe we hadn’t reached before,” said LeBlanc.

This is a modest shift from Supergoop’s early days of marketing, when it hyped sunscreen as a beauty product sold in prestige retailers like Sephora in order to attract attention and support for wearing sunscreen every day. Instead, Supergoop is taking a mild wellness angle for men, wherein men who are confident and care about themselves also use a daily sunscreen. Supergoop has further gone after the male customer through editorial outreach to men’s publications like Men’s Health and in a “Today Show” segment for men’s grooming products.

“Looking ahead, men’s personal care sales are anticipated to maintain slow yet steady growth, driven by the market’s solid consumer base, as well as the hygiene staple status of most of its products,” said Olivia Guinaugh, senior beauty and personal care analyst at Mintel. “Incorporating wellness themes into products could help lift sales in the near term and increase category potential for the longer term.”

On its social media, Supergoop is leaning into the wellness element when it talks to men. In addition to the usual narrative around the importance of sunscreen, Supergoop posts featuring Jones on April 7 paired daily ritual suggestions like reflecting on a message from a loved one or something that “feels like sunshine to you.” This same format was repeated on April 20 with English.

“We coined this customer the ‘Wellness-minded Man’ and [sought to reach] him while he was hanging out on Twitch, or on urban panels above the subway on his walk to work,” said LeBlanc. “It’s about taking advantage of existing platforms, but also reaching new audiences in a way that we didn’t [before].”