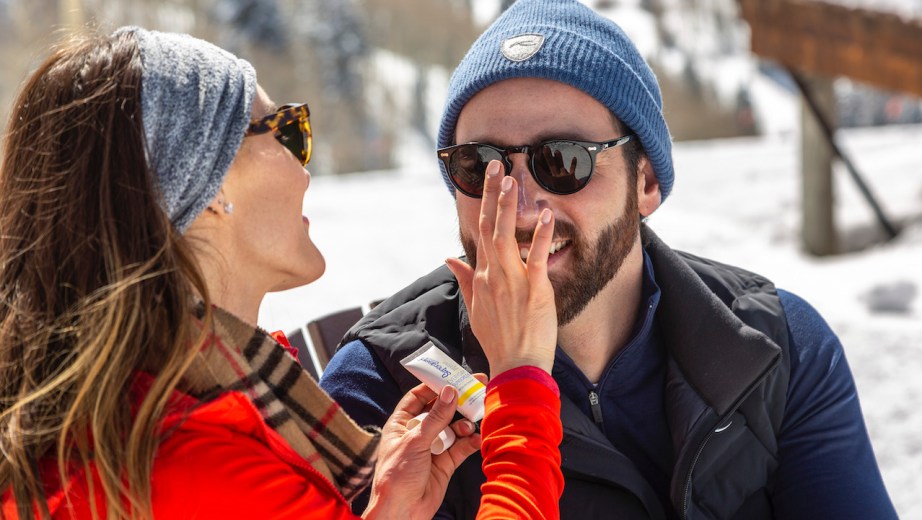 Sun-care brands are working to convince consumers that SPF isn’t just for summer.

Sunscreen and sunless tanning products are both considered seasonal because their sales are predominantly concentrated in the summer months. Sunscreen is often erroneously believed to not be needed during colder months, and people are more likely to be covered up than flaunting a tan in the winter. So, during the offseason, sunscreen and tanning brands are forced to switch up their social media messaging and marketing tactics to keep consumers’ attention.

As a global brand with a presence in Australia, the U.K. and the U.S., sunless tan and sunscreen brand Bondi Sands employs a slightly different approach for each market. In the U.K., Blair James, Bondi Sands’ co-founder, said the summer season is shorter than in other markets due to its particular climate, lasting only two months. Therefore, in 2020, Bondi Sands will begin rolling out its marketing campaign in the region sooner than in prior years, starting in March instead of June.

Bondi Sands focuses on anti-aging messaging versus skin health or skin cancer prevention because this topic is easier for customers to understand, said James.

“People think about skin cancer, and they say, ‘I’ll never get that,’ but everybody knows they’re going to age, so people will take precautions to stop that from happening,” he said. “That’s how we’re looking to market our messaging now.”

Additionally, Bondi Sands has one Instagram account and separate Facebook pages for the U.S., the U.K. and Australia, and during the winter, it features products on these accounts offering a lighter-color tan.

“It’s difficult because you are trying to teach people two things: You need to wear sunscreen all year round, but also you should wear clean sunscreen,” said Katonya Breaux, Unsun Cosmetics founder.

Leading up to the winter, Breaux said she runs a 10-week series of Instagram Stories called Sun 101 on her personal Instagram account, which has over 16,000 followers. There, she discusses sun safety, including why women of color should be using sunscreen. And during the winter months, on the brand’s Instagram account, which has approximately 14,000 followers, the hashtag #itsnotsummerscreen is used to remind its audience of the need for sunscreen year-round. Overall, 20% of the brand’s sales are made in the winter, said Breaux.

Supergoop employs a similar tactic, said Amanda Baldwin, Supergoop president. One of the first social campaigns the brand ever launched showed how the reflection of the sun’s rays on snow can be just as harmful as direct sunlight during the summer, she said. Since 2013, Supergoop has also relied on a partnership with Vail Ski Resort in Vail, Colorado in order to get products into people’s hands.

“In addition to the type of skin you have, we think about where and when you’ll be wearing sunscreen,” she said. “We believe we need to have people wearing this every day, so we have to understand where the consumer mindset is this time of year.”

Products are provided in bathrooms, hotel suites and in common areas, although Baldwin declined to say how many samples were provided. This kind of partnership is part of the brand’s broader brand awareness marketing, and therefore it was difficult to attribute direct sales to it, she added.

Overall, the sun-care market is expected to grow by 6% to around $25 billion by 2024, according to Transparency Market Research, likely due to a mix of product education by brands, shifts in merchandising by retailers and even changes in government policy. For example, beginning the week of Monday, Dec. 16, Ulta will have a tower of sun-care products near registers that customers may grab if they are going on vacation, said Lori Braun, founder of Australian sunless tanning brand TanTowel. Come 2020, Walgreens will no longer sell sun-care products below SPF 15, said James. Australia itself banned tanning beds in 2014, which has likely helped spur the growth and acceptance of alternative sunless tanning products in the region.

Sun-care brands are learning that reaching consumers in the off-season can be a challenge. Unsun spends 90% of its marketing budget between April and August, said Breaux. The company recently ran two paid social ads on Facebook and Instagram, in order to determine via engagement (measured by comments and likes) if people interested in sunscreen. The engagement results were “horrible,” she said, compared to similar posts run in summer, but she declined to elaborate.

Australian sunless tanning brand TanTowel also recently tried paid marketing on Instagram, working with an influencer marketing agency to find nearly 200 nano-influencers between October and December in the U.S. Typically, the brand spends 90% of its marketing budget during the summer, but it wanted to a test low-cost option around a new campaign. The goal was to drive sales during the slower season, increase traffic to TanTowel.com, acquire user-generated content and build overall brand awareness. Influencers were sent free products and asked to take before-and-after photos to post on social media. Braun declined to share initial results from the campaign but said the plan is to build this type of nano-influencing into the brand’s marketing over the next six months.

Much like Bondi Sands, TanTowel also pushes specific products during the winter instead of their whole assortment. TanTowel focuses on its face towels since that is one part of the face still exposed during the winter. Both brands also focus on promoting products that offer hydration, like a gradual tan body lotion, since winter air can cause dryer skin.