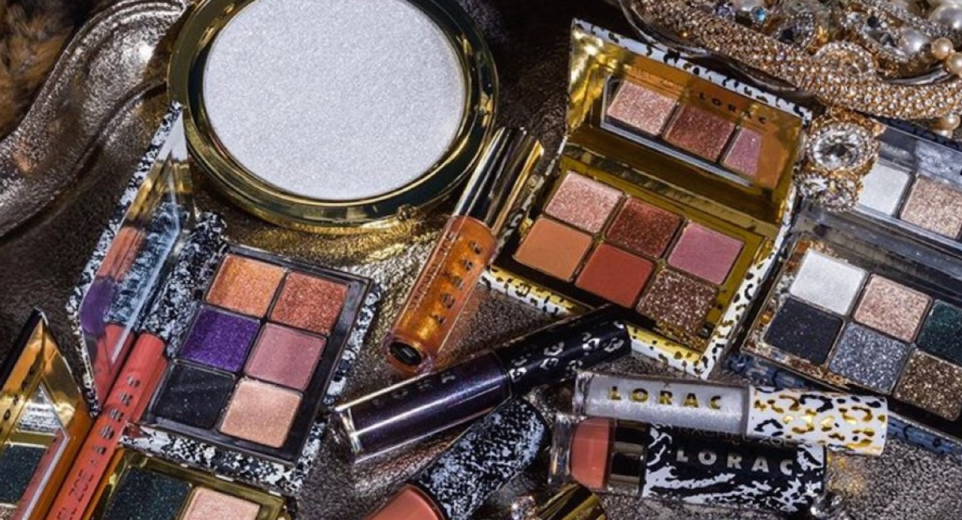 Lorac, the professional cosmetics brand founded in 1995 by celebrity makeup artist Carol Shaw, has been undergoing a transformation since its acquisition by Markwins Beauty Brands in June 2018. The goal for the beauty brand is to achieve $100 million in annual sales within by 2021.

Lorac has hit the reset button across all aspects of its business, from its social media strategy and influencer relationships to its retail partners and internal team. It began by migrating its business into Markwins’ portfolio, followed by making key strategic hires such as a general manager. It’s also begun expanding its retail presence in prestige retailers and is now relaunching its product portfolio. It is one of many heritage brands with an early cult following that has aimed to revitalize over the past few years; Markwins sees an opportunity for a cosmetics brand formulated for sensitive skin, considering clean makeup is primed as the next innovation in the category.

At the brand’s peak in the mid-2000s, annual revenue was approximately $100 million, but it had been earning only about $25 million in sales when Markwins acquired it from private equity firm Encore Consumer Capital, said Stefano Curti, Markwins Beauty Brands global president.

Markwins is the owner of mass brands Wet N Wild and Physicians Formula, and Lorac is its first prestige brand. Lorac had not only seen sales diminish but also its brand reputation decline since Shaw’s affiliation with the brand ended following the private equity involvement. The brand had moved away from work with makeup artists entirely, and product innovation was lagging, said Rachel Shelowitz, Lorac general manager.

Since its acquisition, Lorac has worked to elevate the brand and reconnect with its artistry roots. Lorac, which first launched at Ulta, is now in over 600 Ulta doors. It signed makeup artist Kelsey Deenihan as its first artistry adviser in August, doubled the size of its corporate brand team to 20 people in 2019 and will launch online-only with Macy’s on Dec. 3.

“We have two main points of differentiation from artistry brands: We think of ourselves as treatment-based, professional makeup, and Lorac was launched as an accessible brand in terms of price point,” said Shelowitz. Lorac’s foundation ranges from $35 to $38, while full-size palettes range from $39 to $59.

Post-acquisition, 2018 was spent on-boarding the brand into Markwins’ vertically integrated supply chain and moving the brand’s office to Markwins’ in downtown Los Angeles to help with employee recruitment, said Curti. Starting in 2019, Lorac focused on stepping up its marketing, retail partnerships and new product launches. The brand has also expanded its makeup artist relationships, enlisting people like Hayley Kassel and Emma Willis to use Lorac’s products on celebrity clients. Within the last quarter, Lorac sales have increased 30% within stores, Curti said.

The team has also reformatted its social media strategy, particularly Instagram, where it has over 2 million followers. The brand hired a social media manager in June 2019 and holds photo and video shoots in-house about three times a month for product campaigns and how-to tutorials. About 20% of Lorac’s posts are now user-generated content, through the hashtag #LoracCosmetics. Its social following has increased by 20% since September, with the brand “occasionally” paying influencers, said Shelowitz. Lorac has relied heavily on gifting products to makeup artists, with a focus on awards season and New York Fashion Week.

“Artists should be given the same red-carpet treatment as influencers because they are the most influential people for our brand [and industry],” Shelowitz said. “We are trying to see how far we can go without spending that kind of [social media] money,” she said.

Curti said, to date, Markwins has invested “tens of millions” of dollars into Lorac’s revival.

“Lorac is extremely strategic because it complements our portfolio as well as expands Markwins to the prestige channel,” he said. “Markwins built its portfolio through acquisitions, so we know when the brand and its equity are bigger than the [sales].”

As the brand enters 2020, it will focus on expanding into prestige retailers like Nordstrom and into international markets, including parts of Europe and China. In the second quarter of 2020, Lorac’s complexion category will relaunch with new formulas to be more in line with the clean movement. It will also expand its shade range from 10 to 25 and introduce new packaging to coincide with the brand’s 25th anniversary, said Shelowitz. The brand has not done any product re-formulations and packaging updates in seven years.

By the end of 2020, most Lorac categories will have relaunched to align with the new look and clean formulations. However, Lorac’s traditional paper-based packaging for palettes will be retained, because of its popularity with makeup artists (it’s easy to transport, according to feedback) and its lack of bulk, allowing for more products in displays, Shelowitz said.

“We aren’t reinventing the brand, but we are going back to where we started,” she said.