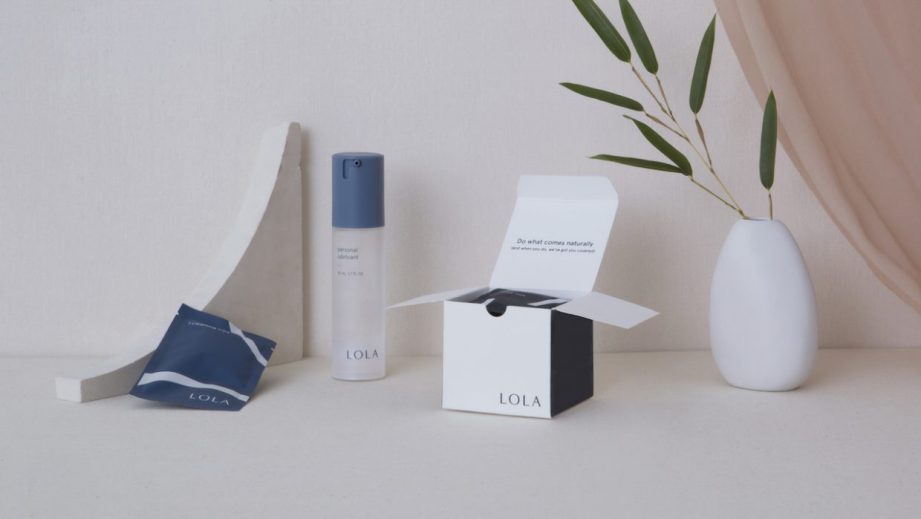 When feminine hygiene brand Lola debuted its sexual wellness products in May 2018, it set the stage for the brand to become one that can cater to every stage of a woman’s reproductive life.

The new products fell outside of its hero tampons and included condoms, lubricant and personal wipes. Within one month, sexual wellness products made up 10% of Lola’s sales and boosted overall sales by 37%. To date, the sexual wellness category has grown to 14% of the brand’s sales, and almost 40% of new customers are purchasing at least one sex product. Additional products, like dental dams, are being requested by shoppers.

Though Lola customers were not asking for these products last year, Monica Belsito, Lola’s brand product strategy lead, explained the brand saw the opportunity to be a one-stop shop for women, whereas historically, there’s been a separation between products for menstruation and sex (i.e., Always for pads and tampons, and Trojan for condoms).

“Beyond ingredient transparency, once we started talking to women about periods, we learned there was a lack of education and conversation around period health,” said Belsito. “We figured this was a feeling of being alone and unprepared in one’s reproductive health.”

The creation of its sexual wellness products followed a simple trajectory: Lola set out to gather qualitative data from 3,000 customers via email surveys, as well as general population data from a third-party survey provider. Following this, the brand conducted focus groups with about 20 customers, and after creating its three core products, Lola did at-home testing to gauge user satisfaction among 120 women.

“The functional solution of a product is important but equally important is the educational component within our categories. It’s not just about ingredients, but it’s also saying, ‘Here’s what’s going on with your body,’” said Belsito. In September 2018, Lola’s sexual education content on its blog debuted, as did its sexual wellness kit (which included all three products together).

The email surveys and focus groups dug into whether customers would be receptive to Lola making sexual wellness products and what pain points existed with current condoms, lubricants and the after-sex cleanup process. What Lola found was that 57% of women felt judged when they shopped for condoms, since that is typically a male partner’s responsibility. Fifty-seven percent of women also wanted to know more about the condoms they use, including how effective they are and what they’re made of. Women were also skeptical of condoms that promoted hot-cold features or ribbed textures.

“We spend a lot of time digging into the emotions surrounding [sexual wellness],” said Giny Ferraro, Lola’s senior product development manager. “We saw how women feel about this category and how it only speaks to men. We needed to shift the focus.”

When it came to at-home testing, Lola conducted three separate groups of at least 30 voluntary, unpaid participants, with each group testing out one product. The purpose of the at-home test was to determine user satisfaction, and with condoms specifically, to find out which of two manufacturers produced a better product. Participants were instructed to maintain a diary around their interaction with the product, and use it between five and 10 times. Then they filled out an in-depth, 35-minute survey about their experience, which featured open-ended questions. For condoms participants, they were also asked to have their partners engage in the study to get both perspectives.

Going forward, Lola will use this type of testing methodology as it further expands its sexual wellness category.

By understanding how women felt, the brand was able to create a product that offered ingredient transparency. It also created a campaign called “Let’s Talk About It” that spoke to all the aforementioned issues. The campaign, which launched in July 2018, asked women to call a special phone number and listen to recorded messages from people like Lena Dunham and Dr. Corina Dunlap about post-sex surgery or libido; callers were also encouraged to leave their own messages. When the brand launched its 50-page sexual wellness guide in the fall, it included information on anatomy, how to talk about sex, how to have it and consent.

“The key is that with a DTC model, consumers feel very connected to your brand, and feel very free to tell you openly and honestly how they feel. It’s the continuous feedback loop, where they tell us what they need and when it’s a new thing she hasn’t thought of before,” said Ferraro. “If we aren’t solving a problem with a good solution, there is no point.”