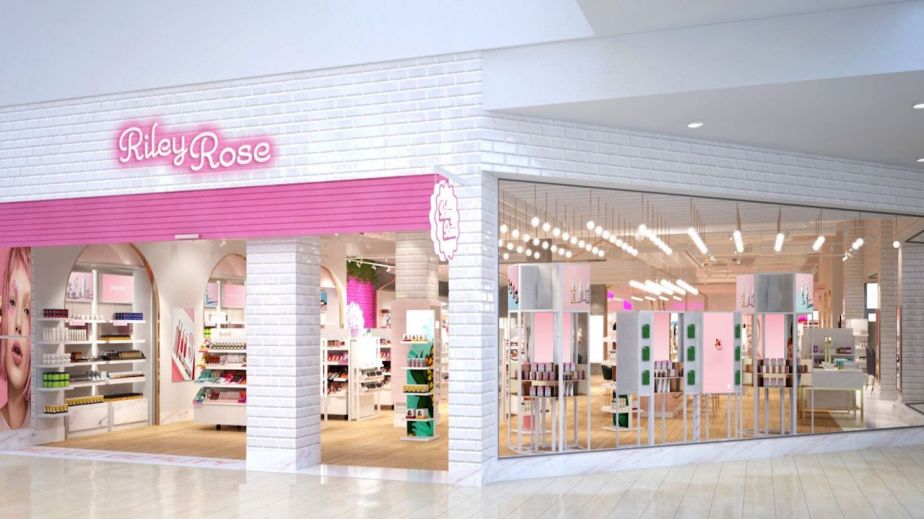 With the rumors that retailer Forever 21 is headed toward bankruptcy, the role and financial health of its separate beauty retailer, Riley Rose, is being put under the spotlight.

Riley Rose was founded in 2017 by Linda and Esther Chang, daughters of Forever 21 founders (and husband and wife) Do Won Chang and Jin Sook Chang. It opened its first store in Los Angeles and currently has 15 locations in 11 states, which stock over 200 Gen Z-friendly brands like The Crème Shop and Frank Body. Business of Fashion reported in January that Riley Rose planned to “nearly double” its number of stores in 2019; as such, the company was expected to make up 10% of Forever 21’s sales within five years. So far in 2019, five Riley Rose locations have closed and three have opened, including a “pop-in” shop in a Forever 21 flagship in New York City, as the company has tried to adjust its real estate strategy.

As a private company, Forever 21’s finances are opaque. This makes it hard to determine with any certainty the exact nature of the relationship between the companies and what role Riley Rose may or may not play in any bankruptcy proceedings. It is supposedly run separately from Forever 21, but even if operations are separate, financials could still be entangled.

David Tawil, president of Maglan Capital, a hedge fund that specializes in bankruptcy and restructuring, said that if the two companies’ financials are indeed separate, Riley Rose would not necessarily be involved in the bankruptcy filing. The caveats would be if Riley Rose is also listed as a borrower on the same loan documents as Forever 21 or if there is a cross-default provision stating that if Forever 21 defaults on a loan, so does Riley Rose.

“My guess is that Riley Rose is likely [included in any bankruptcy],” said Tawil. “Most retail chains, to the extent that they do have multiple brands, have them all as borrowers under the same credit facility.”

The biggest concern for partner brands, however, is not necessarily whether Riley Rose would be included in a possible filing, but what impact this could have on its relationships. According to Paula Rosenblum, managing partner at retail analyst firm RSR Research, brands may not need to be concerned because Forever 21 could use debtor-in-possession financing (a special form of financing provided for companies in financial distress) after filing for Chapter 11. However, similarly to the case with Barneys New York, brands sold at Riley Rose that have not yet been paid may face issues with receiving payment.

When it first launched, Riley Rose was positioned as a destination for Gen Z and young millennials wanting to buy up-and-coming brands that were otherwise unavailable in the U.S. While the retailer does appear to offer brands unavailable elsewhere, such as a cosmetic brand Glitter Injections and nail polish brand Floss Gloss, it cannot be determined if these are officially exclusive offerings. Riley Rose and Forever 21 were not available for comment. Unlike Sephora with Drunk Elephant or Ulta Beauty with Kylie Cosmetics, Riley Rose has not had a breakout brand to establish itself as a destination. The more prominent brands Riley Rose does offer, such as skin-care brands Korres and Kopari, all have established distribution elsewhere.

What is clear, though, is that Forever 21 has been struggling for a while. Back in 2016, the Wall Street Journal reported that its shipping partner dropped the retailer due to slowing business. It closed four of its seven U.K. stores in 2017 after posting a loss of more than $40 million in 2016, according to an annual report filed with the U.K. government. Forbes found the company has been reportedly downsizing its stores — the average size of a Forever 21 location is now 21,000 square feet, versus 38,000 square feet at its peak, as noted on its website. The retailer also sold its Los Angeles headquarters building for $166 million in December 2018, according to the Los Angeles Times.

Tawil said that it is up to lenders to determine is Riley Rose’s future, whether that entails a sale or complete closure.”The systemic issues with retail aren’t secret: There are too many stores, there’s more shopping online, and Forever 21’s customers’ tastes change quickly,” he said. “The way retail bankruptcies have gone, most have ended in liquidation.”