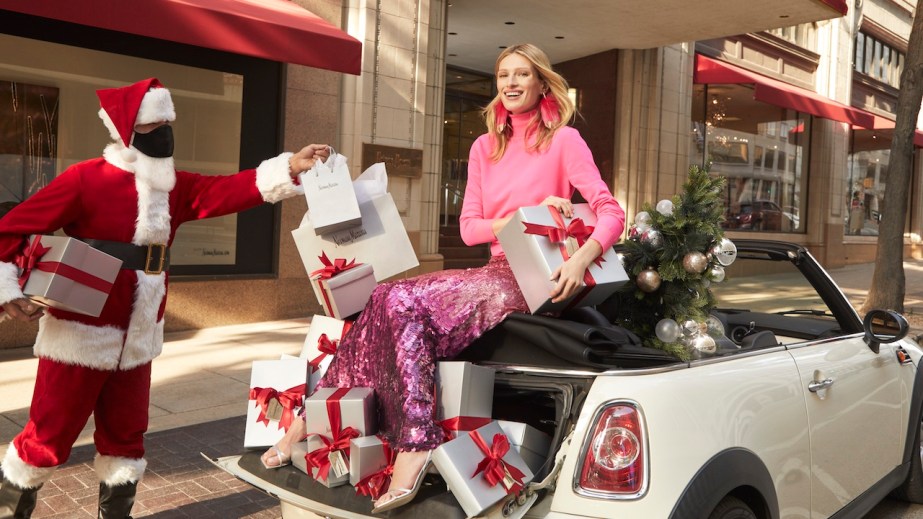 How beauty retailers prepared for the pandemic holiday season

This story is part of our week-long series on the strategic trends among fashion and beauty brands for holiday 2020.

Multi-brand retailers have had several months to strategize around — and worry about — holiday shopping, given Covid-19.

Brick-and-mortar stores have had to limit capacity to 25-50%, remove product testers and deal with lower foot traffic. But the holiday shopping season historically makes up a massive chunk of annual sales; the National Retail Federation reported that holiday sales averaged about 19% of annual retail sales over the last five years. And according to a 2018 story from CNBC, some retailers depend on this season even more so. Macy’s, for example, earns nearly 35% of its annual sales from holiday shopping, while JCPenney earns 32%. But holiday sales will likely look very different this year.

“We’re expecting strong sales during the holiday season, and we believe customers are going to shop a little bit earlier to avoid coming into stores. But, I also expect to see a stronger online season than we may see in the stores,” said Michelle Gill, Neiman Marcus vp and divisional merchandise manager for beauty, though she declined to provide specifics.

Neiman Marcus notably filed for bankruptcy protection in May, becoming the first of many department stores to do so, including Lord & Taylor and JCPenney. It emerged from bankruptcy at the end of September and confirmed it would undergo layoffs, though it never specified how many jobs will be impacted or the downsizing timeframe.

Gill said that even pre-pandemic, Neiman Marcus focused on improving its e-commerce by adding better and more digital content, enhancing product descriptions and incorporating more product imagery. In April, the retailer accelerated the launch of its internal iPhone app called Connect, initially planned to debut in December 2020, which allows its nearly 5,000 in-store associates to assist and engage with their clientele digitally. Gill did not share specific sales results but said that Connect has facilitated more cross-selling between sales categories.

It also launched in mid-November an online gift service, where customers take a quiz and receive recommendations for gifts. Gill noted that customers are going into stores, but not to browse. Instead, it’s a more hurried endeavor rather than a discovery experience. Neiman Marcus has maintained its in-store testing with guidance from sales associates, unlike most other beauty retailers. However, it’s no longer offering shade-matching or makeup services, according to Gill.

“What this [experience] has really allowed us to do is gain all these extra tools in our toolbox, [including] what we were already working on and additional things that we’ve now added out of necessity and will enhance our selling process,” Gill said.

Kecia Steelman, Ulta Beauty chief store operations officer, also agreed that holiday shopping habits in-store have differed this year. She said that in the past, there were “holiday browsers.”

“Now, when people are coming into the store, they’re coming in with purpose,” she said.

From an operational mindset, Ulta Beauty opened in May a fast-fulfillment shipping facility in Jacksonville, Fla. Between August and October, it also expanded e-commerce fulfillment to its Chambersburg, Penn., Greenwood, Ind. and Dallas distribution centers. In addition, it expanded its ship-from-store program to 105 stores. E-commerce sales for the third-quarter grew approximately 90% year-over-year, with buy-online, pickup-in-store totaling 16% of e-commerce sales, doubling the percentage of buy-online and pickup-in-store orders from 2019, according to third-quarter earnings. Steelman said that, to aid its e-commerce fulfillment, Ulta Beauty paced out its Black Friday deals to avoid a massive influx of purchases on a single day. Twenty-four hour sales and deals began Nov. 22. There was another one on Nov. 24 and a final one on Black Friday itself.

Mary Dillon, Ulta Beauty CEO, also said in its third-quarter earnings call on Dec. 3 that Ulta Beauty “reduced [its] exposure to limited-edition holiday sets and [is] leaning more into core product” to maintain flexibility and manage inventory risk. Overall, net sales in the third quarter decreased by 7.8% year-over-year to $1.6 billion.

Ulta Beauty has doubled-down on its AI and AR plans this year, allowing for more targeted and personalized marketing. Steelman said that Ulta Beauty can track what customers are browsing and purchasing on desktop and mobile e-commerce, and adjust the assortment presented based on this history. According to third-quarter earnings, transaction volume in the third quarter declined 15.4% year-over-year, but the average transaction price increased by 7.6%.

According to eMarketer, U.S. holiday retail sales will grow less than 1% to $1.01 trillion. E-commerce sales will jump to 36% and ultimately account for 19% of total retail sales.

As Business of Fashion reported in October, mainstay touches of Bloomingdale’s holiday store traditions have vanished. That includes makeup services — plus an engraving station that usually sits in the middle of the beauty department has been moved away from shoppers.

But it’s introduced custom wrapping paper with customers’ faces printed on them in-store, flash sales and DoorDash same-day delivery (which its parent, Macy’s, is also employing). Macy’s Inc. – which also reports for Bloomingdale’s and Bluemercury – reported on Nov. 19 in its third-quarter earnings that same-store sales from August 1 to October 31 declined by more than 20%, while e-commerce sales grew 27%. That was not enough to offset losses at its stores.

Stacie Borteck, Bloomingdale’s svp and general merchandise manager of cosmetics, said that the retailer started to see gift kits sell earlier than in prior years, starting in October. For its e-commerce business, Bloomingdale’s added concierge services for personalized gifting and 60 people for beauty consultations for the holiday season. Borteck declined to state e-commerce growth sales or the status of in-door sales. But according to a presentation given in September at the Goldman Sachs Annual Global Retailing conference, e-commerce sales accounted for 25% of Macy’s Inc.’s business in 2019, while today it’s over 40%. Luxury represented 30% of Bloomingdale’s second-quarter business compared to 20% during the same period in 2019.