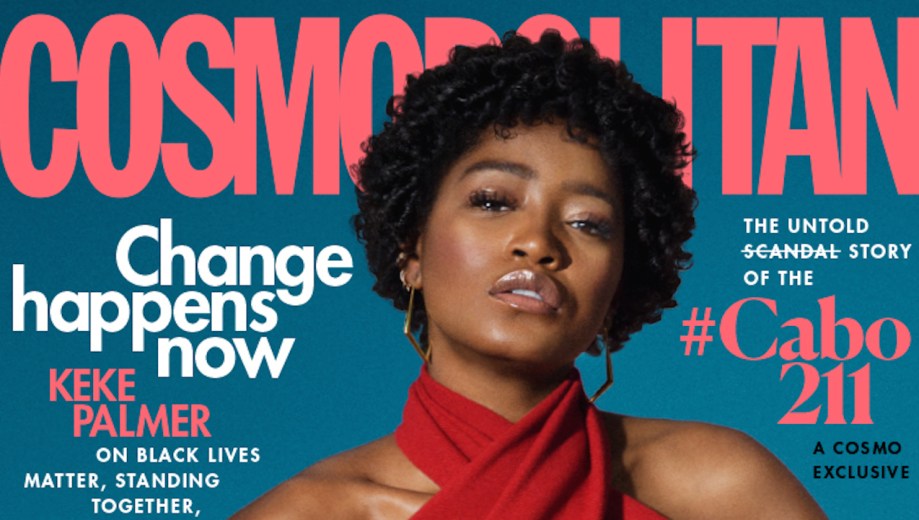 The pandemic has upended nearly all aspects of normal life in the last four months, and since May, Black Live Matter has emphasized the chronic problem of racism occurring in society. Both cultural moments have forced those in the news industry, in particular, to pivot their businesses. Advertisers have cut back on print and digital ads, and titles are confronting their own coverage in the context of BIPOC readers. For beauty-centric titles, which are so closely entwined with consumers, this means rethinking their coverage of at-home products and amplifying BIPOC-owned brands simultaneously.

When quarantine began in March, Hearst’s Women’s Health also shifted its beauty content toward at-home treatments and DIY, said Kristina Rodulfo, Women’s Health beauty editor. Based on a statistic from Hearst consumer research, 46% of people are using less makeup now. Rodulfo will have a story in the October print issue on the “make-under,” as opposed to makeovers. She added that, pre-coronavirus, Women’s Health would publish stories on beauty services that made sense for the office environment, but that moving forward, it will cover more at-home treatments and semi-permanent services, like lash extensions, and the use of beauty tools. Women’s Health published five online beauty stories per week pre-pandemic, but that’s increased to seven stories a week during the quarantine and will continue for the foreseeable future.

“Adding those two extra stories has increased beauty readership by 56%,” Rodulfo said. “We know that more people are spending more time reading on their phones or online, and that is one example of how we have been able to grow.”

Black Lives Matter also prompted Women’s Health to address the need for better beauty-representation in its content. Women’s Health has implemented a goal to better showcase BIPOC brands: At least 15% of all its e-commerce and product stories, in both print and digital, will feature BIPOC brands. In late July, Women’s Health will launch an awards series in recognition of standout skin-care brands, and 27% of winners are Black-owned brands, said Rodulfo.

Meanwhile, fellow Hearst publication Cosmopolitan published an action plan in response to Black Lives Matter on June 17, which stated that its staff was 29% BIPOC and that it had created a voluntary inclusion committee. Cosmopolitan also said it will ensure its BIPOC representation in imagery is at least 50%, though the publication did not state where representation currently sits. Women’s Health did not address the breakdown of its staff.

“One of my biggest goals coming over from Essence was to infuse more visibility for our readers of color, so they see themselves celebrated. [I want] to really talk about the specifics of [BIPOC] beauty, not just seeing a single darker shade of foundation thrown in,” said Julee Wilson, Cosmopolitan beauty editor.

In, June, Wilson wrote an online story on 125 Black-owned beauty brands to support (though she joked she could have easily made it 250), and that will play forward to a September print feature story on the importance of celebrating and discovering Black-owned companies. Another September feature story will be on playing up eye makeup, since it’s the most prominent and seen feature of a person’s face due to PPE facemasks. Wilson said she expects self-care and wellness to be another long-term shift in coverage for Cosmopolitan and that her team is producing 20-30% more wellness stories. Cosmopolitan and Hearst said one-third of all U.S. beauty spending is done by Cosmopolitan’s audience, demonstrating the power that the magazine has with directing its readers to purchase from BIPOC-beauty brands.

Hearst, unlike Condé Nast, has not come under fire during the Black Matter Movement for racism. However, it has pushed back against unionization efforts, and approximately 500 Hearst employees are voting on whether to join the Writers Guild of America via mail-in ballots. The vote will be revealed no late than July 20.

From an advertising perspective, Hearst has seen cutbacks, however Todd Haskell, Hearst Magazines svp and CMO declined to provide specifics. But it’s hoping its free virtual events and proprietary consumer research (which it provides to advertiser partners for free) can strengthen existing relationships. Haskell declined to say what percentage of Hearst Magazine revenue is based on advertising, but the company was banking on building out its in-person events business for 2020. On June 24, Hearst held its first virtual beauty event after hosting its first digital health and wellness summit in April. There were nearly 600 people at the beauty event, which exceeded the possibilities of Hearst’s in-person events, which have a room capacity of up to 175 people, said Haskell.

Hearst Magazines has notably not undergone any furloughs, layoffs or salary cuts since the pandemic reached the U.S. According to Hearst Magazines, overall print subscription sales increased by 87% year over year in April, while May grew by 77%. Growth is even more pronounced with beauty and wellness brands, with Cosmopolitan Magazine and Women’s Health both growing more than 125% over the same two-month period. And based on Comscore data, Women’s Health saw a 3% bump in online readership between April and May, though Comscore was unable to provide Cosmopolitan data. Hearst Magazines declined to provide information on any drop in newsstand sales; according to Folio, newsstand sales account for less than 10% of overall publisher revenues.