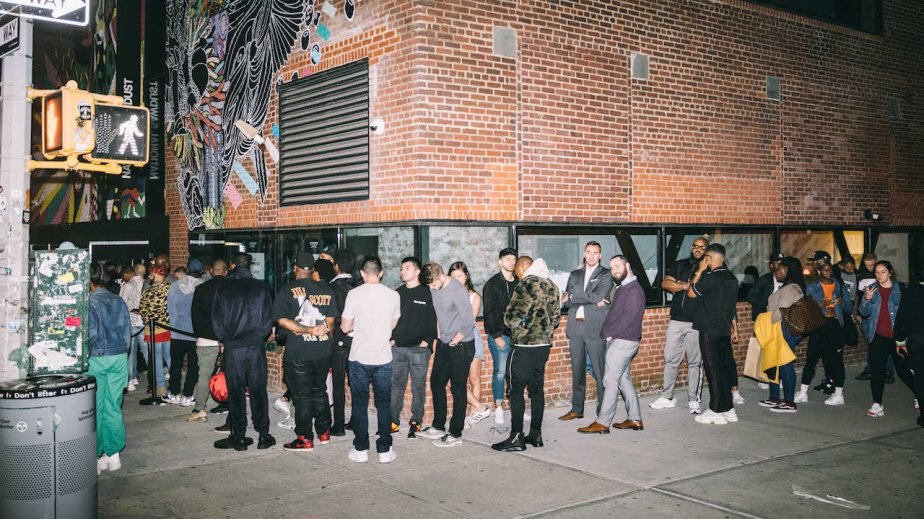 Marketing for Aventus Cologne, which debuted Sunday, started with a concert event in partnership with streetwear publisher Highsnobiety on May 15, where only 50 bottles were available for purchase, for $435. House of Creed will also utilize aspects of the streetwear scene through its own in-store events in New York City, Beverly Hills, Miami and Las Vegas, beginning June 14 during Father’s Day weekend. In addition, the brand will use a guerrilla marketing campaign, influencers and its largest-ever sampling program to create buzz for Aventus Cologne.

Creed is distributed through 250 brick-and-mortar locations, like Bergdorf Goodman, Neiman Marcus and Saks Fifth Avenue, as well its four standalone boutiques. To grow, the 259-year-old brand — which has a core customer base between 30 and 50 years old — opted to recruit younger customers below 30 years old, rather than expand distribution. Aventus Cologne is slated to do $10 million in sales during its first 12 months, and Creed’s total North American business is growing at a rate of at least 14% every year, said Emmanuel Saujet, CEO of International Cosmetics & Perfumes, the North American distributor for House of Creed.

“The dilemma for us was how to attract new clients without being in more points of sale in America, like everyone else,” said Saujet. “That was a big challenge, and we realized that we have to diversify a bit and put a new message out there to attract customers who are interested in a [virile], fresh lifestyle.”

There are aspects of Creed that do organically relate to streetwear and the so-called hypebeast culture that focuses on trendy, hard-to-access fashion and lifestyle items. For example, there are private Facebook groups dedicated to House of Creed and community-driven debates on Instagram about which fragrance is superior. But there are also disparate brands and categories, from Evian water to Major League Baseball that have tried to latch onto to the streetwear concept, some of which have been called out for logo-slapping.

“To us, luxury is about four pillars: heritage, quality, craftsmanship and scarcity,” said Thomas Saujet, president of International Cosmetics & Perfumes. “And that approach applies to every aspect of fashion, including couture, ready-to-wear and streetwear. Younger consumers are looking for ways to experience luxury, and fragrance is a great entry point for that.”

To complement and prolong its streetwear approach, Creed will also tag “Aventus Cologne” on sidewalks in New York City, Miami and Beverly Hills for the next two weeks (starting June 3) to announce the fragrance. In-store events during Father’s Day weekend will be inspired by Japanese artist Yayoi Kusama and her “Obliteration Room” art installation — notably, her work has been appropriated by the streetwear community. Creed is also releasing 300,000 Aventus Cologne samples through retail partners and its website, from June through August. Typically, it distributes between 50,000 and 100,000 samples for launches, Saujet said.

In the lead-up to the launch, Creed held a weeklong influencer campaign in Berlin in May that brought together for the first time all its international distributors, alongside 22 unpaid influencers like Alex Costa (@alexcosta, 616,000 Instagram followers) and Alyssa Coscarelli (@alyssainthecity, 234,000 followers). The average age of the influencers was about 24 years old, said Saujet, in order to reach its desired younger audience.

Creed saw Instagram posts reach nearly 1.5 million people and earn 6.8 million likes and comments. It also gained 5,500 new followers for the brand’s own account (@creedboutique) in less than a week.

“[We] took a gamble. If you asked me five years ago if we would do streetwear, I would have said no,” Emmanuel Saujet said. “But the brand has evolved from an underground and under-the-radar brand. It’s not [completely] mainstream, but very desirable.”